The original name of the Vega star, is Wega. This was derived from a loose transliteration of wāqi‘, which means “falling” or “swooping” in Arabic. It refers to “the falling or swooping eagle” or an-nasr al-wāqi’. The constellation of Lyra was depicted as a falling eagle or vulture in ancient times in Egypt and India. The name Vega was officially approved for Alpha Lyrae by the International Astronomical Union’s (IAU) Working Group on Star Names (WGSN) on June 30, 2016. 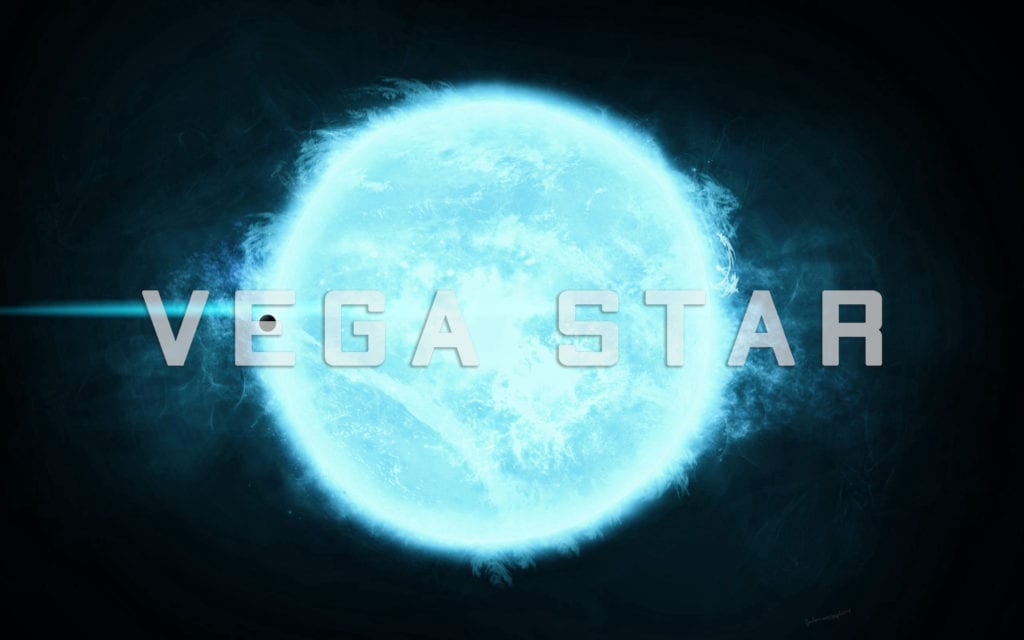 Vega is located around 25 light years distant from Earth and the Solar System, in constellation Lyra. It can be seen from latitudes north of 51°S, but not from the southernmost parts of South America. For those living north of latitude 51°N, the star is circumpolar (it never sets below the horizon). 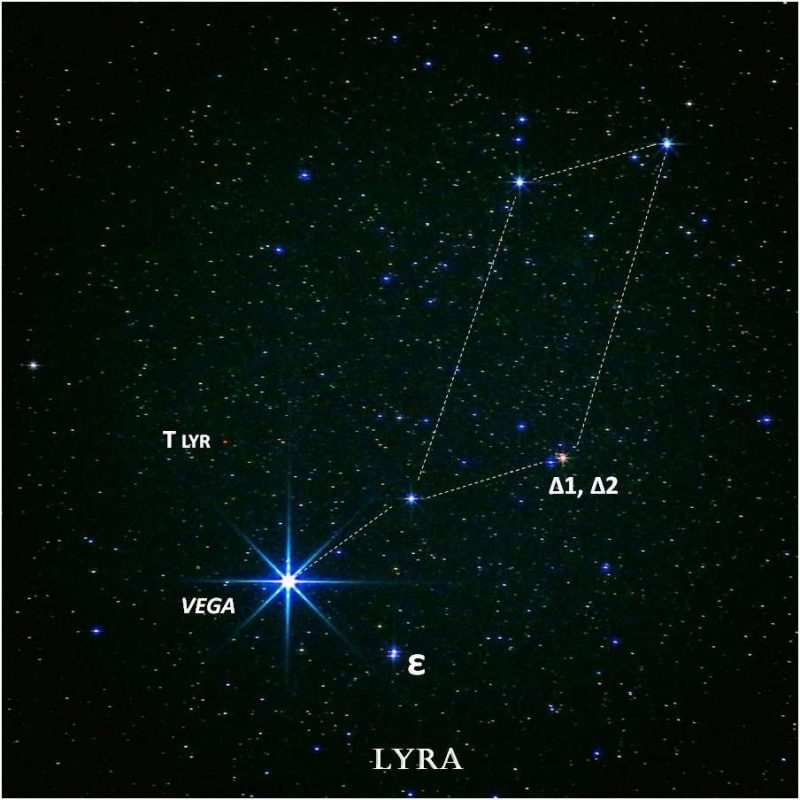 Vega is one of the three stars that forms the prominent asterism the Summer Triangle, along with the bright stars Altair in Aquila constellation and Deneb in Cygnus. 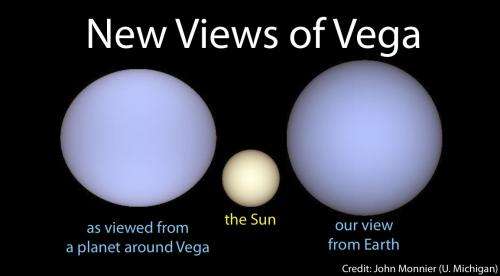 Vega is a bluish white main sequence star that belongs to the spectral class A0 V. It is still fusing hydrogen to helium in its core and will eventually evolve into a red giant and later become a white dwarf.

Vega has an apparent magnitude of 0.03 and is 40 times more luminous than the Sun, making it one of the most luminous stars in the vicinity of our solar system, along with Sirius and Arcturus, which are also nearby (8.6 and 37 light years distant respectively). It is 2.1 times as massive as the Sun.

Vega is thought to be a suspected Delta Scuti variable, showing occasional low-amplitude pulsations and variations in luminosity. It is also a very fast spinner, rotating at a speed of up to 236.2 km/s at the equator, or 87.6 percent of the velocity that would cause it to start breaking up. It completes a full rotation around its axis every 12.5 hours. As a result of centrifugal forces, the star’s equatorial region is bulging outward and the temperature of its photosphere is higher at the poles than at the equator.

The star has a circumstellar disk of dust in its orbit, and irregularities observed in the disk indicate that there is at least one planet orbiting the star. It is thought to be comparable in size to Jupiter.

Vega is used as a zero point for the color index, the numerical expression that determines the color of an astronomical object. Stars that are hotter and bluer than Vega have a smaller color index, while those that are redder and cooler have a larger one. Vega’s U-B and B-V color index is set at 0.00.

Vega is also used for its brightness. Its brightness is used to define zero magnitude for the visible and near infrared parts of the spectrum, with small adjustments. The zero point was originally established by assigning Polaris a magnitude of 2.00, but once astronomers discovered that the North Star was variable, they settled on Vega as the reference star.

Vega’s estimated age is 455 million years. It was the first star to be photographed and have its spectrum recorded. It was photographed on July 17, 1850 by John Adams Whiple and William Bond at the Harvard College Observatory, using a 15-inch refractor telescope and the daguerreotype process. The star’s spectrum was first photographed in August 1872 by Henry Draper.

In 1979, observations with an X-ray telescope revealed that Vega was an X-ray emitter. At the time, Vega was the only main sequence star beyond the Sun known to be an X-ray source.

In 1983, the Infrared Astronomical Satellite (IRAS) detected an excess of infrared radiation coming from Vega. This indicated the presence of a circumstellar disk of dust, making Vega the first star known to have one.

Is There A Planet?

In 1997, the James Clerk Maxwell Telescope discovered a bright central region about 9’’ northeast of Vega, appearing as an irregularity in the star’s dust disk. Astronomers thought this indicated the presence of a planet and, in 2005, they narrowed down the size of the hypothetical planet to 5-10 times the mass of Jupiter. However, two years later, observations with the Plateau de Bure Interferometer revealed a smooth and symmetric debris disk, without any evidence of the previously reported irregularities.

In 2012, the Herschel Space Telescope confirmed the smooth structure of the disk. Even though there is no evidence of a massive planet, there still may be smaller planets orbiting Vega at a closer distance, but these would be much more difficult to detect.

Vega was the nearest star to the North Celestial Pole around 12,000 BCE and will take over as the northern pole star again around the year 13,727.