Facts About the Dwarf Planet Haumea

We kick off our Haumea facts with some of the biggies: 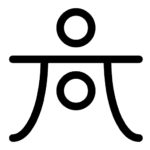 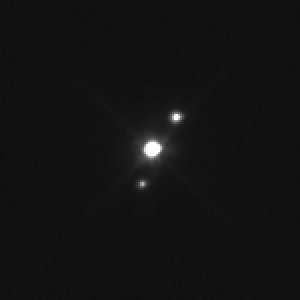 Haumea is a dwarf planet that lies in the Kuiper belt. It was discovered at Sierra Nevada Observatory in 2003. Many people call Haumea the “oddball” because of its egg-like shape. It is the least spherical among the five major dwarf planets.

Haumea’s rapid rotation and the presence of a ring are believed to be the result of a big collision. The fragments of this event have become members of the large Haumea collisional family.

So far, no spacecraft has visited Haumea yet. Everything we know about the dwarf planet has been from ground-based observations.

With a day length that is just about 4 hours, Haumea is one of the fastest rotating large bodies in the solar system. It follows a slightly eccentric orbit that is inclined 28°. Haumea’s closest approach to the Sun (perihelion) is at around 35 AU. Its farthest point or aphelion is roughly 52 AU. The next perihelion is projected to be in the year 2133.

Haumea is believed to be composed of rocky and silicate materials covered with ice. This surface feature is similar to that of Charon, Pluto’s largest moon.

Haumea has a high albedo between 0.6 and 0.8. It is mostly because of the crystalline water ice on Haumea’s surface. With an average surface temperature that is less than 50 kelvins (-223 °C), Haumea is a very cold place. In fact, it takes 6 hours for sunlight to reach Haumea.

Size of Haumea compared to the Earth

Where Is Haumea Located? 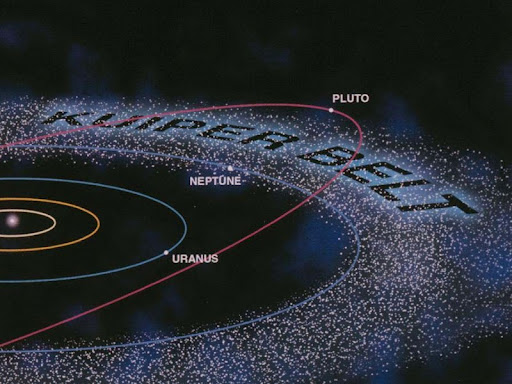 Haumea is located in the Kuiper belt, some 43 AU from the Sun. The Kuiper belt is a circumstellar disk that is located past Neptune’s orbit. The objects there are icy leftovers from the formation of the Solar System.

Since the Kuiper belt is located beyond Neptune’s orbit, the objects there are called trans-Neptunian objects (TNOs). They are also called Kuiper belt objects (KBOs). TNOs that are dwarf planets are specifically called plutoids, after Pluto.

Discovery and Its Controversy 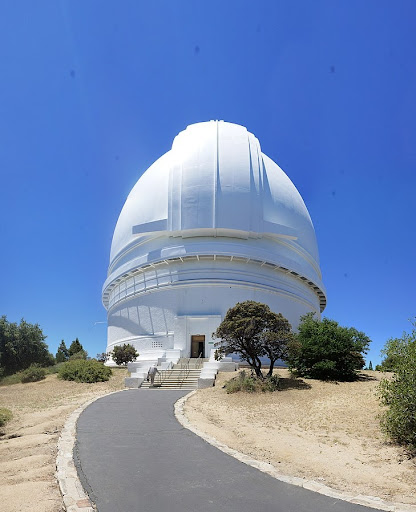 Haumea’s discovery was disputed by two groups of astronomers. One of the teams, led by Mike Brown, was from Caltech at the Palomar Observatory in the United States. They claimed to have discovered it on December 28, 2004.

The other team claimed discovery on July 27, 2005, through images taken in 2003. This team was headed by José Luis Ortiz Moreno of the Sierra Nevada Observatory in Spain. They were also the first to file a claim for its discovery. 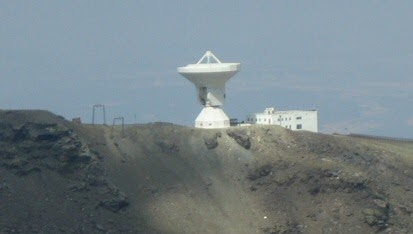 At first, Brown acknowledged the Spanish team’s claim. However, the controversy started when Brown learned that the other team had accessed his observation logs. These logs contained information that might have led Ortiz and his team to find Haumea in their precovery images.

Ortiz, however, denied Brown’s accusation. He said that he only accessed the information to verify his team’s findings.

Because of the controversy, no individual was given credit for the discovery of Haumea. The IAU only recognizes Haumea’s place of discovery, which is the Sierra Nevada Observatory. For the dwarf planet’s name, the accepted proposal was that of the Caltech team. It is like the IAU’s way of being fair for both parties.

Naming Haumea and Its Moons

Haumea and its orbiting moons, imaged by Hubble in 2008. Hiʻiaka is the brighter, outermost moon, while Namaka is the fainter, inner moon.

Haumea was provisionally designated 2003 EL61 before it was given an official name. The Caltech team nicknamed it “Santa” because they discovered it after Christmas. They also nicknamed its moons “Rudolph” and “Blitzen.”

Both claiming teams submitted entries for naming the controversial Kuiper belt object. Ortiz’s team proposed the name Ataecina after the Iberian goddess of the underworld and spring.

On the other hand, the Caltech team proposed names for 2003 EL61 and its moons. These are Haumea, Hiʻiaka, and Namaka from Hawaiian mythology. The two moons were discovered at W. M. Keck Observatory, near the summit of Mauna Kea, Hawaii. As the team said, they chose these names to pay homage to the island.

The IAU accepted the Caltech team’s proposal because they met the requirements at the time. However, this criterion was changed in 2019. The IAU clarified that plutinos would, from then on, use the names of chthonic deities. With this clarification, the name “Ataecina” would have been more appropriate for the dwarf planet.

The dwarf planet Haumea and its moons were given permanent names by the IAU on September 17, 2008.

Haumea is an important figure in Hawaiin mythology. She is the goddess of fertility and childbirth. Her children were born from different parts of her body. Two of her children are Nāmaka and Hiʻiaka.

Nāmaka is a sea goddess while Hiʻiaka is a patron goddess of the island. The latter is also known as the goddess of hula, sorcery, and medicine. 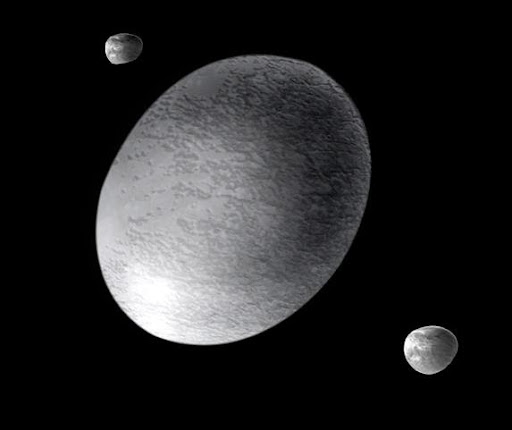 The two moons of Haumea were discovered in 2005 by Darin Ragozzine and Michael Brown. They discovered the natural satellites using the W. M. Keck Observatory when observing the dwarf planet.

The two moons have a very similar spectrum to the dwarf planet. This further supports that they are both from Haumea, not just captured objects.

Hiʻiaka is also designated Haumea I. Discovered on January 26, 2005, it was the first discovered moon of the egg-shaped Haumea. Also, it is the larger and the outer moon of the two.

This moon has a semi-major axis of 49,880 km from Haumea. It is estimated to be about 310 km across, probably one of the largest moons of a trans-Neptunian object. It takes this moon about 49 days to orbit Haumea. Interestingly, studies suggest that Hiʻiaka is not tidally locked to Haumea.

Namaka, also designated Haumea II, is the smaller moon in the Haumean system. This inner moon is also less bright than the other. It was discovered on June 30, 2005, roughly five months after Hiʻiaka was found.

Namaka has an estimated diameter of 170 km. It only has 1.5% of Haumea’s brightness and roughly 0.05% of its mass. Namaka takes 18 days to complete a journey around Haumea.

A Ring Around Haumea

We know that the giant planets in our solar system, Jupiter, Saturn, Uranus, and Neptune, have rings. As it turned out, planets are not the only solar system bodies with rings. A dwarf planet can have them too!

Haumea’s ring was discovered on January 21, 2017, through stellar occultation. It is the first and the only known trans-Neptunian ring system, so far. Current figures show that the ring is about 4,574 km (2,842 mi) across and approximately 70 km (43mi) wide. This ring contributes about 5% of Haumea’s brightness.

The plane of this ring is inclined by about 3.2° to the plane of Haumea’s equator. However, it is in the same plane as the orbit of Hi’iaka, its larger moon. 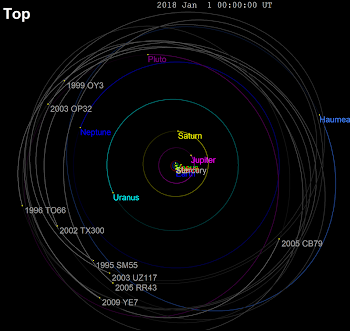 A collisional family is a group of astronomical objects that share common physical and orbital characteristics. With these similarities, it is believed that these objects are most likely from the same large body that has shattered through impact.

The Haumea family is the only trans-Neptunian collisional family identified, and probably the only one. As the largest member, Haumea is believed to be the core of the shattered progenitor. In addition to its moons, other members of this family include similar Kuiper belt objects.

Objects in the Haumea family have semi-major axes around 43 AU and are inclined roughly 27°. In terms of physical characteristics, they have neutral colors and have absorption properties typical of water ice. Also, it is believed that the Haumea family is probably from the scattered disk.

With a strange shape, moons, and a ring system, Haumea is indeed an interesting system. It looks very promising through ground observations and a mission there will surely reveal more about it.

Orbiting Haumea would be quite a challenge because of its fast rotation. It is quite reflective too. So far, no mission has been planned for Haumea yet.

Haumea and her children: 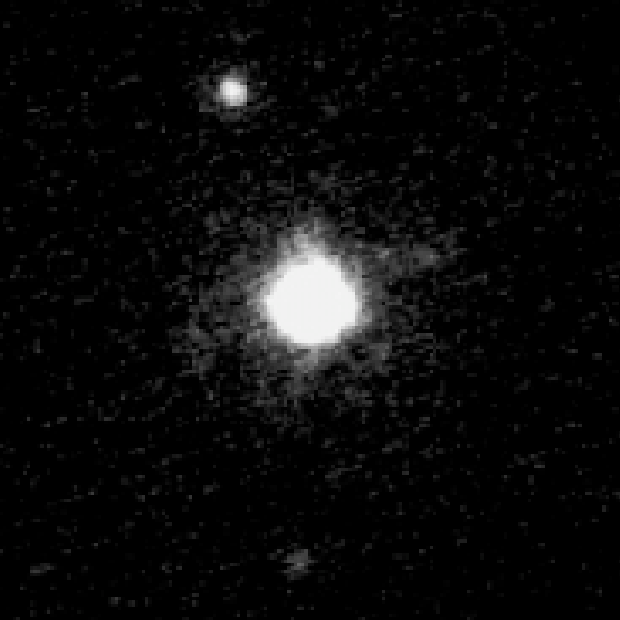