What is the Kuiper Belt

The Kuiper Belt is similar to the asteroid belt found between the orbits of Mars and Jupiter, but it is 20 times as wide and somewhere between 20-200 times more massive. The ices are frozen volatiles that are made up of methane, nitrogen, ammonia and water.

At least three dwarf planets are located in the Kuiper belt: Pluto, Haumea and Makemake. Also, some of the solar system’s moons are thought to have originated there, such as Neptune’s Triton and Saturn’s Phoebe.

The belt is thick in most places and is described as being more torus-shaped than a belt would be. The Kuiper belt shouldn’t be confused with the hypothesized Oort cloud, which is a thousand times more distant.

The objects within the belt, along with the members of the scattered disc and any potential Hill cloud or Oort cloud objects are known collectively as trans-Neptunian Objects (TNO). 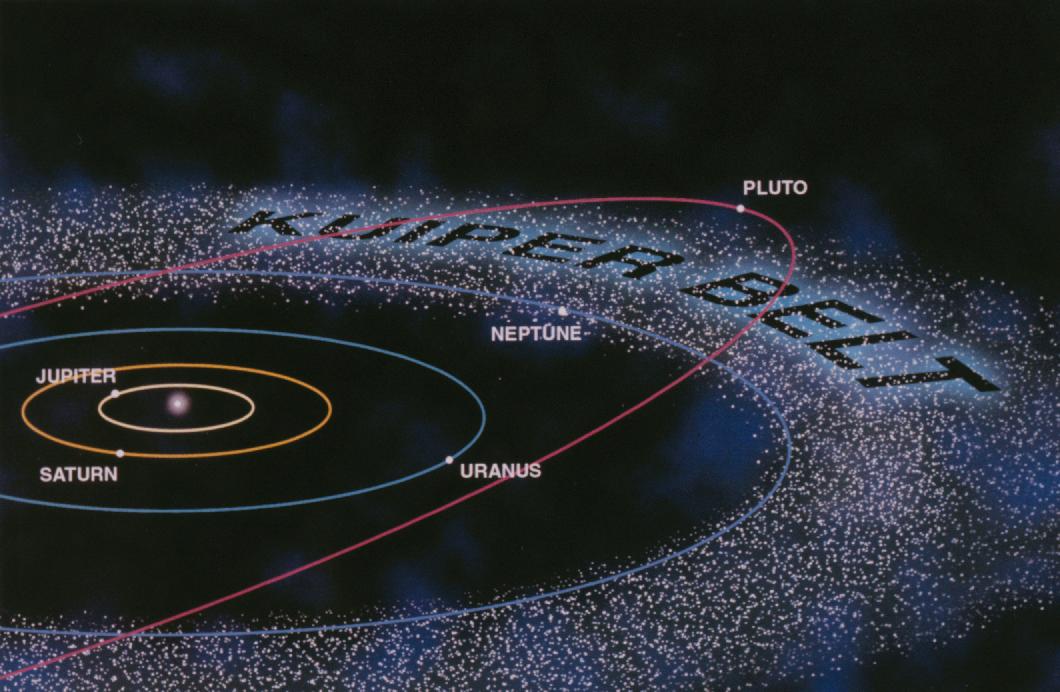