What is the Sun?

The Sun is what is known as a main sequence star; that is, a sphere composed primarily of the two gases hydrogen and helium such that certain conditions are met. The first condition is that it must have a mass falling within a certain range. Though debated, this range is generally accepted to be between approximately 1.4 x 1029 kg and 3.0 x 1032 kg. (This range is often describe as at least 75 times the mass of Jupiter and no more than 150 times the mass of the Sun itself.) The second and most important condition is that nuclear fusion must be present. Nuclear fusion is the process whereby two lighter atomic nuclei join or “fuse” together to produce a heavier atomic nucleus. In the context of stars, hydrogen is the lighter and helium the heavier.

Size of the Sun

As far as the Sun’s mass compared to other bodies found in our solar system, the Sun is easily the most massive. The Sun alone contains 99.8% of the total mass in the Solar System.

In terms of size, the Sun has a diameter of roughly 1.4 million kilometers (870,000 miles). To put this in perspective, this is almost 110 times the diameter of the Earth. What this means is that about one million Earth’s could fit inside the Sun.

Facts about the Sun

What type of star is the Sun?

Although we think of our Sun as a unique celestial body, it is, in fact, one of trillions of stars in the universe. On top of this, the Sun is rather ordinary as far as stars go. The official classification for our Sun is G V star (often referred to as a Yellow Dwarf star), which means that it is a main sequence star whose surface temperature is between 5027°C and 5727°C.

Some estimates for stars similar to the Sun in the Milky Way galaxy alone are as high as 7 billion. If this number is correct, there could be over one trillion stars that are roughly the same as our Sun in the universe.

Does the Sun have another name?

While our Sun does not have an official scientific name, it does have another common name: Sol. This name originates from the ancient Roman’s god of the Sun, Sol. This alternate name is where we get the term “solar system,” which literally means system of the Sun.

Facts about the Eight Planets 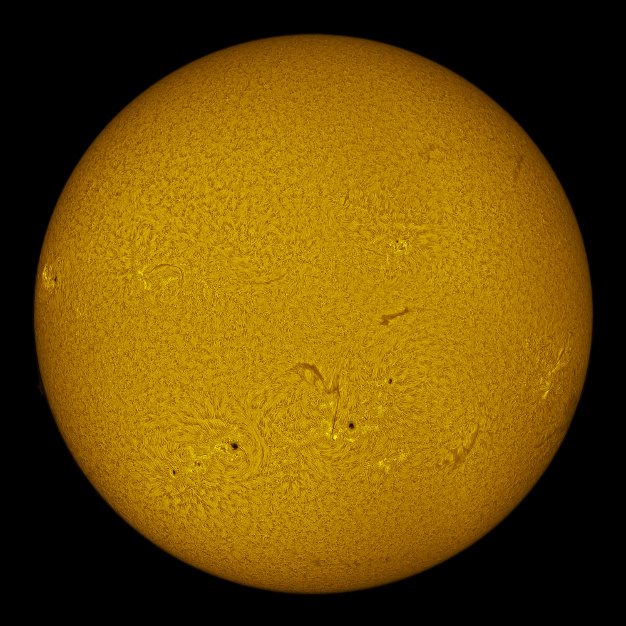