Facts About the Asteroid Belt

What Is the Asteroid Belt? 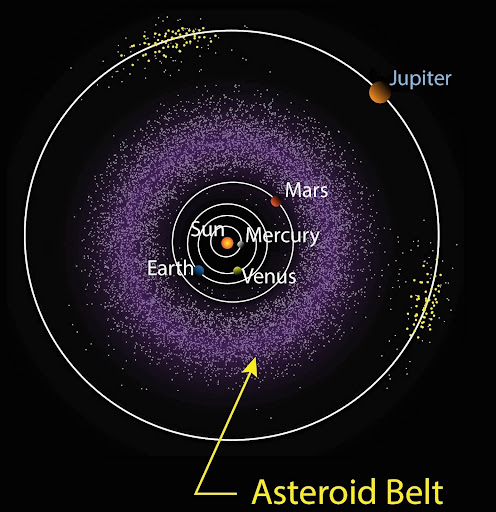 Asteroids are leftovers from the formation of the solar system some 4.6 billion years ago. They are also called minor planets. Most of them are accumulated in the asteroid belt. This belt forms a circumstellar disk that is located between the orbits of Mars and Jupiter.

The bodies in the asteroid belt are of different shapes, sizes, and compositions. According to estimates, there are 1.1 to 1.9 million asteroids larger than 1 km (0.6 mi) in this region. And there are even millions more of smaller ones!

Only the largest asteroids have enough gravity to make them spherical. While most of them have solid structures, some are piles of rubble that are loosely held together by gravity. The bigger ones are roughly hundreds of kilometers across while other objects in this belt can be as small as dust. All of these objects orbit the Sun.

Asteroids are rocky objects while comets are icy bodies with dust. When these objects collide with other asteroids and comets, they break off into little pieces called meteoroids.

Asteroids also form groups in other areas of the solar system. To tell them apart, we can call the asteroid belt the “main belt” or the “main asteroid belt.” Most of the known asteroids are in this region.

Aside from asteroids in the main belt, there are also Trojans and near-Earth asteroids.

Trojan asteroids are orbital companions of bigger bodies. They share an orbit with a larger planet. However, collision is avoided because these asteroids stay in the L4 and L5 Lagrangian points. These leading and trailing stable points in the orbit make sure that the bodies do not bump into each other.

Many asteroids share Jupiter’s orbit. Mars, Neptune, and even the Earth also have their own trojans.

Near-Earth asteroids have orbits that take them much closer to the Earth than usual. We consider bodies as near-Earth objects (NEO) when their closest approach to the Sun is within 1.3 astronomical units (AU). Remember that one AU is the distance between the Sun and the Earth or about 150 million km (93 million miles).

There are also asteroids that cross the Earth’s path, called Earth-crossers. The main three types of near-Earth asteroids are Amor asteroids, Apollo asteroids, and Aten asteroids.

Where Is the Asteroid Belt?

The asteroid belt is located between the orbits of Mars, the red planet, and the gas giant Jupiter. If we think of it, it’s like this belt separates the inner planet and the outer planets.

The belt measures approximately 1 AU in width and thickness. Though asteroids are far away from each other, collisions are still possible.

Still, it is said that if you stood on an asteroid in the main belt, you would most likely not see the other asteroids. That is how spaced out they are!

How Far Away Is the Asteroid Belt? 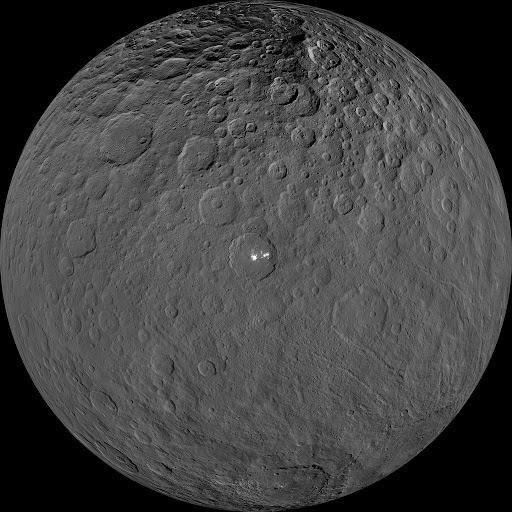 The large gap between the orbits of Mars and Jupiter was a mystery for scientists before the discovery of the asteroid belt. They think that there must be a planet in the area still waiting to be discovered.

The German astronomer Johannes Kepler predicted the discovery of a planet there. Everything changed in 1801 when Giuseppe Piazzi discovered Ceres. At first, he thought that it was a comet, but then reconsidered that it must be a planet.

In support of the belief about the “missing planet,” astronomer Johann Daniel Titius formulated the Titius-Bode Law. This law seemed to fit the apparent layout of the known planets at the time (Mercury, Venus, Earth, Mars, Ceres, Jupiter, Saturn, and Uranus). However, it missed Neptune’s position.

The word asteroid means “star-like.” It was coined by William Herschel in 1802 because these objects appeared similar to stars.

So many planets were discovered so astronomers decided to make a new category of objects. They call these objects “asteroids.” Ceres and the others were the first to be called so in the early 1850s. Around this time, people just started using the expression “asteroid belt” to refer to the location of these objects. 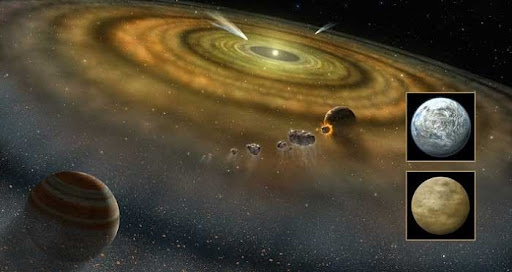 We can trace the origin of the asteroid belt in the early days of the Solar System. The Sun and the planets were formed from a gaseous cloud called the solar nebula. This cloud later collapsed and condensed to form the young Solar System.

In the first million years, the particles of the cloud collided and clumped to form planetesimals. These objects accredited more material and later became the planets. A lot of these planetesimals did not fully develop into planets. These undeveloped objects are now what we call asteroids.

The asteroids in the main belt were largely influenced by the perturbation of Jupiter. Because of that, they did not fully develop into planets. Jupiter’s gravity caused the small bodies to collide and smash in the process. Even so, the asteroids continue to orbit the Sun.

As explained by Sean Raymond of the Laboratory of Astrophysics of Bordeaux, “maybe there was a planet [in the asteroid belt] and it got blown to smithereens.” More research, however, proved that it was not the case. Though there are still many questions, the theory about planetesimals remains the most probable explanation for the belt’s formation.

It is thought that the asteroid belt was originally more massive before than it is today. Also, it might have undergone changes because of planet migration.

According to the “Grand Tack” model, Jupiter and Saturn got drawn toward the Sun after they formed. Jupiter moved inward first. Saturn later followed suit. When the two planets came close enough, their inward movement stopped. They later changed course and started moving outward again until they reached their current position.

It is thought that this migration of the planets emptied the asteroid belt and repopulated it again as they moved. It tells us why these objects failed to become planets. Also, it answers why the asteroid types are positioned the way they are in the asteroid belt.

Types of Asteroids in the Main Belt

The asteroids in the main belt can be divided into three basic types based on common characteristics. 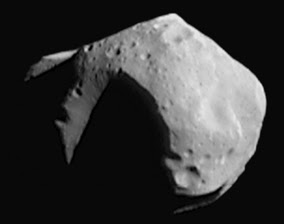 C-type asteroids are astronomical bodies that are largely composed of carbon. These asteroids are generally much darker than the other types, almost to the point of being coal black.

Asteroids of this type are similar to carbonaceous chondrite meteorites in terms of surface composition. These objects have spectra matching those of the early Solar System.

Carbonaceous asteroids are mostly around the outer edge of the main asteroid belt. They are the most common type, comprising about 75% of the known asteroids so far. 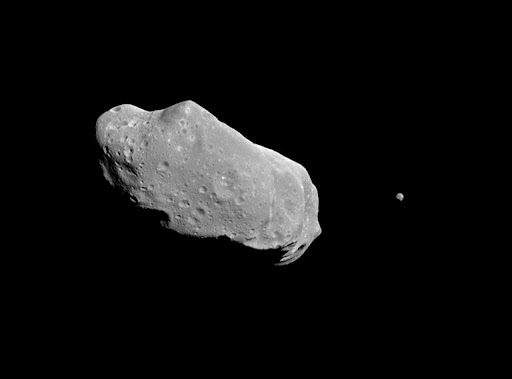 S-type asteroids have siliceous or stony compositions. They are mainly composed of iron and magnesium silicates. This is the second most common type, accounting for about 17% of the known asteroids.

Asteroids of this type are brighter than the C-type asteroids and have albedos usually around 0.20. They are mostly found in the inner regions of the asteroid belt. The two largest S-type asteroids are 3 Juno and 15 Eunomia. 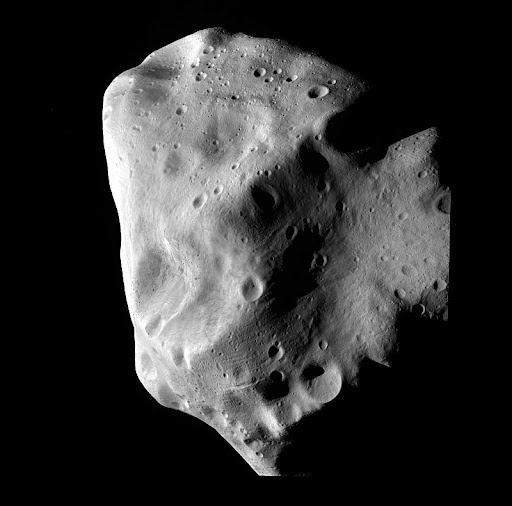 M-type asteroids are the third most common type. Most of these bodies have nickel-iron compositions. These asteroids are moderately bright, with albedos around 0.1 to 0.2. They make up roughly 10% of the total population of known asteroids.

These bodies are somewhat reddish and do not have large features. M-type asteroids are mostly metallic but some of them still have uncertain compositions. In many cases, many of them do not fit the metallic definition.

The C-type, S-type, and M-type are the primary categories of asteroids in the asteroid belt. Since the universe is a large and abundant place, others just do not fit the classical definition of the three. Some are rare kinds like the A-type, D-type, E-type, Q-type, T-type, and V-type. Some are subcategories of bigger classes like the B-type, F-type, and G-type asteroids.

Many asteroids in the asteroid belt share similar characteristics. These bodies that share common orbits and spectra belong to one family.

Asteroids in the same family are believed to be from the same parent body that smashed a long time ago. Some families are also a result of cratering. In that case, the parent body did not completely shatter but produced smaller parts instead.

There are more than 120 asteroid families identified. Below are the most prominent families in the asteroid belt: 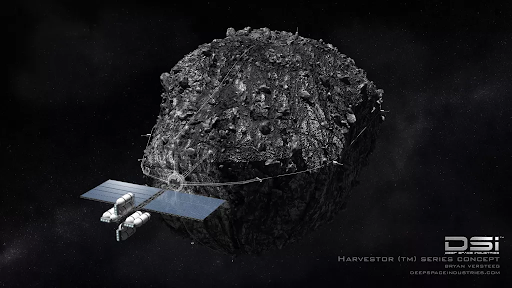 The consumption of key elements here on Earth keeps growing. In 50 to 60 years, we could run out of elements such as phosphorus, antimony, zinc, tin, silver, lead, indium, gold, and copper.

Asteroid mining refers to the speculation that we could essentially mine on asteroids and other minor planets. That way, we can exploit the raw materials found on them.

Various materials could be mined from asteroids. That includes iron, nickel, titanium (for construction), water, and oxygen. As an example, they could be used to sustain the lives of prospector-astronauts on site.

Also, water mined from asteroids could serve space colonies. Hydrogen and oxygen could be used as rocket propellants. Minerals and metals from asteroids might also be used to build habitats and grow food for future space colony inhabitants. 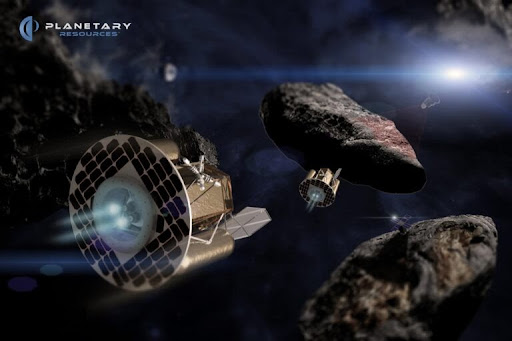 The biggest obstacle to asteroid mining is financial feasibility. Space ventures are high risk. Long lead time and a lot of investment is needed. For it to be possible, affordable space flight technology should be developed first for humans to reach the asteroids.

Asteroid mining was a hot topic back in the 2010s. Several potential mining projects were underway. Companies announced their intention to mine asteroids as far back as 2012. The startups Planetary Resources and Deep Space Industries had their eyes on space mining and exploration. However, both are now acquired by different companies. So far, we are yet to hear about their future space initiatives.

Japan’s Hayabusa mission had brought samples from 25143 Itokawa in 2010. Another exciting venture in asteroid mining is NASA’s OSIRIS-REx mission. It is expected to bring a sample back in 2023 from the asteroid 101955 Bennu. There are also several concept missions in place for Mars that can boost the industry for space mining.

Where is the Asteroid belt: 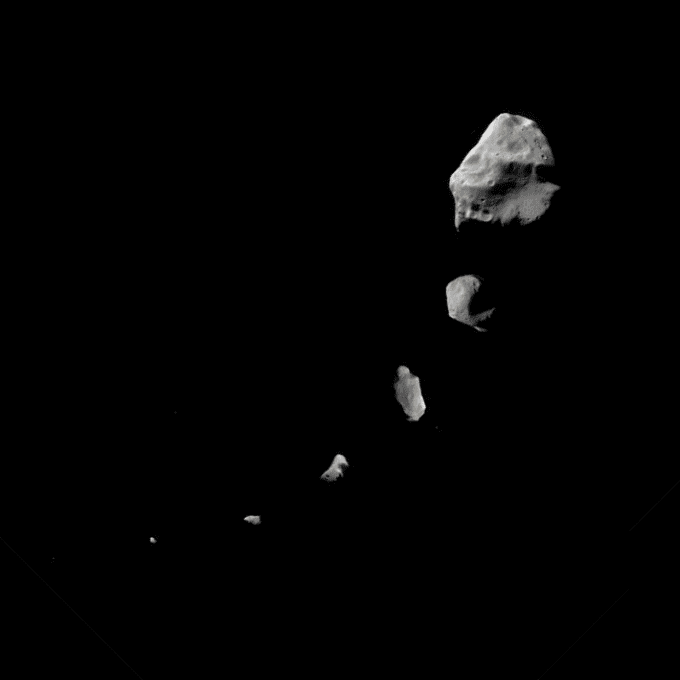