What is the Oort Cloud?

The Kuiper Belt and the scattered disc are less than one thousandth as far from the Sun as the Oort cloud is. It is believed that this cloud of particles are the remains of the disc material which formed the Sun and the eight planets. Astronomers have theorized that the matter composing the cloud formed close to the Sun but was scattered out into space by the powerful gravity of the gas giant planets early in the solar system’s evolution.

Where is the Oort Cloud located

It is believed that the Cloud occupies an enormous space starting between 2,000-5,000 AU from the Sun and stretching out to as far as 50,000 AU – around 7.5 trillion kilometres. This is about a quarter of the distance to the nearest star, Proxima Centauri.

Facts about the Oort Cloud 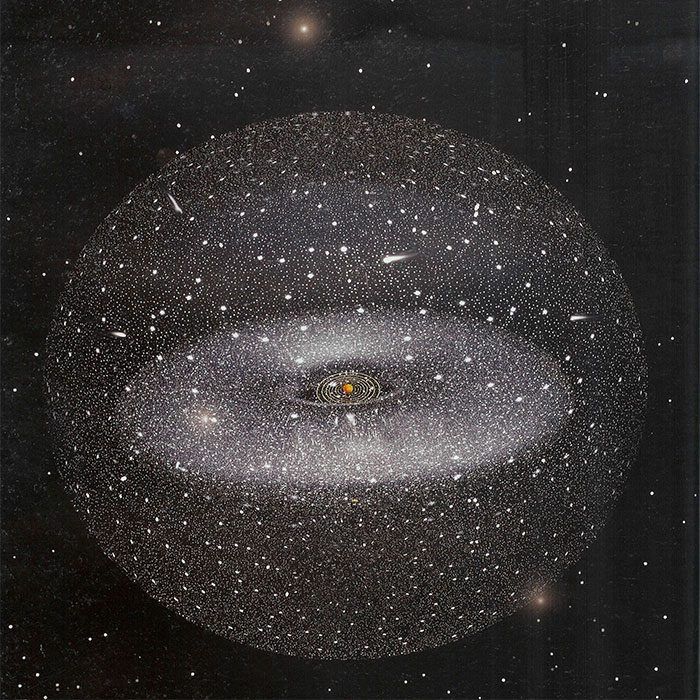