Parts of a comet

Some comets have highly elliptical orbits that bring them relatively close to the Sun. As these comets near the Sun the ices found within them melt and brilliant features are formed. Below is a list of these features.

Where do comets come from?

Comets have been seen by humankind for millenia. However, scientists have determined that given the “shedding” of material each time a comet orbits closely to the Sun, a comet’s lifespan may only be thousands of years – relatively small number when compared to the lifespan of the Solar System. Thus scientists have concluded that if comets are still present in the Solar System today, then there must be a nursery of comets somewhere in the Solar System, otherwise all of the comets would have run the course of their lives long ago. Furthermore, since we have determined almost all of the inner Solar System objects the only place left for this reservoir of new comets to exist is in the outer Solar System.

Over the course of the second half of the twentieth century evidence provided by the orbits of comets suggested that there is not just one region of the outer Solar System producing comets, but two. The first of these regions is what is known as the Kuiper Belt, a band of comets similar in many ways to the Asteroid Belt found in the inner Solar System. Comets originating in this region have relatively short orbital periods and orbit the Sun in roughly the same plane as do the planets. The second region, called the Oort Cloud, is a region farther out than the Kuiper Belt and is essentially a spherical shell. Those comets coming from this area have orbital periods much longer than those of the Kuiper Belt. Additionally, the orbital plane of comets from the Oort Cloud may be drastically inclined to that of the orbital plane of the planets.

As for how a comet originating in one of these regions acquires an orbit that brings it into the inner Solar System, current theories propose that it may either be knocked into its new orbit through a collisions with another comet or its orbit may be altered by the gravitational force of an interstellar object passing nearby in the outer Solar System.

There are several famous comets, with some being known to ancient humans and some only recently appearing. Below are the most well known comets.

If you liked our post on Comet facts, why not check out our post on 50 incredible space facts! 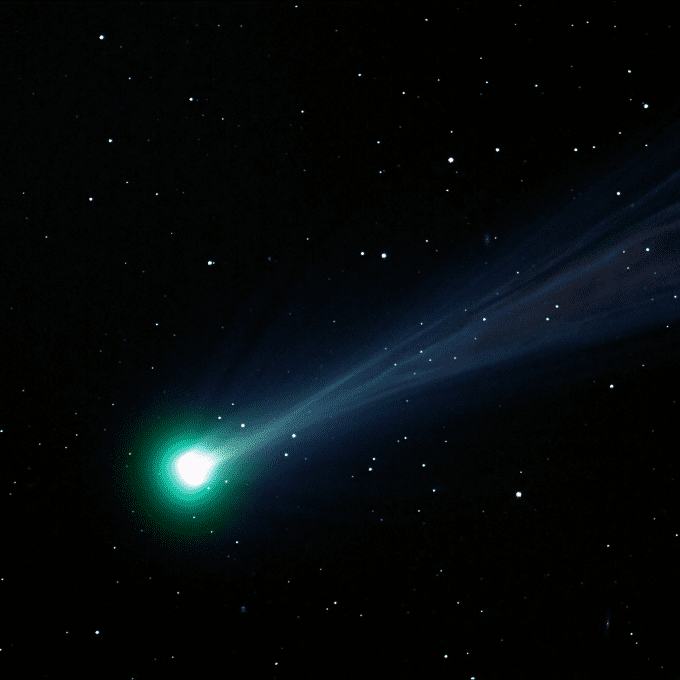