What is a meteor shower?

A meteor shower happens when a comet orbits the Sun and it sheds a dusty and icy debris stream along its orbit path. If Earth happens to be travelling through this stream, this is when you’ll see a meteor shower.

The meteors can appear anywhere in the sky, but if you trace their path back up they appear to “rain” in from the same region of the sky.

Usually, these showers are named for the constellation that coincides with this region of the sky – this spot is called the “radiant”.

What are shooting stars?

Both “shooting stars” and “falling stars” are terms used to describe meteors. The bright streaks of light across the night sky are caused by small pieces of interplanetary rock and debris – called meteoroids – which burn up under the intense friction of Earth’s atmosphere some 30 to 80 miles above the ground.

These meteoroids travel at tens of thousands of miles per hour and while most are completely burned up by the atmosphere, the 500 or so per year that do reach the ground are called meteorites.

When a meteor appears in the sky, it appears to “shoot” at great speed across the sky, with a brightness and intensity that you might think it’s a star rather than a falling piece of rock.

There are plenty of famous meteor showers that are easy to observe. The Perseid meteor shower, for example, happen in mid-August when Earth moves through the debris stream of the comet Swift-Tuttle. This shower can be seen for most of the night.

The Leonid meteor shower is often a busy one with many thousands of meteors showing down from the Leo constellation. It happens in mid-November and the debris that rains down comes from Comet 55P/Tempel-Tuttle. The Leonid shower is best viewed from the North – where the constellation Leo rises.

In December, the Geminids meteor shower happens when Earth crosses stream from the asteroid 3200 Phaethon in what appears to be the direction of the Gemini constellation. Observers have commented that the meteors in this shower travel more slowly than other showers. This year (2014), they will be in view some time after midnight on the night of December 13.

In late April, the Lyrids shower will rise at around 3am and bring with it pieces from the comet C/1861 G1/Thatcher, radiating from the Lyra constellation. The peak of this shower is usually April 21/22 and every 60 years the shower becomes more intense. 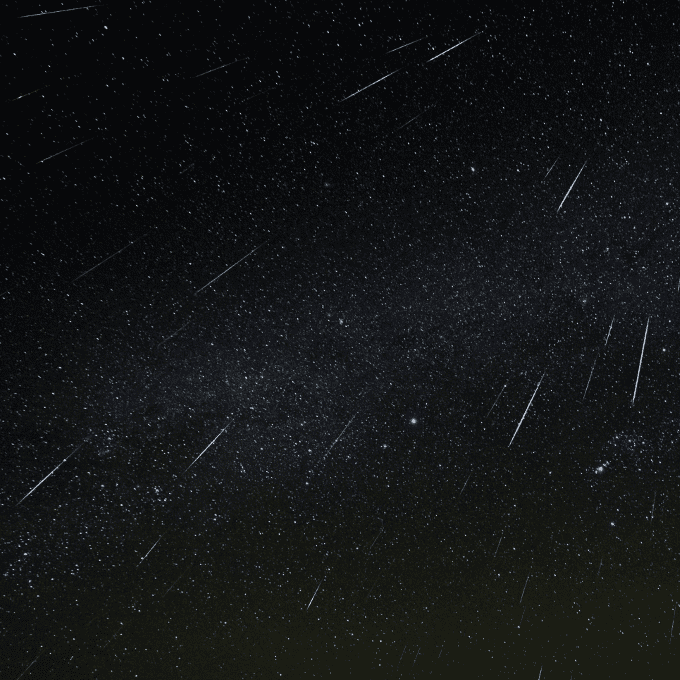