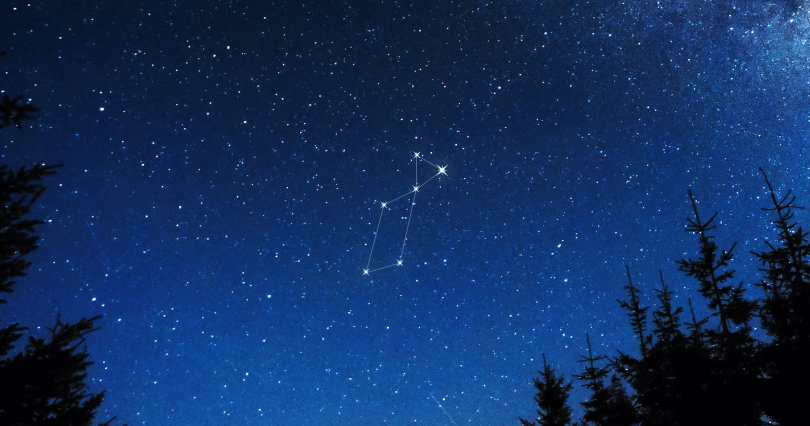 Lyra contains nine stars with known planets and two Messier objects — Messier 56 and Messier 57. The constellation also houses the famous variable star RR Lyrae, the merging triplet of galaxies NGC 6745, and the open cluster NGC 6791. There are three meteor showers associated with the constellation — the Lyrids. They peak around April 21-22 every year, the June Lyrids and the Alpha Lyrids. 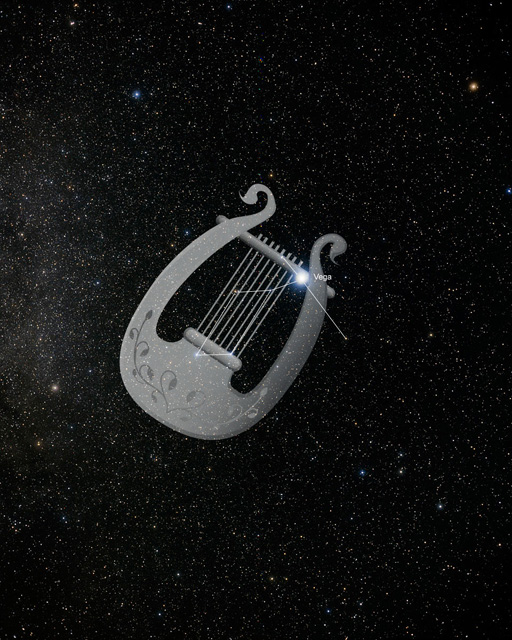 History and Mythology Of The Lyra Constellation

In Greek mythology, Lyra represents the lyre of Orpheus. It was made by Hermes from a tortoise shell and is said to be the first lyre ever produced. Orpheus’ music was said to be so great that even inanimate objects such as trees, streams, and rocks could be charmed. His music was able to quell the voices of the dangerous Sirens, who sang tempting songs to the Argonauts.

The most famous story involving Orpheus is that of the death of his wife Eurydice. While fleeing from an attack by Aristaeus, she stepped on a snake that bit her and killed her. To reclaim her, Orpheus entered the Underworld, where the music from his lyre charmed Hades. Hades relented and let Orpheus bring Eurydice back, on the condition that he never once look back until outside.

Unfortunately, near the very end, Orpheus did look back, causing Eurydice to be left in the Underworld forever. Orpheus spent the rest of his life strumming his lyre while wandering aimlessly through the land, rejecting all marriage offers from women. 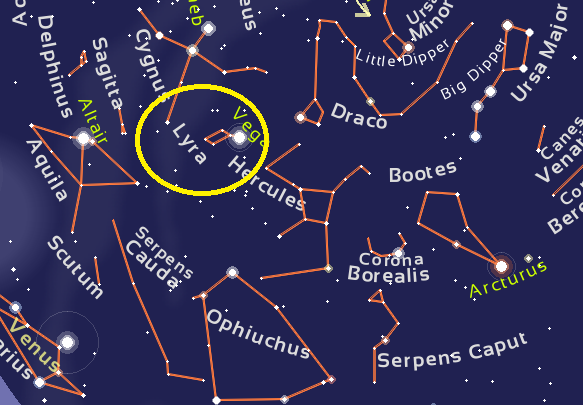 Location Of The Lyra Constellation

Lyra is the 52nd largest constellation out of the 88 modern constellations and occupies an area of 286 square degrees. It is located in the fourth quadrant of the northern hemisphere (NQ4) and can be seen at latitudes between +90° and -40°.

Its right ascension is 18h 14m to 19h 28m and its declination is 25.66° to 47.71°. It is best seen at 9pm during the month of August. It appears prominently in the northern sky during the Northern Hemisphere’s summer, and the whole constellation is visible for at least part of the year to observers north of latitude 42°S. The constellation’s boundaries, as set by Belgian astronomer Eugène Delporte in 1930, are defined by a 17-sided polygon.

There are a number of notable stars in the Lyra constellation, including the fifth brightest star in the sky, Vega. 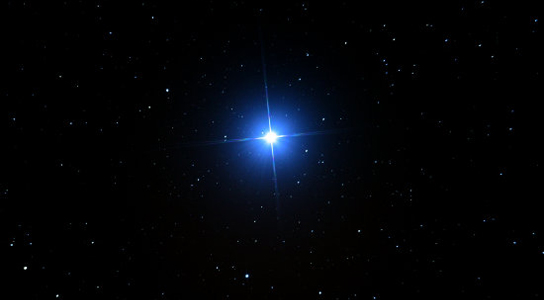 It is a white dwarf and belongs to the spectral class A0V. It is located 25.04 light years away from Earth and was the northern pole star around the year 12,000 BC and will be again around the year 13,727.

Vega is part of the asterism the Summer Triangle which it forms with the stars Altair in the constellation Aquila and Deneb in Cygnus. This means that it is fairly easy to see in the night sky, especially with its brightness.

It is thought to be around 455 million years old, which is about a half of its life expectancy, and is 2.1 times as massive as the Sun. Vega is a suspected variable star and a rapid rotator, with a projected rotational velocity of 274 km/s at the equator. It is also believed to have a circumstellar disk of dust, as it emits excess infrared radiation, and it may have at least one planet the size of Jupiter in its orbit.

The star was first photographed by William Bond and John Adams Whipple at the Harvard College Observatory on July 17, 1850 and was the first star other than the Sun to be photographed and have its spectrum recorded. 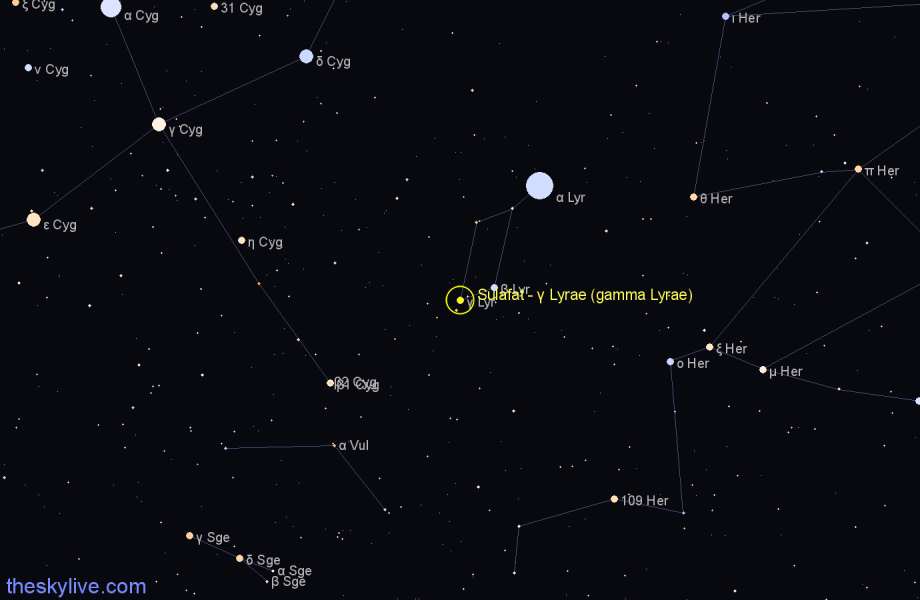 Sulafat, also known as Gamma Lyrae, is the second brightest star in Lyra. It is a blue-white giant that belongs to the spectral class B9 III and has an apparent magnitude of 3.261. It is located around 620 light years distant from the Sun and has a radius that is 15 times that of the Sun.

Gamma Lyrae is a relatively fast rotator, with a projected rotational velocity of 71-72 km/s. Its name Sulafat is derived from the Arabic al-sulḥafāt, which means “the turtle”. Sometimes, it is also known as Jugum, which comes from the Latin word iugum, meaning “yoke”. 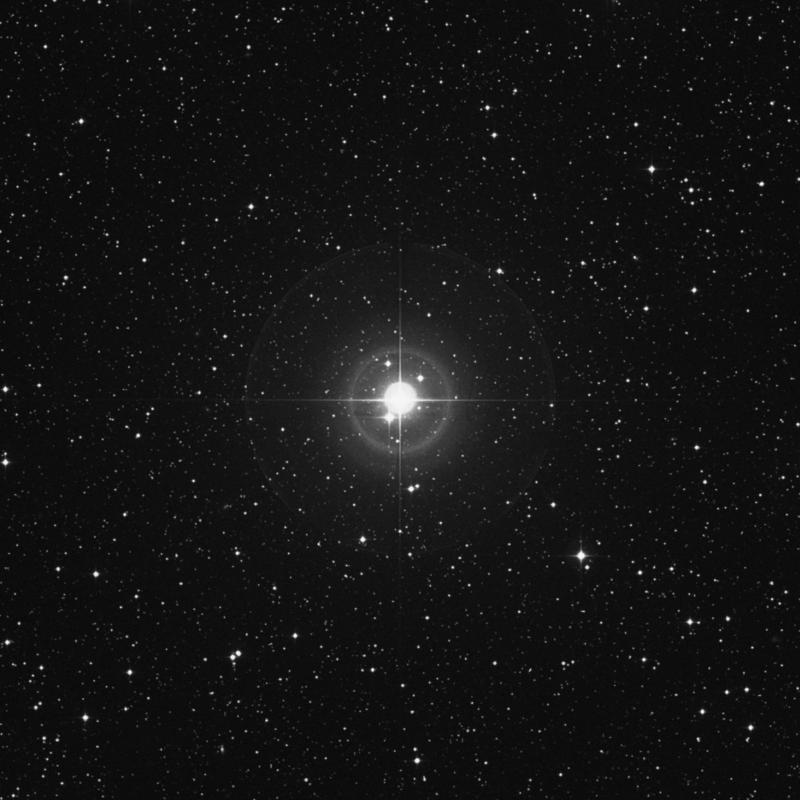 Sheliak, also known as Beta Lyrae, is a double star system with components so close together that they form a spectroscopic binary star. The star has an apparent magnitude of 3.52 and a variable luminosity, ranging from 3.4 to 4.3 magnitudes. Their magnitude varies thanks to the fact the two stars orbit each other with a period of 12.9414 days and periodically eclipse each other.

The primary star is a blue-white bright giant and has the stellar classification of B7II, while the secondary component is also believed to be a class B star. The system is located around 960 light years distant from Earth.

The variability of Sheliak was first discovered by the British astronomer John Goodricke in 1784. Its name is derived from šiliyāq, which is the Arabic name for the constellation.

R Lyrae is a red giant with the stellar classification of M5III that is located around 350 light years away from the Solar System. It is a semi-regular pulsating star with an apparent magnitude that varies between 3.9 and 5.0. While it is significantly brighter and larger than the Sun, it is also cooler than the Sun.

Delta Lyrae consists of a star and a binary star system. Delta-1 Lyrae is the binary star system that is approximately 1,100 light years away from the Sun. The primary star is a blue-white dwarf with the stellar classification of B2.5 V that is twice as hot as the Sun and much brighter. While the companion is an orange giant of the spectral type K2III, manning it is cooler than the Sun but brighter and larger.

The two components have apparent magnitudes of 5.569 and 9.8 and an orbital period of about 88 days.

The star is named Delta-2 Lyrae and is a red bright giant with the stellar classification M4 II. It is located around 740 light years away and is believed to be 75 million years old. It has an apparent magnitude of 4.30 and is 6,500 times more luminous than the Sun. Delta-2 Lyrae also a radius that is 200 times that of the Sun. 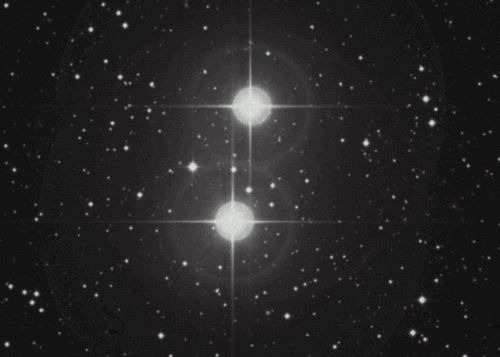 The Double Double, also known as Epsilon Lyrae, is a multiple star system with an apparent magnitude of 4.7. It is located around 162 light years away and the two main components, the binary stars, orbit each other.

The northern component in the system, named Epsilon-1 Lyrae, is a double star with apparent magnitudes of 4.7 and 6.2. The components are located 2.35 arc seconds apart and orbit each other with an orbital period of about 1,200 years.

The other component, Epsilon-2 Lyrae, contains stars that are separated by 2.3 arc seconds and have magnitudes of 5.1 and 5.5.

There is also a fifth component, which was discovered in 1985. This star orbits the Epsilon-2 pair with an estimated period of a few decades.

RR Lyrae is a variable star that serves as a prototype of an entire class of stars, known as the RR Lyrae variables. These are periodic variable stars usually found in globular clusters and frequently used to measure galactic distances.

RR Lyrae variables have about half the Sun’s mass and are believed to have been similar to the Sun at some point. They normally have an absolute magnitude of 0.75, meaning they are only 40 to 50 times more luminous than the Sun, and are usually old, metal-poor stars.

RR Lyrae is located near the border with Cygnus and is approximately 860 light years distant from the Sun. It is the brightest star in the RR Lyrae variables class and has an apparent magnitude ranging from 7.06 to 8.12. It used to be a main sequence star, but has passed through the red giant stage and is now in the horizontal branch stage of evolution.

DM Lyrae is a dwarf nova. It is a cataclysmic variable star composed of a close binary system in which one of the stars is a white dwarf that accretes matter from the companion star. The primary component in the system is of an unknown type and has a magnitude of 18, but during outbursts the magnitude reaches 13.6.

Kappa Lyrae is an orange giant with the stellar classification of K2III that is also classified as a variable star. It is located 238 light years away from the Solar System and has an apparent magnitude of 4.323. 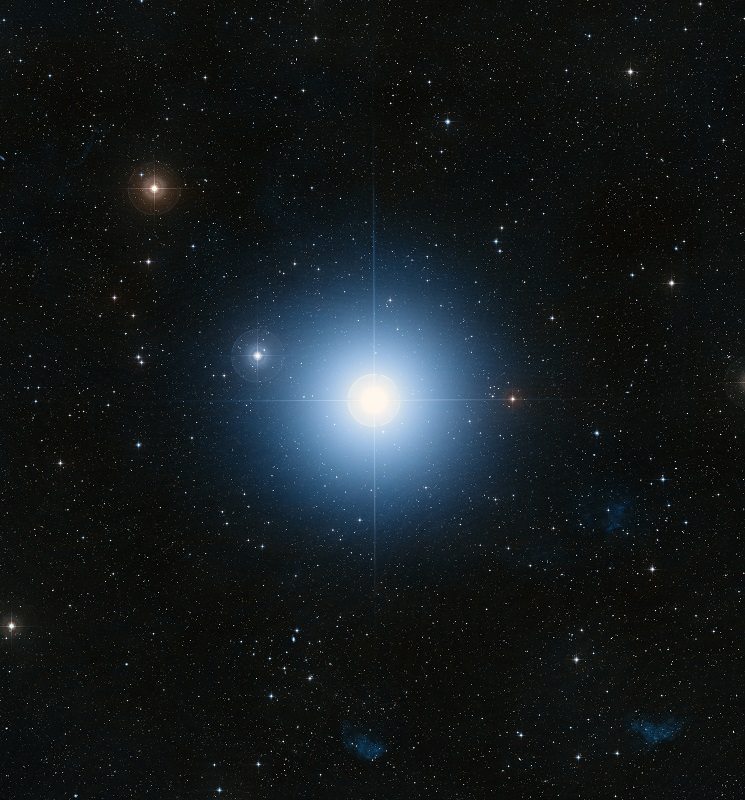 Alathfar, also known as Mu Lyrae, is a white subgiant star belonging to the spectral class A3IVn that lies 2.5 degrees west-northwest of Vega. It is approximately 439 light years away from Earth and has an apparent magnitude of 5.12.

The name Alathfar (or Al Athfar), comes from the Arabic al-’uz̧fur, which means “the talons of the swooping eagle”.

Gliese 758 is a star that is similar to the Sun. It is a yellow dwarf with the stellar classification of G8V and has an apparent magnitude of 6.36. Easily seen with binoculars, it is 51.4 light years distant from the Sun.

Gliese 758 has a 97 percent of the Sun’s mass and has 51 percent higher metallicity. This means that it is in abundance of elements other than hydrogen and helium. In November 2009, a substellar companion, Gliese 758 b, was discovered in the star’s orbit.

Kuiper 90, also known as 17 Lyrae C or Gliese 747AB, is a nearby star system composed of two red dwarf stars of the spectral types M3 and M5. The two stars orbit each other with a period of 5 years. It is located around 26.5 light years away from the Sun.

There are a few notable deep sky objects in the constellation Lyra, including two Messier objects and different galaxies. 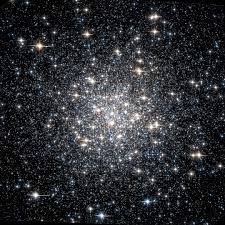 The cluster spans for about 84 light years across and lies halfway between the stars Albireo in Cygnus constellation and Sulafat, Gamma Lyrae. It contains stars that are 13th magnitude and about a dozen variables. 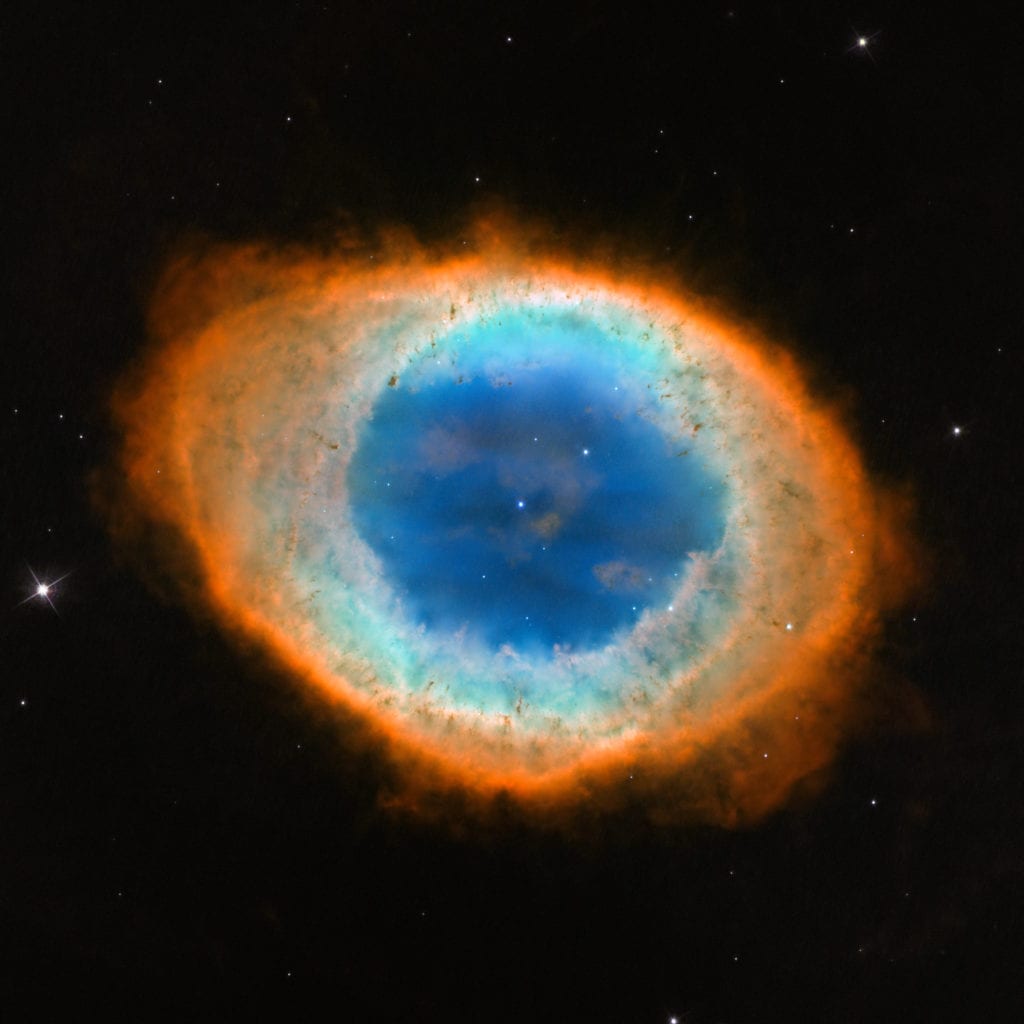 The Ring Nebula, also known as Messier 57, M57 or NGC 6720, is a planetary nebula that is located south of the bright star Vega, about 40% of the distance from Beta to Gamma Lyrae. It has an apparent magnitude of 8.8 and is approximately 2,300 light years distant. The Ring Nebula was discovered by the French astronomer Antoine Darquier de Pellepoix in January 1779.

It belongs to the class of planetary nebulae known as bipolar nebulae. It also has a thick equatorial ring. Messier 57 was formed when a shell of ionized gas was expelled by a red giant star that was in the process of becoming a white dwarf.

NGC 6791 is an open cluster that is around 13,30 light years away from the Solar System. It has an apparent magnitude of 9.5 and is thought to be around 8 billion years old. This means it is one of the oldest clusters known in the Milky Way.

It is also one of the most metal-rich clusters known in the Milky Way. It was first discovered by the German astronomer Friedrich August Theodor Winnecke in 1853.

NGC 6745 is an irregular galaxy with an apparent magnitude of 13.3. It is located around 206 million light years in distance from the Sun and is thought to be around 10 billion years old.

In reality, NGC 6745 is really a triplet of galaxies that have been colliding and merging for hundreds of millions of years. NGC 6745A is the larger galaxy and is thought to have been a spiral galaxy before the collision. NGC 6745B, has passed through the larger one and is now moving away from it.

IC 1296 is a barred spiral galaxy that can be seen 4′ to the northwest of the Ring Nebula. It has an apparent magnitude of 14.8 and is around 221 million light years in distance from Earth.