A supernova remnant, also known as SNR, is a nebula left behind after the explosion of a star in a supernova. This is a spectacular explosion in which a star ejects most of its mass in a violently expanding cloud of debris. A remnant consists of the ejected material expanding from the explosion, and the interstellar material it sweeps up and shocks along the way. 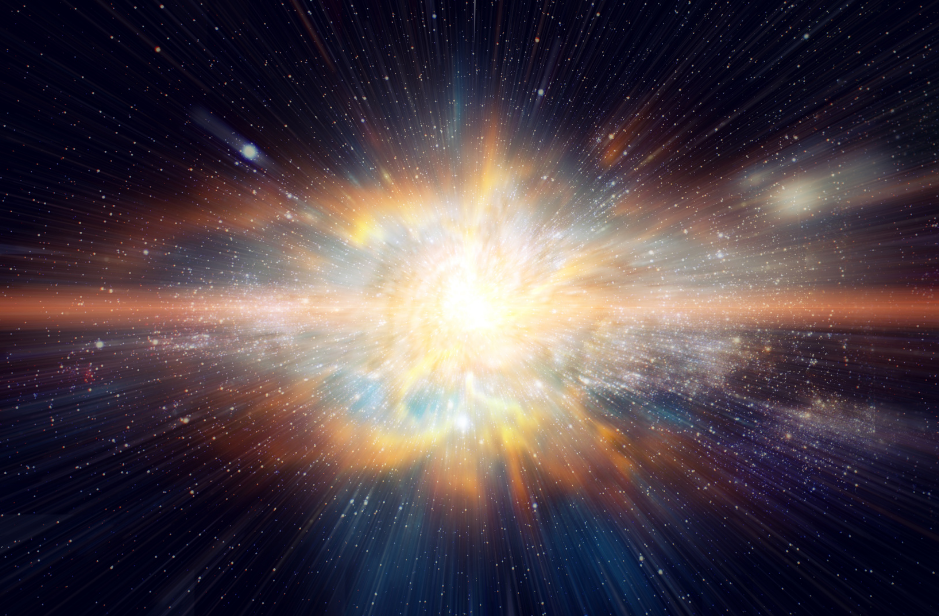 When a supernova explodes, at the brightest point an expanding cloud radiates as much energy in a single day as the Sun has done in the past three million years. Such explosions occur roughly every 50 years within a large galaxy. They have been observed less frequently in the Milky Way Galaxy because most of them have been hidden by the obscuring clouds of dust.

What Causes A Supernova?

A supernova usually occurs in two different ways. Either a massive star may run out of fuel, ceasing to generate fusion energy in its core, and collapsing inward under the force of its own gravity to form a neutron star or a black hole, or a white dwarf star may accrete material from a companion star until it reaches a critical mass and undergoes a thermonuclear explosion.

As the supernova occurs, it expels much or all of the stellar material with velocities as much as 10% the speed of light, which is approximately 30,000 km/s. These speeds are supersonic, meaning a strong shock wave forms. This then heats the upstream plasma up to temperatures well above millions of K. The shock continuously slows down over time, but can last over hundreds or thousands of years.

All elements heavier than iron were made in a supernova explosion, so the only reason we find these elements on Earth or in our Solar System is down to a supernova. About 50 supernova remnants contain pulsars, the spinning neutron star remnants of the former massive star.

Evolution Of A Supernova

Supernova remnants normally evolve through four stages as they expand. At first, they expand so violently that they sweep up their own weight of interstellar material. Acting as if they were expanding into a vacuum. The shocked gas, heated to millions of kelvins by the explosion, does not radiate its energy very well. It is readily visible only in X-rays. This stage typically lasts several hundred years, depending on the density of the gas.

As the expansion occurs, little energy is lost, but the temperature falls. This is because the same energy is spread into an ever-larger volume. The lower temperature favours more emission. During the second phase the supernova remnant radiates its energy at the outermost, coolest layers. This phase can last thousands of years.

In the third stage, the dense material, mostly interstellar at its outer edge, radiates away its remaining energy for hundreds of thousands of years. This cools the shell faster, making it shrink and become more dense. The final phase is when the pressure within the supernova remnant becomes comparable to the pressure of the interstellar medium outside the remnant. So the remnant loses its distinct identity. 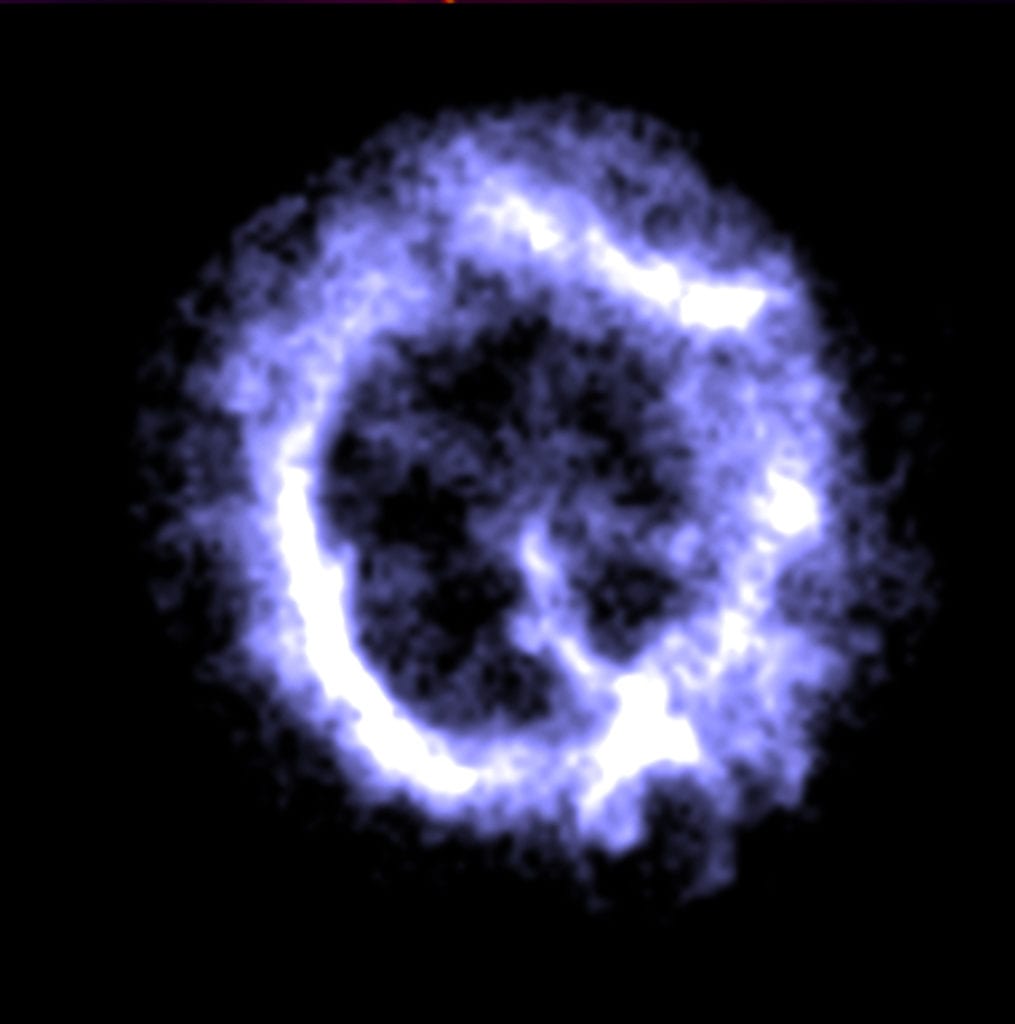 Shell-type remnants occur when the shockwave from the supernova explosion plows through space and heats and stirs up any interstellar material it encounters. This produces a big shell of hot material. We see a ring-like structure in this type of SNR because when we look at the shell, there is more hot gas in our line of sight at the edges than when we look through the middle. 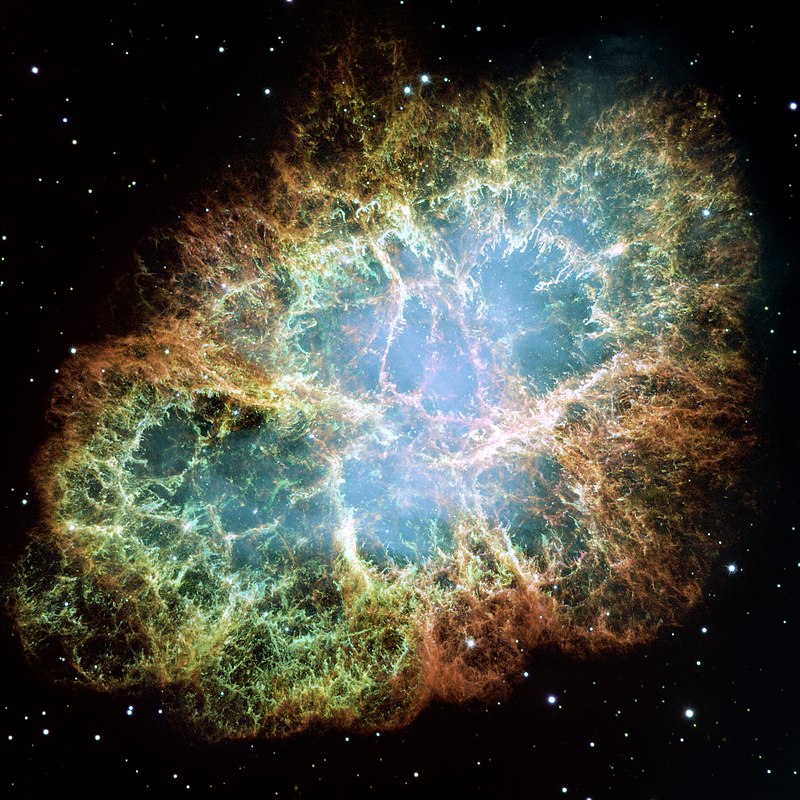 A crab-type remnant is also called a pulsar wind nebula or plerion, and they look more like a “blob” than a “ring,” in contrast to the shell-like remnants. The nebulae are filled with high-energy electrons that are flung out from a pulsar in the middle. These electrons interact with the magnetic field, in a process called synchrotron radiation, and emit X-rays, visible light and radio waves. 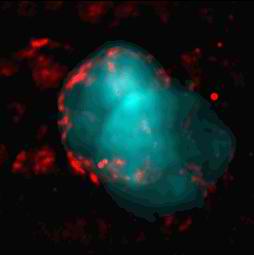 A composite remnant a cross between a shell-type remnant and a crab-like remnant. They appear shell-like, crab-like or both, depending on what part of the electromagnetic spectrum you observe them in.

What is a supernova remnant?

Why are supernova remnants important to us?

How long do supernova remnants last?

A supernova remnant may last for approximately 200 years. At which point the shock wave has swept up as much interstellar material as the initial stellar ejecta. It may be around 10 light years in radius at this time.

Will I see a supernova in my lifetime?

Unfortunately, supernovae that are visible to the naked eye are rare. One occurs in our galaxy every few hundred years, so there is no guarantee you will ever see one in our galaxy in your lifetime.