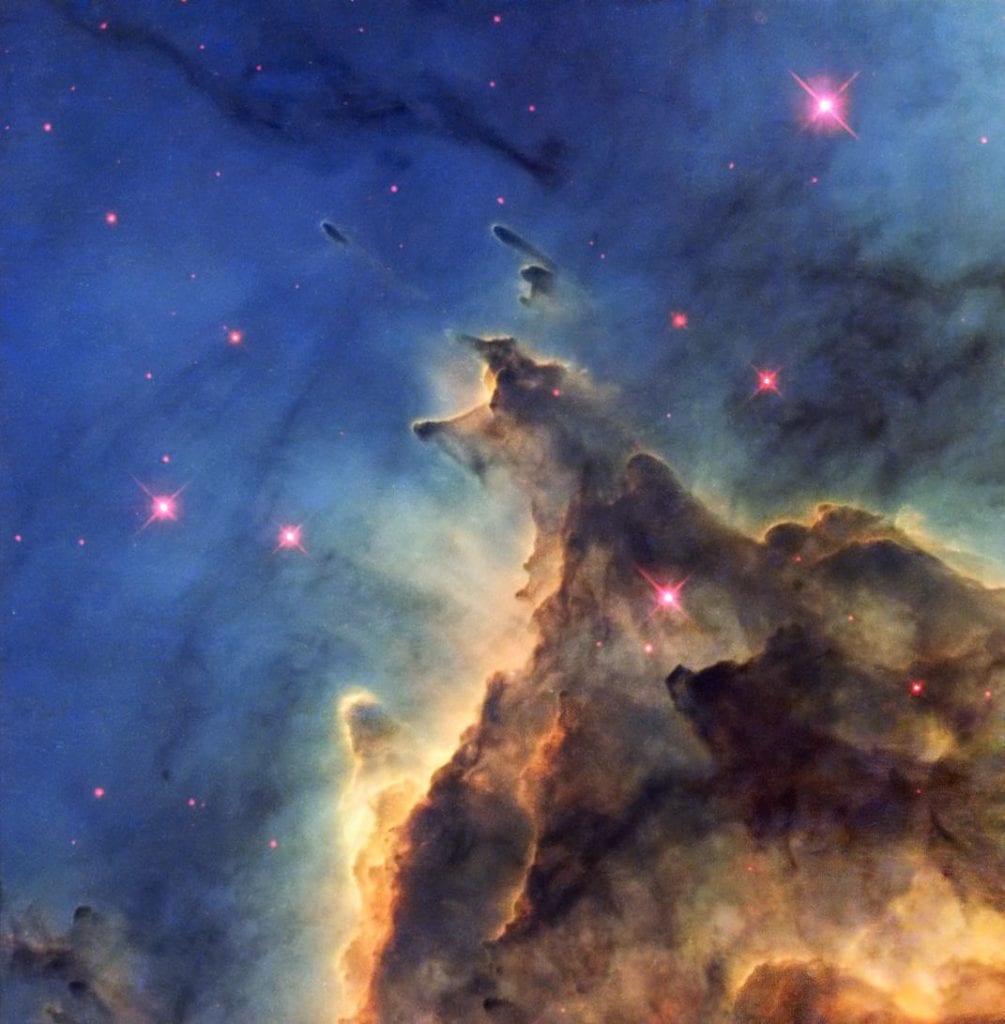 The Monkey Head Nebula is an emission nebula located in the constellation of Orion, the Hunter, around 6,400 light years away from the Solar System. It is can be found above Betelgeuse, near Orion’s head, in the same region of the sky as the famous Orion Nebula, which is one of the brightest diffuse nebulae in the night sky. It lies roughly a third of the distance from the bright star Alhena, Gamma Geminorum, to Elnath, Beta Tauri.

The nebula is an H II region, a large cloud of ionised gas in which new stars are being formed, and this cloud of gas is a site of intense star formation. It has the designation NGC 2174 in the New General Catalogue. It is in fact embedded in a diffuse nebula, designated Sharpless Sh2-252 in the Sharpless catalogue. This nebula is also associated with the open cluster NGC 2175.

The apparent magnitude of the Monkey Head Nebula is 6.8 and it can be seen in binoculars. However, a larger telescope is needed to make out any of the details. It covers an area that is larger than the full Moon.

The nebula appears to be glowing, which is the result of young stars that are embedded within the surrounding dust and gas in the violent stellar nursery. These stars emit intense ultraviolet radiation which ionises the hydrogen gas, and thus the nebula glows.

In the future, several loose clusters of young stars that the nebula surrounds will evaporate and disappear into the surrounding space, thanks to light and winds from the newly formed stars.

The Money Head Nebula has been a favorite target for the NASA/ESA Hubble Space Telescope, thanks to its interesting star formation and dust clouds.