There is no single definition that explains what irregular moons – such as the Kiviuq Moon – are. Remember, being “irregular” has something to do with the moons’ orbital characteristics. It has nothing to do with their size and shape.

Since they are so distant from the planet, the orbits of irregular moons are highly affected by the Sun. It causes their orbital characteristics to change. These important orbital features are the semi-major axis, inclination, and eccentricity. 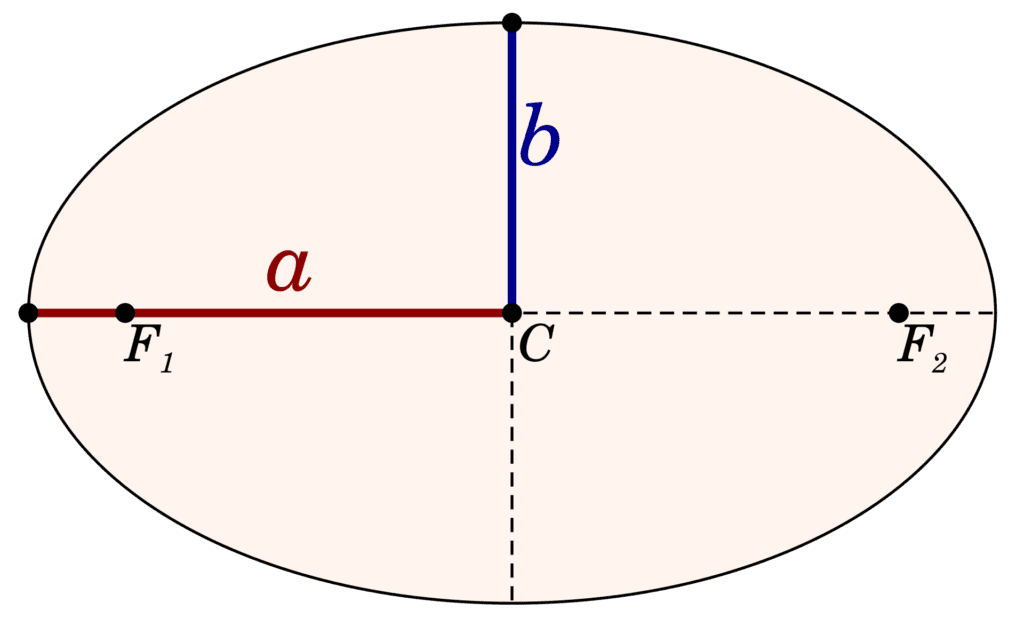 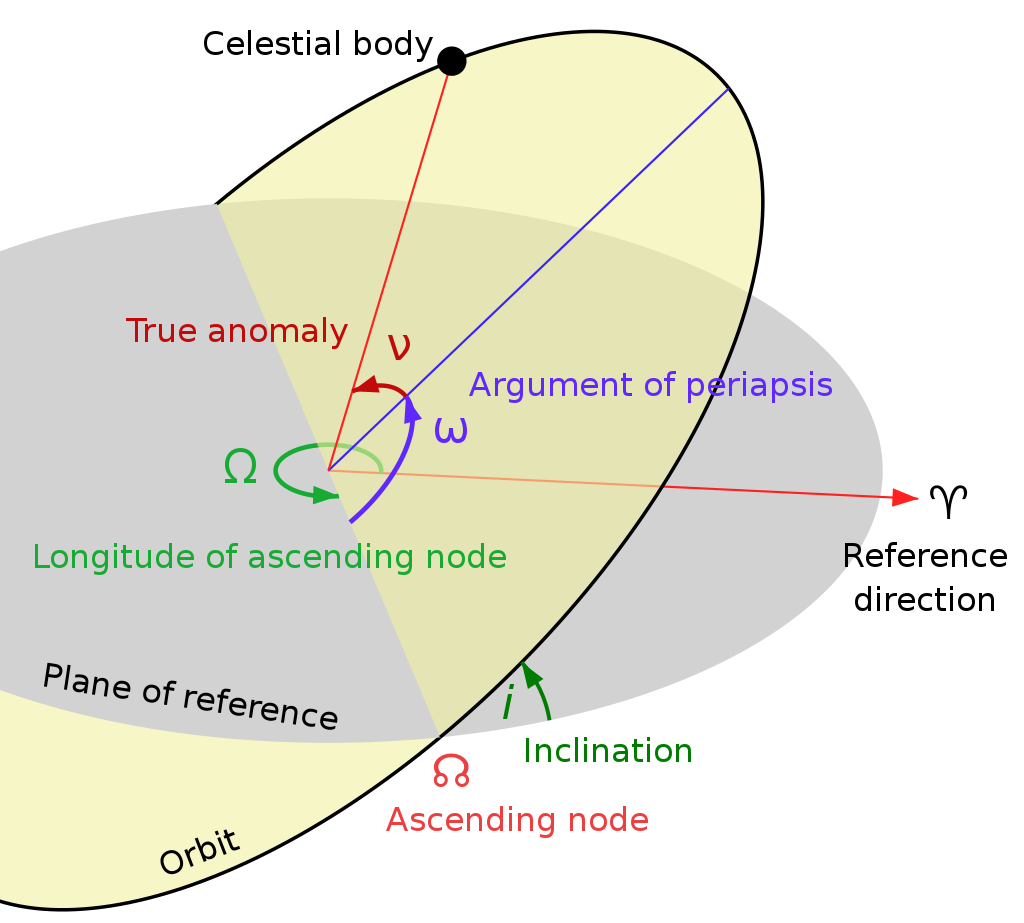 Eccentricity has something to do with the shape of a moon’s orbit around Saturn. The value is between 0 and 1. Zero means it is a perfect circle. The more it goes away from zero, the more elliptical an orbit is.

With all that in mind, we can simply say that an irregular moon is often a small object with an unusual orbit. This orbit is often large, inclined, and eccentric.

The irregular moons of Saturn are divided into three groups. These are the Inuit group, the Gallic group, and the Norse group.

Irregular moons are not only found in the Saturnian system. The other outer planets in the solar system, Jupiter, Uranus, and Neptune, also have irregular satellites.

The Inuit moons are irregular satellites of Saturn. There are five named members of this group. The other two, still using their temporary designations, are awaiting naming.

Moons of Saturn: The Inuit Group

The Inuit moons are categorized as a group because they have some similarities. They are in a prograde motion, moving in the same direction as Saturn. Their distance from the ringed planet is around 11 to 18 million km (7 to 11 million miles).

The orbital inclination of the Inuit moons is around 40 to 50 degrees from the equatorial plane of Saturn. Their eccentricities are between 0.15 to 0.48. 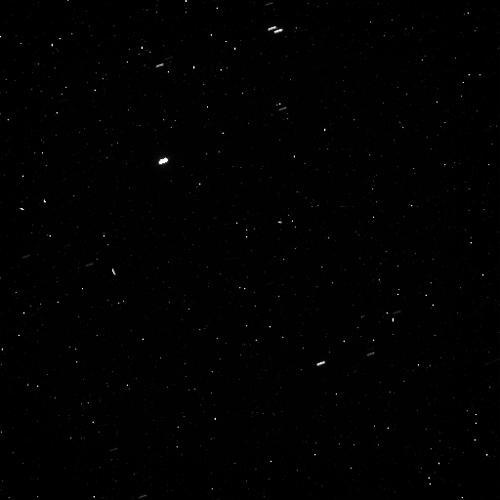 The moon Kiviuq is also known as Saturn XXIV. It is an irregular moon of Saturn that belongs to the Inuit group. It was discovered by a group of astronomers in 2000.

Before it was assigned a permanent name, Kiviuq was given the temporary designation of S/2000 S 5. That name tells us that it was the fifth new moon of Saturn discovered in the year 2000.

Kiviuq is a dark body with a reddish color. And just like the other Inuit moons, it moves in prograde motion. It is thought to be in Kozai resonance, like the moon Ijiraq. When a moon is in Kozai resonance, it means that its orbital inclination and eccentricity cyclically change.

The permanent name of this moon is not from the usual Greco-Roman characters. Instead, it is inspired by a hero of Inuit mythology. This name was suggested by the author Michael Kusugak.

How Did the Moon Kiviuq Form?

The Kiviuq moon is believed to be an object that was captured by the gravity of Saturn.

The origin of the irregular moons is different from the regular moons of Saturn. Most of the regular moons are thought to have formed in the system. They started as dusty disks that surrounded the planet when it was still young. These disks then formed into the moons that we know now.

There is still so much to learn about Kiviuq and the irregular moons. However, Kiviuq’s reddish color may give us some clue about it. Astronomers found out that the infrared spectrum of Kiviuq is very similar to the other moons in its group.

The said common trait of these moons indicates that they may have a common origin. It may be that they came from a break-up of an ancient body a long time ago. 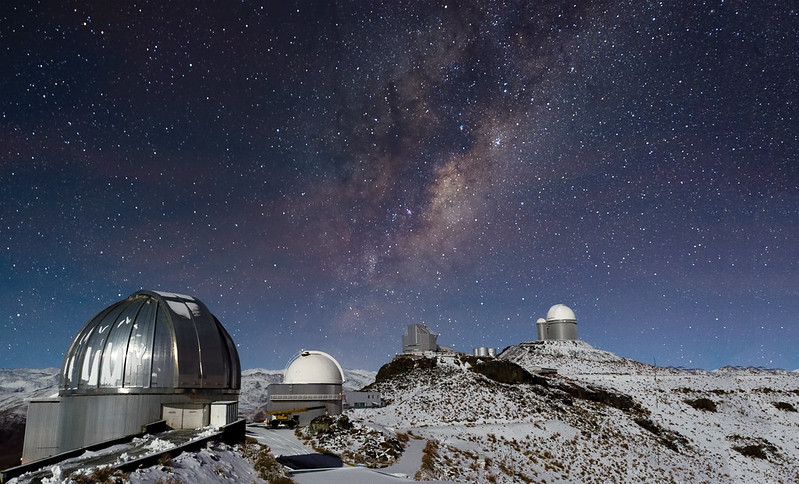 This moon was discovered by a group of astronomers at the European Southern Observatory (ESO). The observatory is located in the northern part of Chile, in La Silla.

The orbit of Kiviuq is inclined 45.71° from the plane of Saturn’s equator. The shape of this orbit is not circular. It is more elliptical as indicated by its eccentricity which is 0.1642.

Kiviuq rotates on its axis in roughly 22 hours. This is far shorter than its orbital period. The rotation and orbital period of this moon are not the same since it is not in synchronous rotation with Saturn. It is also not tidally locked, unlike the moons that are closer to the planet.

Data gathered by the Cassini spacecraft helped determine the rotation period of Kiviuq.

The largest irregular moon of Saturn is Phoebe.

The albedo of an astronomical body indicates its reflectivity. With an assumed albedo of 0.06, it is believed that Kiviuq is a dark body. Other sources indicate that the assumed albedo is 0.04, still suggesting that it is not a highly reflective object.

There is still a lot that we do not know about the irregular moon Kiviuq. Some of the data available indicate that its equatorial circumference is 50.3 km. Its surface area is 804.25 km2 and its volume is 2,145 km3.

The small moon Kiviuq is not yet seen up close. However, its infrared spectrum indicates that it has a light red color. Other moons of the Inuit group, Siarnaq and Paaliaq, have the same color.

Its brightness varies by more than 2 magnitudes. This big change means that the moon may have an elongated body. This variation also indicates that Kiviuq may be a contact binary.

A contact binary is an interesting thing. It is made up of two bodies that were drawn toward each other through gravity. These two bodies form a peanut-like shape when they touch.

The moon was named after Kiviuq (also Kiviuk, Kiviok, Qiviuq), a famous hero of the Inuit people in the Arctic regions. We use the words Kiviupian and Kiviuqian as the adjectival form of the moon’s name.

Kiviuq is always out for an adventure, often in foreign lands. His journeys are told in different places across northern Canada, Greenland, and Alaska. And while in them, he came across different creatures such as giants, spirits, and other monsters.

There are different versions of the many adventures of Kiviuq. And often, they vary across places. One such version is told by Franz Boaz.

Kiviuq set out for an adventure in his kayak. One day, when he landed on a coast, an old witch got him. The witch was fearsome. She would kill her guests by sitting on them and piercing them with her sharp tail. Kiviuq was able to survive because he placed a flat stone on his chest.

The hero then escaped and went on with his journey.

Another tale about Kiviuq tells his friendship with a young boy. There are two versions of this.

A young boy lives with his grandma. Kiviuq is the only friend of the boy because other people would always bully and make fun of him. Feeling sorry for her grandson, the old woman turned the boy into a seal.

People went to the sea to follow the seal. When they were in the deep part of the sea, the old woman created a big storm, drowning everyone who bullied the boy. Kiviuq was good to the boy so he was excluded.

A different version of the tale is told in the Kivalliq region.

This story is still about the boy and the old woman. However, this time, Kiviuq was one of the bad guys that bullied the orphan. When the big waves came, everyone died except for Kiviuq because he was very strong.

Kiviuq struggled against the waves until he reached the shore. It is said that Kiviuq is still on that same land up to this day. He has turned very old. And it is believed that the world will come to an end when his heart finally stops beating.