Let us break down the different types of moons of Saturn.

The regular moons of Saturn have prograde orbits that are nearly circular. These orbits have little inclination, that is, they are not very tilted to the equatorial plane of the planet. Identifying them is easy. That is because they are usually the largest and the most famous moons in a system.

More than twenty of the named natural satellites of Saturn are regular. It includes many groups. These are:

Other regular steliites of Saturn are Aegaeon and S/2009 S 1. Aegaeon is the smallest moon that is known in the system. Meanwhile, S/2009 S 1 is just one of the many “propeller moonlets” around the planet’s rings. Both small bodies are discovered by the Cassini Imaging Team.

Saturn’s irregular moons are divided into three groups. These moons are grouped together based on orbital similarities and other characteristics. They are also thought to be from the same collisional families.

Below are the three groups and some of their member moons.

The Norse group is the largest group of Saturn’s irregular moons. Aside from the ones mentioned, there are still twenty-five members that were not given names yet. This class is also called the Phoebe group. That is because Phoebe is the largest irregular satellite in the Saturnian system. All the moons in this group have retrograde orbits.

The Inuit moons are a group of irregular satellites of Saturn. The group is called so because its members are named after characters from Inuit mythology. Five moons in this group were given names. Arranged in increasing distance from the ringed planet, they are:

The Inuit moons have prograde orbits. Their semi-major axes are around 11,000,000 to 18,000,000 km. Other orbital features of these moons are closely similar as well. The eccentricities of their orbits are between 0.15 and 0.48 and their inclinations range from 40° to 50° from Saturn’s plane. 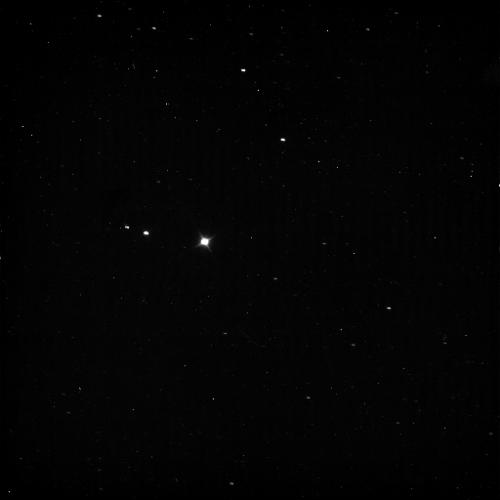 Paaliaq is an irregular moon of Saturn. It belongs in the Inuit group. Another designation for it is Saturn XX.

This moon had a ground-based discovery in August 2000. Before it was awarded a permanent name, it was assigned the provisional designation S/2000 S 2. It indicates that it is the second new satellite of Saturn discovered in the year 2000.

Its name, Paaliaq, was inspired by a character in the book “The Curse of the Shaman” by Michael Kusugak and illustrated by Vladyana Krykorka. We use the adjectival form Paaliapian and Paaliaqian for this moon’s name.

Paaliaq, together with other moons in the Inuit group, has a prograde orbit. Though most of its surface characteristics are still unknown, its infrared spectrum tells us that it is light red in color.

How Did the Moon Paaliaq Form?

The moon Paaliaq is believed to be an object that was captured by the gravity of Saturn. The same theory applies to other irregular moons.

The regular moons, however, are thought to have a different origin. These natural satellites most likely formed in the Saturnian system. They started as dusty disks that circled the ringed planet when it was still young.

Surely, the Paaliaq moon must have come from somewhere outside the Saturnian system. One clue about its origin is its color. The infrared spectrum of this moon is very much like the other moons Kiviuq and Siarnaq.

These three moons are in the Inuit group. Their similar characteristics indicate that they may have come from the same body. This large body probably broke up a long time ago, scattering bits and pieces of it in space.

The irregular satellite Paaliaq was discovered on August 7, 2000. The moons Ymir and Kiviuq were also discovered along with it at the same time.

The team made the discovery at the European Southern Observatory (ESO) in La Silla, Chile.

The La Silla observatory is the first observation site of the ESO. It is located in the Atacama Desert in Chile.

The telescopes in this observatory are 7,870 feet or 2,400 meters above sea level. The location is ideal for observation because of its very dark night skies. It is also far from light pollution.

Paaliaq orbits Saturn at a distance of about 15 million km (or 9.3 million miles). It takes this moon 686.9 days to complete an orbit around the parent planet.

The eccentricity of Paaliaq’s orbit is 0.5402. Because of this high eccentricity, it is shaped more like an oval than a circle. It is also inclined at the plane of Saturn’s equator at about 45°.

Paaliaq is more than 20 km across. It is 1.8 times smaller than Siarnaq, the largest among the Inuit moons. And compared to our planet’s moons, Paaliaq is nearly 160 times smaller.

Paaliaq is the second largest of the Inuit moons. Putting the five named satellites in increasing size, the list would be Tarqeq, Ijiraq, Kiviuq, Paaliaq, and Siarnaq.

The rotation period of Paaliaq is about 19 hours, very far from its orbital period which is more than a year. The two numbers are not the same since this moon is not in synchronous rotation with Saturn.

Unlike the inner moons of Saturn, the outer moons have dark surfaces. Paaliaq is one of these very distant natural satellites.

Astronomers can only assume the albedo or reflectivity of Paaliaq. Its assumed albedo is 0.06, similar to that of the irregular moon Phoebe.

Saturn’s moon Enceladus has the highest albedo among all astronomical bodies in the solar system. It is very bright because it reflects nearly 100% of the light that hits it!

The reason for this moon’s high albedo is its composition. Its surface is made up of ice and its interior probably has a liquid core. 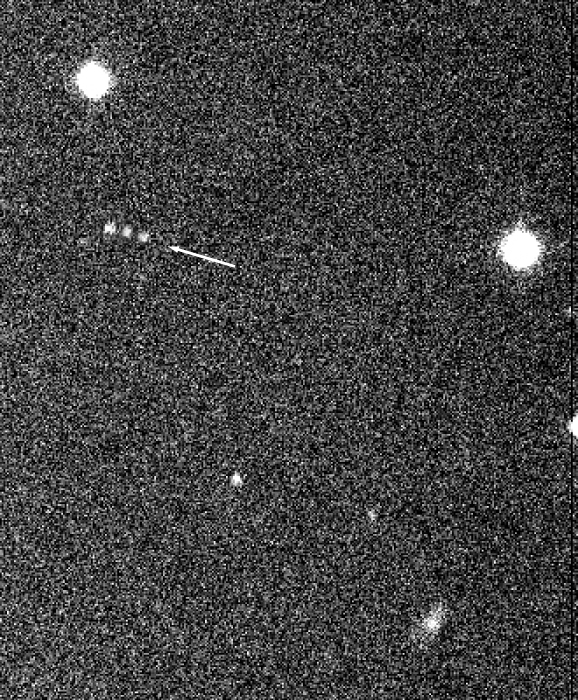 Paaliaq is very distant from Saturn and no spacecraft has seen it up close yet. What we know, however, is that it has a light red color. This infrared spectrum holds clues about its origin and that of the other moons in the Inuit group.

The storyteller and writer Michael Arvaarluk Kusugak suggested the name Paaliaq for this moon. One of the moon’s discoverers, John J. Kavelaars, learned about the author in one of the storybooks he wrote.

Kavelaars got curious about the unique names of the characters in the Inuit-related stories he was reading to his children. So, he got in touch with the writer. Kusugak also proposed the names of the other Inuit moons Kiviuq, Ijiraq, and Siarnaq. 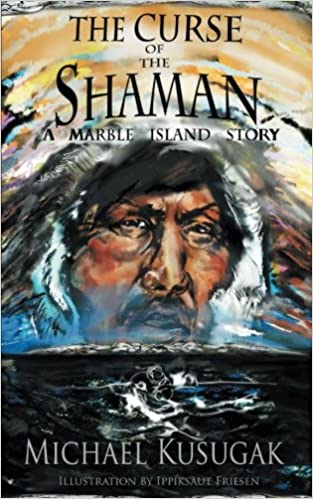 The name Paaliaq is an original character in Kusugak’s book titled The Curse of the Shaman, A Marble Island Story.

The story is about a shaman named Paaliaq who has a baby daughter named Breath. His daughter, however, keeps on crying. This irritated the shaman that he, instead, cursed another baby for life. This baby’s name is Wolverine.

Growing up, Wolverine cannot marry Breath as it is part of the curse. The grumpy shaman also banished Wolverine when he reached his teenage years. Realizing what he did, Paaliaq revoked his curse but his magic animal will not allow it.

The story is centered on Wolverine’s adventure and his quest to return home to his family and the young girl, Breath.