What is an Outer Large Moon?

The moons of Saturn are grouped based on common characteristics and their locations from the planet and its rings. These rings are composed of ice and rocks of different sizes. They affect the moons around them and, in the same way, the rings are also influenced by the moons. The broad and bright rings of Saturn can be divided into seven main groups. The closest ring to the planet is labeled the D Ring, followed by the C, B, A, F, G, and E Ring. Some of the moons, called the shepherd moons, lie in the gaps of the A Ring and F ring. Another group called the inner large moons orbit Saturn within the E ring. After the inner large moons are the outer large moons, like the Hyperion Moon.

Rhea is the second-largest moon in the system. The largest one is Titan, which is a very interesting world containing a dense atmosphere and liquid on the surface.

Next to the possibly habitable Titan is Hyperion, an irregular and strange-looking moon that stands out because of its sponge-like look. The fourth outer large moon is Iapetus, the farthest of the major moons and the third-largest natural satellite in the Saturnian system. 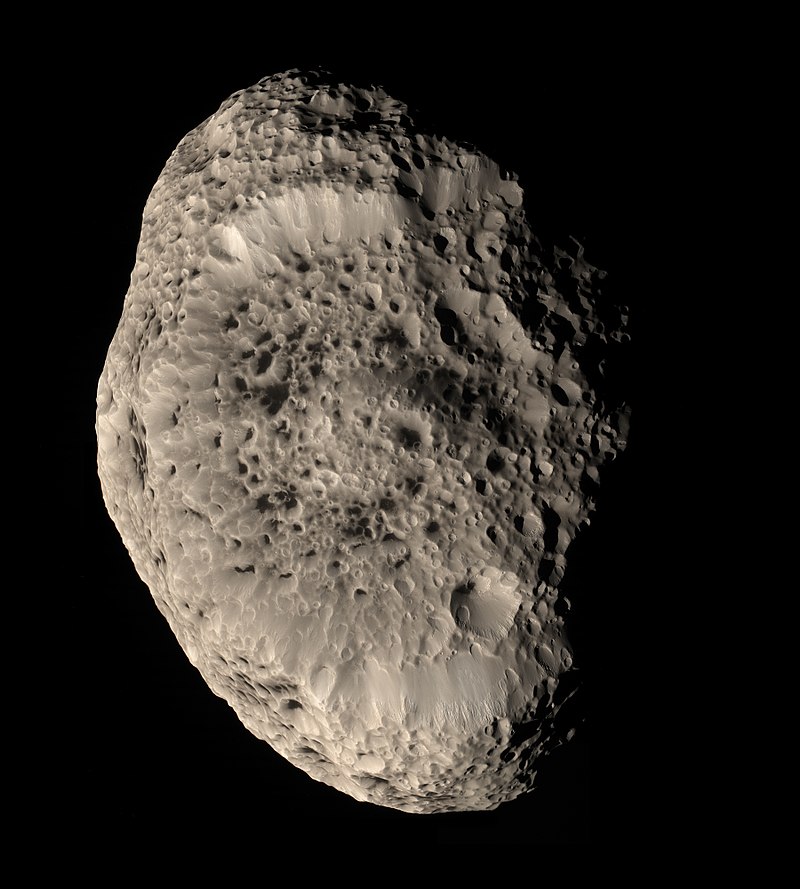 Hyperion is also called Saturn VII because, among the large moons, it is the seventh furthest from the ringed planet. We use the adjectival form Hyperionian for this moon.

Hyperion’s closest neighbor is the largest moon of Saturn, Titan, which is also designated Saturn VI. Because of their distance from each other, the two moons are in an orbital resonance that greatly affects the orbit of the smaller moon.

Some remarkable characteristics of Hyperion are its mysterious look and chaotic orbit. Its craters are sharp and deep, giving it a sponge-like appearance overall. It also closely resembles a wasp nest.

Saturn’s moon Hyperion has an apparent magnitude of 14.1, so we cannot see it with the naked eye. It was observed that a kind of dark-red material is deposited on its crater floors. These areas are also the least reflective parts of the moon.

Because Hyperion is so far away from Saturn, it does not receive much tidal heating. This could have erased the earlier surface features of this natural satellite. The same is true to other outer moons, Iapetus and Phoebe, which are also severely cratered.

How Did the Moon Hyperion Form?

Hyperion is believed to have come from a pre-existing body. This proto-Hyperion body, estimated to be around 350 to 1,000 km in diameter, is larger than the moon that we know of today.

The ancient body must have experienced a major impact that broke it apart, forming the fragment that is now the Hyperion moon. This origin likely explains the odd shape and the overall irregular body of the moon. 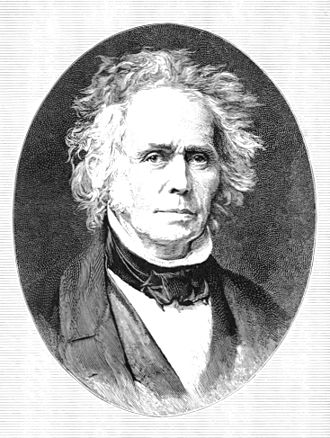 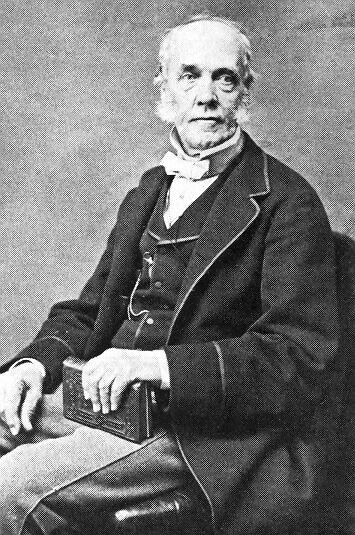 The moon Hyperion was discovered on September 16, 1848. It was independently discovered by two groups of astronomers.

The father and son duo William Cranch Bond and George Phillips Bond discovered it in America while William Lassell discovered it in Britain around the same time. The three are credited as co-discoverers of the moon.

The discovery of Hyperion was around the same period that John Herschel suggested the naming of earlier discovered moons of Saturn. Their permanent names, as suggested by Herschel, were inspired by Greek mythology characters, specifically those related to Cronus (Roman: Saturn).

Hyperion was the first-ever moon discovered that does not have a round shape.

The earlier mission of Voyager 2 was able to take some images of the moon Hyperion. However, because of the great distance, not all of its surface features were seen clearly. It was found out that Hyperion’s surface has so many craters but its sponge-looking surface was not seen in detail. 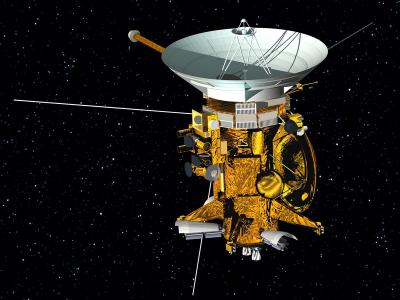 The Cassini-Huygens mission, which mainly explored the system of Saturn, revealed the moon in full glory during a close flyby. The orbiter made a targeted flyby on September 26, 2005. It took the first-ever close-up look on the moon’s surface. During that time, Cassini was just 500 km or 310 miles from the moon.

The Cassini spacecraft made other close approaches to Hyperion which helped send more data on understanding the nature of this lumpy moon.

The shape of Hyperion makes it one of the most recognizable moons of Saturn. Though it is a relatively large object, it is non-ellipsoidal in shape. In fact, it is the second-largest moon, after the moon Proteus of Neptune, that has an irregular form.

If compared to the Earth’s Moon, Hyperion is also smaller by nearly 13 times.

Hyperion’s density is 0.544 g/cm3. This is low given the size of this moon. This low density is evident in its spongy appearance. The moon’s porosity or void fraction is 0.46. It indicates that more than 40% of this moon is empty space.

The Hyperion moon is largely made up of water ice, with a little percentage of rock. This composition can be easily inferred through its low density. There could be small traces of lighter materials that make up this moon, like carbon dioxide or methane.

The physical composition of Hyperion is thought to resemble a loosely accumulated pile of rubble. The said rubble pile is “loose” because the moon does not have enough gravity to compact the small bodies of ice and rock on its surface.

The temperature on Hyperion is about -180 degrees Celsius (-292 degrees Fahrenheit or 93 Kelvin).

Hyperion’s surface is not exceptionally reflective considering that it is highly made up of water ice. Its relatively low albedo, which is about 0.3, implies that there must be some dark material covering it.

Hyperion has a chaotic rotation, making its orientation hard to predict. It wobbles and keeps on tumbling through space. This chaotic nature was observed in Voyager 2 images and ground-based observations.

Considering its chaotic rotation, Hyperion is not tidally locked to Saturn. Its rotation period is estimated to be about 13 days.

Not many moons in the Solar system have a chaotic rotation. Other moons with a similar characteristic are Nix and Hydra of the now considered dwarf planet Pluto.

Hyperion’s orbit has an eccentricity of 0.232. This irregularly-shaped moon orbits Saturn with an average distance of 1,500,000 km or 933,000 miles. And since it is not in a synchronous rotation with the ringed planet, its rotation and orbital period are not the same. It completes a trip around Saturn in about 21 days.

The orbit of Hyperion is inclined 0.43° with respect to the equator of its parent planet.

Hyperion is the only regular moon in our solar system that is not tidally locked to its parent planet.

As Affected by Titan

The nearby Titan moon largely affects Hyperion. It is believed that being Saturn’s largest moon, it has contributed to the chaotic rotation of Hyperion.

Titan and Hyperion are locked in a 3:4 orbital resonance. That means when Titan orbits Saturn four times, Hyperion also makes three trips around the planet. But between the two, Hyperion is more affected by this relationship since it is a much smaller body. When these two moons pass each other, they adjust and change their speeds by either accelerating or slowing down.

Due to its resonance with Titan and the great distance from the host planet, Hyperion is not tidally locked to Saturn. As a result, both sides of this moon have a chance to face the planet. And, unlike most moons, it does not have leading and trailing atmospheres.

Other factors that may have contributed to Hyperion’s chaotic rotation are its irregular shape and the eccentric orbit that if follows. Titan’s tug to the smaller moon keeps it from having a circular orbit.

Hyperion looks like an elongated potato with lots of craters. These craters have sharp edges and bright walls, with material pooling at the bottom. 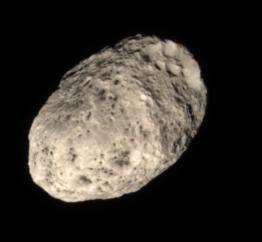 One side of this moon looks like it is flattened as a result of a big impact a long time ago. Its unusual surface features are caused by its low density, making it look like a giant sponge in space. It is said that the porous nature of this moon makes it possible for its craters to remain as they are, unchanged, over time.

Impacts on Hyperion do not cause more excavations on its surface but rather compress it. Ejecta from these events is then blown off into space.

Aside from the craters, Hyperion has a prominent dorsum or ridge. It is called Bond-Lassell Dorsum, after the moon’s discoverers.

The presence of dark material on the surface of Hyperion is likely the reason for its low albedo. This material may be from other moons outside the E ring, Phoebe and Iapetus.

Phoebe is a dark moon. Since it lies further than the outer large moons of Saturn, it is possible that dark material from it made its way past the moon Iapetus and reached Hyperion.

Further study, however, proved that the substance is mostly similar to that of the moon Iapetus. The same dark and reddish material fill the bottom of the Hyperionian craters.

The name Hyperion means “he who goes before.” This name was based on a Titan’s name in Greek mythology. Epithets related to him are “The One Above,” “A Bringer of Light,” and “Who Travels High Above the Earth.”

The Titans are the children of the primordial god of the Sky, Uranus, and Gaia, the Earth. There are twelve Titans, six of them are males, and six are females. The male Titans became the consorts of the Titanesses (also Titanides), their female siblings.

Hyperion’s consort is the Titaness of sight, Theia.

The Titans and Their Consorts

The Titan Hyperion is not directly linked to any stories and tales. His most known role in Greek mythology, together with Theia, is being the father of the celestial gods and goddesses, Helio, Eos, and Selene.

In Greek mythology, Hyperion’s offsprings are the deities and personifications of the things that we see when a new day unfolds and ends.

Helios, being the Sun god, drives his chariot across the sky to signal the start of a new day. Eos, being the goddess of the dawn, has a similar duty. She rises each morning to open the gates of heaven, allowing the Sun to rise. Selene, on the other hand, represents the moon and drives her lunar chariot to signal the end of the day.

Some sources use the names Hyperion and Helios interchangeably, implying that the Titan and the Sun god are the same. The most prominent use of the name, however, indicates that the two are distinct characters from each other.

A Different Take on the Name

While the name Hyperion is most commonly associated with Greek mythology, the Greek historian Diodorus Siculus had a different take. He said that Hyperion was a person’s name.

According to him, Hyperion was referred to as the father of the sky elements because he was the first person to understand the sky movements. It was said that he was able to figure out the mysteries of the celestial bodies that govern our days and nights.