The Eagle Nebula currently has a brightness magnitude rating of six, which makes it relatively easy to spot on a clear night with a small telescope or even a strong set of binoculars. This makes it a popular target for budding and amateur astronomers learning to map the night sky.

Today it is estimated that the Eagle Nebula is 5.5 million years old. 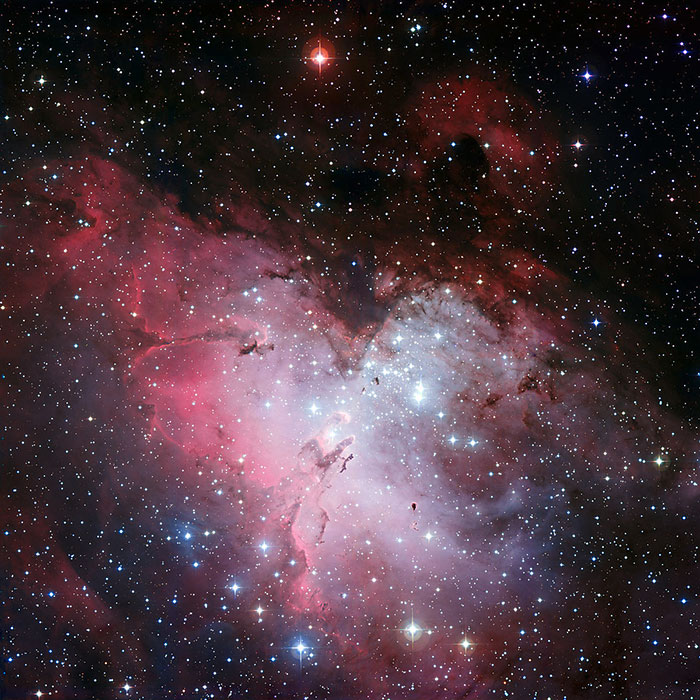 Here is a quick overview of the Eagle Nebula’s basic statistics.