You can learn more about the biggest star and some of the other stars in the universe before grabbing your telescope.

UY Scuti is the largest star in the universe and dwarfs all other stars. Astronomers working in Germany first discovered and identified the star in 1860 as part of their research at the Boon Observatory. They watched it for 740 days and found that it became brighter and dimmer during that period. 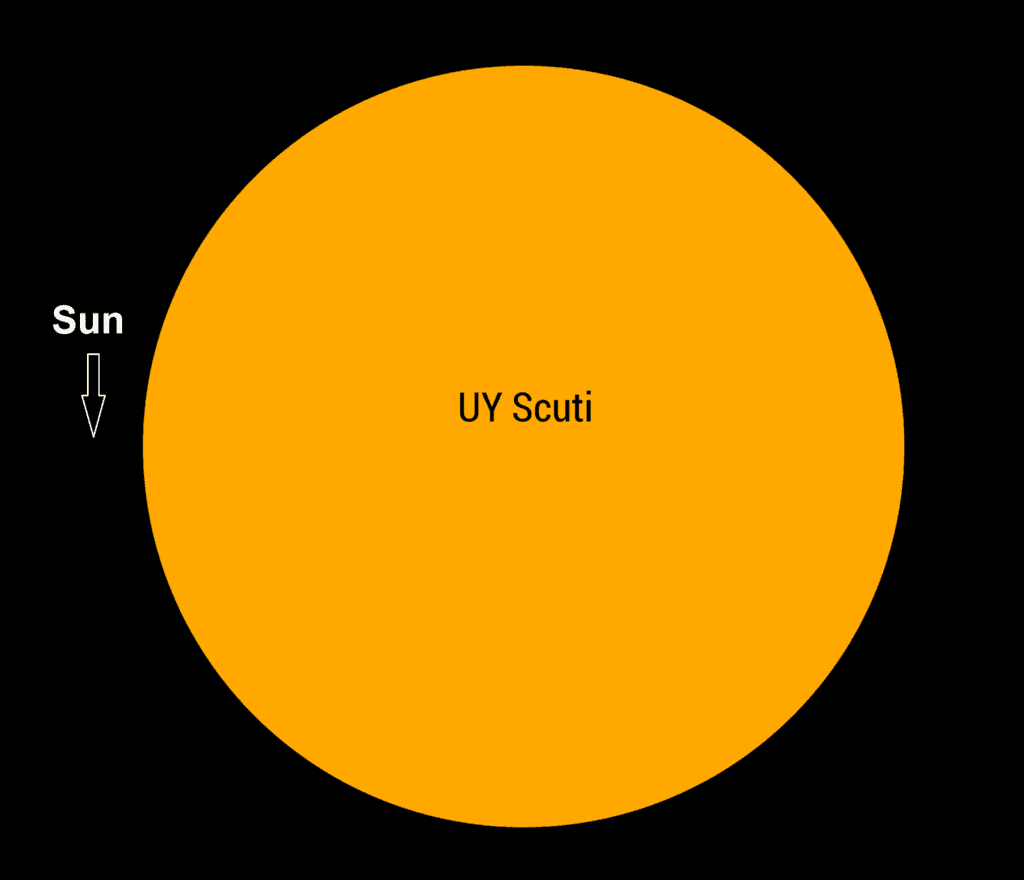 The team named it BD-12 5055, though most now call it UY Scuti. UY Scuti is more than 9,000 light-years from the earth and sits near the middle of the Milky Way. Astronomers named it the largest size in terms of diameter. Though stars have blurry edges and can change size over time, this star remains the largest.

What About the Sun?

You might remember learning that the sun is a star rather than a planet in a school science class. When you stand outside during the day and look up, the sun can seem large in scope. This might make you think that it’s the largest star in the galaxy. UY Scuti is several hundred times larger than the sun though. One reason why the sun seems larger is that it’s closer to the earth. While the sun is a large start, it’s far from the biggest star in the universe.

If not for UV Scuti, WOH G64 might be the largest star in the universe. It is roughly 170,000 light-years away from the earth, which is why it might appear small in a telescope. The start has dust that orbits near and around it. This can change how large it appears because the dust can block some of the star and reduce the amount of light that shines through. Astronomers believe that the start was once larger because it absorbed a dying star but that it changed in size over the years. This is likely due to the star becoming a supernova later.

Fans of the hit Michael Keaton movie “Beetlejuice” might remember that Betelgeuse was his real name. The star of the same name ranks as one of the largest in the universe. If you have a telescope, you can use it to see this start, which becomes visible in October every year. The star remains visible through the end of May too. Closer to the earth than other stars, it is less than 700 light-years away. Betelgeuse is one of the largest stars in a constellation, which astronomers call Orion. This star is close to reaching supernova status.

An important thing to keep in mind is that the size of stars can change over time. The most common reason for this size change is because it becomes a supernova or reaches that status. NASA refers to a supernova as a star that suffers some type of explosion, which causes it to expel a significant portion of its mass. When a star dies, it expels its mass and forces it into other parts of the universe. Other stars can absorb some of that mass and become larger. NASA and astronomers have a list of stars approaching supernova status.

How to See the Biggest Stars in the Universe

The best way to view some of the biggest stars in the universe is through a telescope. You can get a base model or a professional model that lets you view the stars and constellations such as Orion and the Big Dipper. If you live near an observatory, you can also take a tour and view some of the stars through a larger telescope. Many of these centers are open to the general public. While UY Scuti is the largest star in the universe, there are other big stars that you can also see with a telescope.

The Largest Known Stars In the Universe 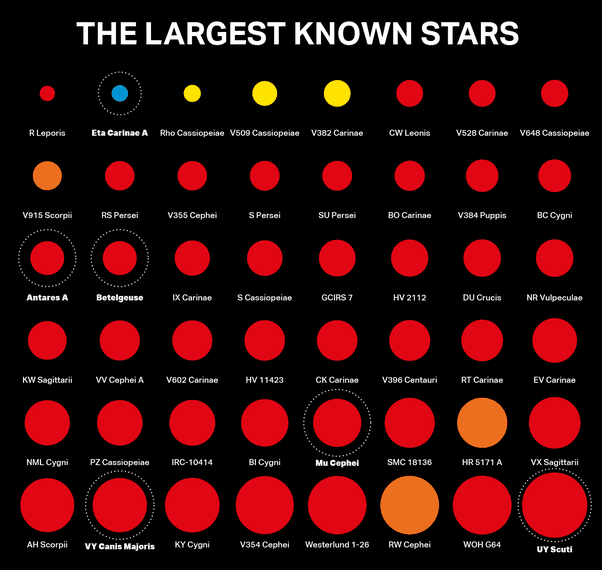