Interesting Facts About the Star Antares 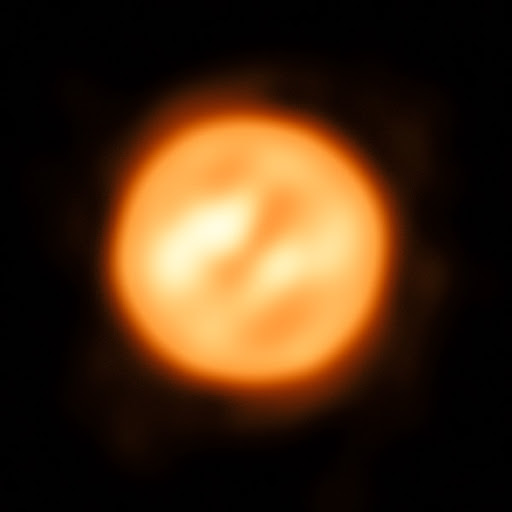 Antares or Alpha Scorpii is a red supergiant that sits at the heart of the Scorpius constellation. Because of its location and its reddish appearance, it is nicknamed the “Scorpion’s Heart.” It shines with the luminosity of more than 10,000 Suns. Some sources even put its luminosity at 75,900 and 97,700 times that of the Sun.

Antares is a variable star so several of its properties like brightness, temperature, and even radius appear to change. We do not need to use a telescope to spot it. The apparent magnitude of Antares changes between 0.6 to 1.6. So whether it is in its maximum or minimum brightness, it is easy to see with the unaided eye.

Where Is The Antares Star?

Antares is located around 550 light-years (170 parsecs) from Earth. Because of its distance and variability, determining the exact size and other properties of this star is a challenge. Even so, it is estimated that Antares has 12 times the solar mass, with a radius around 680 times that of the Sun.

The apparent pulsations of this star cause changes in its radius by nearly 20%. One thing to note is that though it is hundreds of times larger than the Sun, Antares is only 12 times as massive. It is, therefore, diffuse given its size.

Antares is not a single star, but a binary system. Its smaller companion is designated Antares B or Alpha Scorpii B.

Other names used for Antares include 21 Scorpii in the Flamsteed designation and in the Henry Draper Catalog, it is called HD 148478. No exoplanet has been discovered in this star system so far.

Where Does the Name Come From?

The traditional name “Antares” simply means “anti-Ares” or “the rival of Ares.” This is a reference to two things: the star’s appearance in our sky and Ares in Greek mythology.

The star Antares shines with a reddish color as seen in our sky and many people often mistakenly think of it as Mars. Aside from color, Antares also lies near the ecliptic. The ecliptic is the plane of the Earth’s orbit as it goes around the Sun.

The other planets in the solar system also lie near the ecliptic, including Mars. That means Antares and Mars are not only similar in color but they can also be seen close to each other in the sky. Sometimes, the gas giants Saturn and Jupiter can be seen nearby too.

To differentiate Antares from the red planet, the Greeks gave this red star the name “anti-Ares.” In Greek mythology, Ares is the god of war. His Roman counterpart is Mars—who the red planet was named after.

Aside from its Greek origin, others think that this name may have come from an Arab warrior named Antar. As a poet and knight, he wrote about adventures in the poem Mu’allaqat.

The traditional name Antares was chosen in 2016 as the proper name of this star, Alpha Scorpii A. 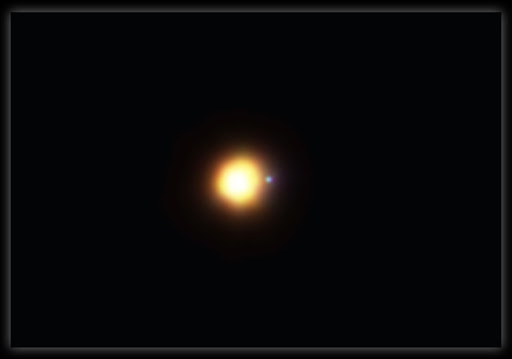 Antares is part of a binary system. The fainter secondary star is called Antares B, a main-sequence star with a blue-white hue. These two stars are projected to be more than 220 AU away from each other, or 220 times the Sun-Earth distance.

The red star Antares is sometimes called Antares A to distinguish it from its companion star. It is much larger than the Sun by about 680 times. This size is equivalent to around 3 astronomical units (AU) or about 3 times the distance between the Sun and Earth.

Antares A is nearly 700 times larger than the Sun. Interferometry findings indicate that the star’s atmosphere extends about 2.5 times its radius, making it even larger than previously thought.

Antares A is projected to be one of those massive stars that would make a violent explosion as it ends its stellar life. The supernova explosion will most likely be seen from Earth but because of distance, it will not affect our planet. In the end, this explosion could leave a neutron star or even yet, a black hole.

Antares B is a smaller main-sequence star than the primary. Still, this blue-white star is around 5 times as large as the Sun and is about 7 times as massive. It has an apparent magnitude of 5.5. This means that it is not very bright and is already near the limit of stars that are visible to the naked eye.

Antares B is often lost in the glare of the primary star so observing it would need larger telescopes. During occultations, however, when the Moon blocks Antares A from our point of view, the smaller star can be seen more easily. 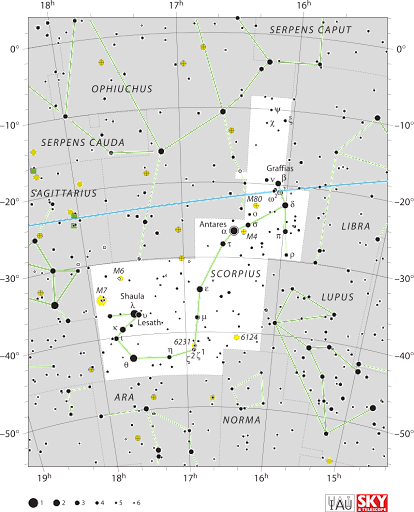 Learning about Antares also means familiarizing ourselves with the constellation where it belongs. This red supergiant is part of the zodiacal constellation of Scorpius, the celestial scorpion.

Scorpius is made up of bright stars so one can easily make out its sky pattern. Many star systems form its front part together with Antares, which is flanked between the Tau Scorpii and Sigma Scorpii. The most prominent ones are Beta Scorpii, Dschubba, Sargas, Jabbah, Fang, Alniyat, and Paikauhale.

The rear part has a notable hook-like pattern that represents the scorpion’s tail. At the tip of this tail are the two stars Shaula and Lesath. Interestingly, the names of these stars mean “sting.”

In ancient times, the Scorpius constellation was bigger than it is today. The Greeks considered the now-constellation of Libra as the claws of the scorpion before. Libra was charted as a separate constellation when the Roman times came. 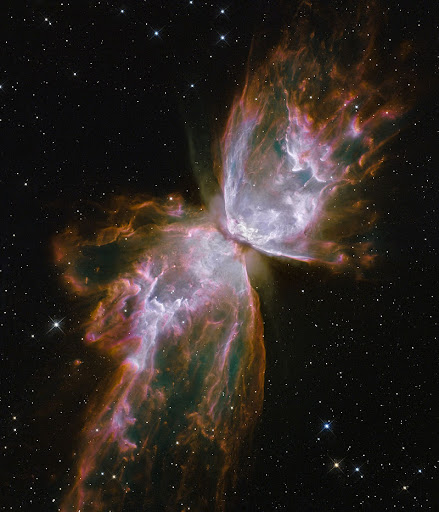 Aside from bright stars, Scorpius is also home to many notable deep-sky objects. The whole constellation straddles the Milky Way galaxy so it is abundant in star clusters and nebulae. Some examples are the Ptolemy Cluster, Messier 4, the Butterfly Nebula, and the Cat’s Paw Nebula.

Where Can You See Antares in the Night Sky? 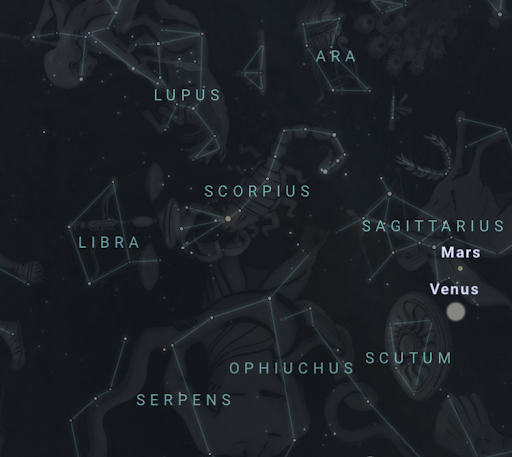 The Scorpius constellation is located predominantly south so observers from the southern hemisphere can spot it more easily. Below are the exact coordinates of its brighter star, Antares:

The Scorpius constellation is visible between the latitudes +40° and −90°. With that said, Antares does not climb very high in the sky in higher northern latitudes.

It is not visible from 64° N latitude and up while it is circumpolar in 64° S and below, including in Antarctica. When a star is circumpolar, it never sets below the horizon from that specific location so it is visible every night.

We can also use the neighboring constellations of Scorpius to see Antares. These nearby constellations are Sagittarius, Ophiuchus, Libra, Lupus, Norma, Ara, and Corona Australis.

How and When To Find Antares?

From the northern hemisphere, Antares and the constellation of Scorpius can be seen best in the summer months. Aside from straddling the Milky Way, the notable fishhook pattern of the scorpion will give it away.

Observers have to look southward to look for Scorpius. The red supergiant Antares can be easily spotted with the naked eye, but if you have a small telescope or a pair of binoculars, the constellation has even more to offer. Antares is flanked by two stars, Tau Scorpii and Sigma Scorpii. Near this ruby-red star is the globular star cluster Messier 4 (NGC 6121).

Antares can be seen all night when it is on the opposite side as the Sun. This is around the last day of May each year. 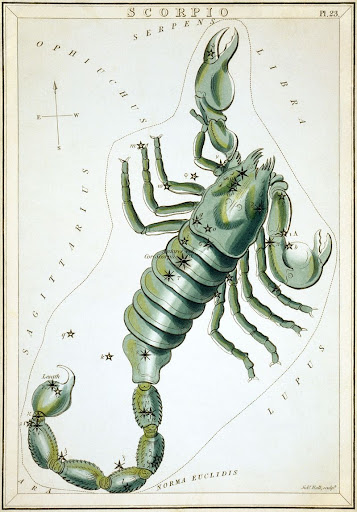 The apparent red color of Mars and the star Antares gave rise to the name of the star itself. They are often confused as one being the other so the Greeks called the star “anti-Ares” or “anti-Mars.” In Mesopotamian culture, Antares was identified with the ancient goddess Lisin (Negun).

For the Ngarrindjeri people in South Australia, Antares is associated with Waiyungari. This name means “the red man.” According to their folklore, there was once an initiate named Waiyungari who was covered in red ochre.

Waiyungari met two women who later became his wives. It is forbidden for initiates to engage with women so Waiyungari ran away into the sky together with his two wives. While Waiyungari became the red star Antares, the women became Tau Scorpii and Sigma Scorpii—the two stars on both sides of Antares.

The Ngarrindjeri people have a rich body of knowledge in observational astronomy. In fact, they were able to identify the variable nature of Antares. They associate the changing brightness of this red star to Waiyungari’s burning passion for his wives.

Like Antares, the Aboriginal Australians also have stories about the variable giant stars Betelgeuse and Aldebaran. 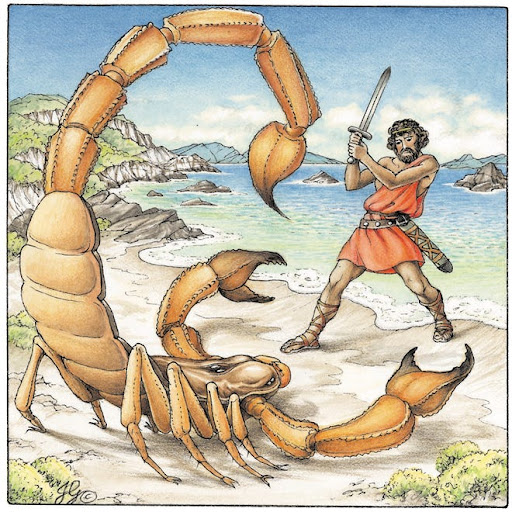 The constellation of Scorpius was mentioned in several stories in Greek mythology. The most famous one was about the hunter Orion and the scorpion.

According to the story, Orion threatened the gods that he would kill all animals on the planet. When the goddess of the hunt, Artemis, and her mother Leto heard this, they sent a scorpion to stop him. Orion and the scorpion engaged in a battle. Zeus saw what was happening and decided to put them in the sky.

In another version of the story, it was the goddess Gaia that ordered the scorpion to sting the arrogant hunter. Even in the sky, it seems like the two have remained enemies as they cannot be seen together in the night sky. As seen in the northern celestial hemisphere, Orion hunts in winter but disappears every summer when Scorpius becomes prominent.

The shape of the Scorpius constellation has different interpretations across different cultures. In Hawaii, the curve-like pattern is associated with the fishhook of the demigod Maui. For the Javanese people, the constellation is likened to a “leaning coconut tree” or a “brooding swan.”

Where Can You See Antares in the Night Sky?: https://stellarium-web.org/