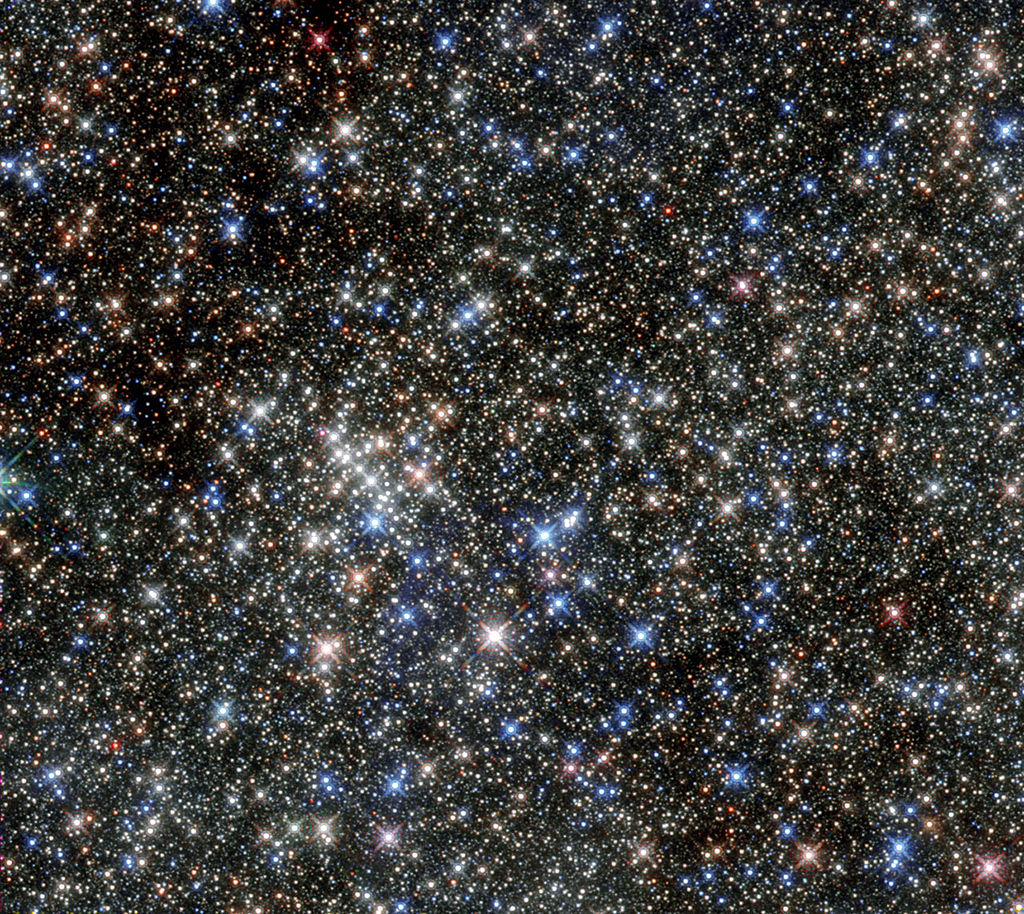 The Quintuplet Cluster was first detected in 1983 as a pair of infrared sources. There were designated GCS-3 and GCS-4 (Galactic center Source 3 and 4). GCS-3 was then resolved into four separate sources that, with GCS-4, formed a quintuplet. These are known as the quintuplet stars.

The star cluster itself was discovered in 1990, when the region was studied in more detail at several wavelengths. Infrared observations allowed researchers to see it through the obscuring dust near the Galactic center. The objects were believed to be hot, luminous young stars. The first five stars discovered were labelled Q1, Q2, Q3, Q4 and Q9 and are still believed to be protostars. The stars Q5 and Q6 were later identified as members of the same cluster.

In 1994, observations suggested that the cluster members were more evolved than originally believed. Broad helium emission lines were discovered in the stars’ spectra. With two of these stars being classed as Wolf-Rayet stars. One as a luminous blue variable (which was thought to be one of the most luminous stars in the Milky Way at the time), and several identified as red supergiants.

In 1999, a study of almost 600 stars in the cluster revealed that it was home to another luminous blue variable. As well as more Wolf-Rayet stars than any other cluster discovered to date.

Many photos of the Quintuplet Cluster have been taken with NASA’s Hubble Space Telescope.

The cluster is heavily obscured by dust in the visual bands and cannot be seen with the naked eye, but it can be observed in infrared, radio and X-ray bands.

The Quintuplet Cluster is less dense than the Arches Cluster and contains fewer extremely massive and luminous stars. It is also slightly older, with an estimated age of 4 million years, as indicated by the number of red supergiants in the cluster. However, the exact age of the cluster is unknown and star formation may have been staggered over a million years or more.

The cluster is believed to be physically associated with the Galactic centre because the stars and other objects have large radial velocities, which is likely a result of orbiting so close to the Milky Way centre.

The cluster contains a number of massive stars and somewhat evolved stars, including 21 Wolf–Rayet stars, 2 luminous blue variables and a number of red supergiants.

The luminous blue variables (LBV) in the cluster are some of the brightest stars known. These include the Pistol Star and the less well-known V4650 Sagittarii (qF362). These will end their lives in supernova explosions within the next 3 million years. Bright star V4998 Sagittarii is another luminous blue variable. It is positioned about 23 light years away from the cluster.

The Quintuplet Cluster is also associated with the Sickle Nebula, which is an H II region that resembles the Pillars of Creation in Messier 16. The Sickle Nebula is named for it’s arc-like appearance and contains fingers of ionized gas. These are illuminated by the extremely hot stars in the cluster.

In the next few million years, the cluster will be torn apart by the gravitational tidal forces in the galaxy’s core.