Facts About Proxima Centauri b

What Is an Exoplanet? 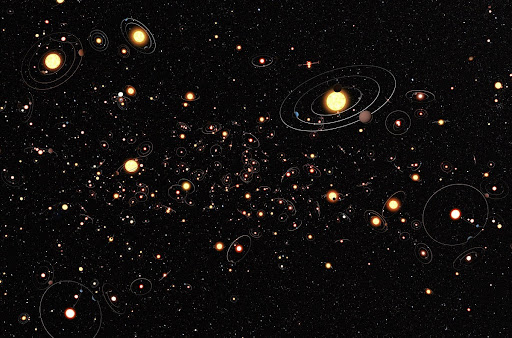 An exoplanet is short for “extrasolar planet.” It is a planet that orbits a different star, or any star that is not the Sun. In short, they are outside our solar system.

There are also unique objects called rogue planets. These are exoplanets that are not bound to any star. They are wandering and free-floating in space. 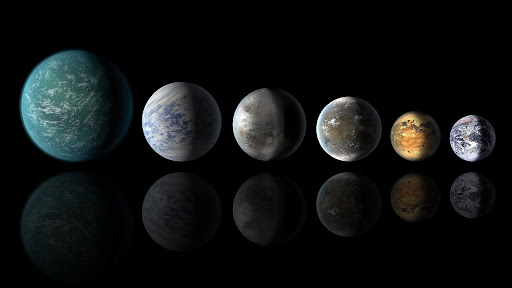 Exoplanets come in all sizes and compositions. Some of them are much more massive than Jupiter, the largest planet in the solar system.

Gas giant exoplanets are like Jupiter and Saturn in terms of size and composition. However, a lot of them are also much, much bigger.

Neptune-like or Neptunian exoplanets have sizes comparable to that of Uranus and Neptune.

Terrestrial exoplanets have similar compositions as Earth. Their sizes range from half the size of Earth (or even smaller) to about twice its radius.

Super-Earths are exoplanets that are more than twice as massive as Earth but are lighter than Neptune.

What Is Proxima Centauri b? 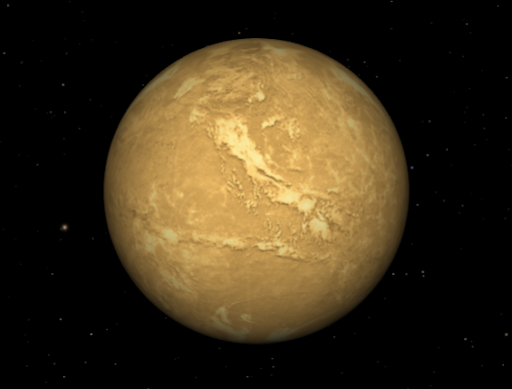 Proxima Centauri b is an exoplanet that orbits the closest star to us, Proxima Centauri. It is considered an Earth-like planet as it is likely a rocky world that is about the same size as Earth. It was discovered in 2016.

This planet orbits its star in a period of only 11.2 Earth days. Its minimum mass is estimated to be around 1.2 Earths. It is 0.0485 AU from the star, which means that it is around 20 times closer to its host star than the Earth is to the Sun.

The host star, Proxima Centauri, is also called Alpha Centauri C since it is a part of a triple star system. It is a variable star that causes flares and sudden changes in brightness. This means that any atmosphere that Proxima Centauri b may have will likely get destroyed by UV radiation and X-ray emissions from its star.

Aside from its distance, another interesting thing about Proxima Centauri b is that it lies in the habitable zone of its planetary system. It is in many ways comparable to Earth which makes it a very notable subject among astronomers. Since it is very Earth-like, there is also a possibility of it containing life forms.

Being located in the habitable zone, however, is not the only requirement for life forms to exist. There is still a lot that we do not know about Proxima Centauri b. First off, we do not know whether this exoplanet has an atmosphere or not. Also, the age of this exoplanet is unknown and it likely has no moons.

Proxima Centauri b is one of the targets of the Breakthrough Starshot interstellar project. It aims to explore the Alpha Centauri star system, our closest neighbor. 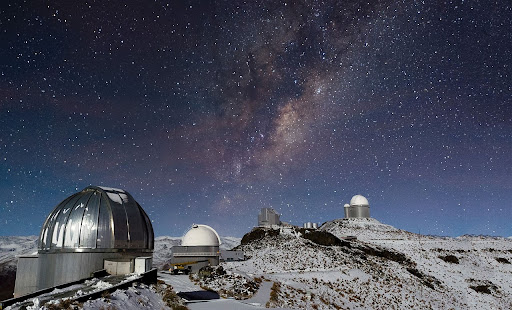 Red dwarfs are the most common stars. Generally, most of them have 1 or 2 companion planets. From that number, about 20–40% of them are in the habitable zone.

Proxima Centauri b was discovered on August 24, 2016, at the European Southern Observatory (ESO) in Chile. Astronomers detected anomalies on Proxima Centauri that were not caused by stellar flares. This led to the conclusion that there must be a planet in the star’s habitable zone.

Ultimately, they discovered Proxima Centauri b using the indirect method called Radial Velocity or Doppler Spectroscopy. In this method, the planet was discovered because of its influence on its host star, causing it to wobble.

Proxima Centauri b is one of the most important discoveries of the ESO. 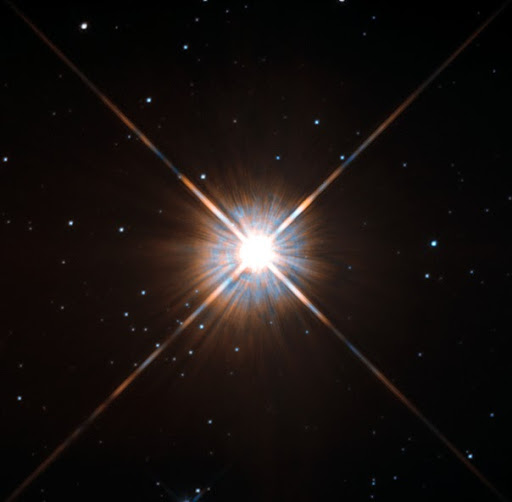 Rigil Kentaurus and Toliman form a binary that is also called Alpha Centauri AB. They appear as a single star in the constellation of Centaurus, the celestial centaur. With an apparent magnitude of -0.27, they make up the third-brightest star in our night sky. They are G and K-type stars respectively.

The third member of this star system, Alpha Centauri C or simply Proxima Centauri, is a red dwarf or an M-type star. It is separated 0.21 light-years from the other two. That is around 13,000 times the distance between the Earth and the Sun. Technically, it is the closest star to us.

Though it is our closest stellar neighbor, we cannot see it with the naked eye. It is a red dwarf that only has approximately 12.5% of the solar mass. It has an apparent magnitude of 11.13, far from 6.5 which is the maximum naked eye limit.

Red dwarf stars are the most efficient at generating energy. They do not produce large amounts of energy but the internal convection processes at their core light them up for trillions of years. In fact, Proxima Centauri will spend another 4 trillion years as a main-sequence star.

Habitability around a red dwarf star like Proxima Centauri is still debated. For one, it is a flare star which often has sudden and unpredictable fluctuations. Also, as a low-mass star, the habitability zone would be closer to it compared to that of the Sun. It is estimated to be around 0.023 AU to 0.054 AU.

Habitability and Chance for Life

A planet within the habitable zone of Proxima Centauri will most likely experience tidal locking. This means great temperature differences on the perpetual day and night side of a planet. Being close to the star means a planet is also subject to flare outbursts.

Another thing to consider is the atmosphere, which has a high chance of being stripped by the star. An atmosphere is important because it protects the planet from impact and radiation from the star.

Still, with all these in consideration, the chance of life in Proxima Centauri b is still not totally ruled out. Red dwarf stars account for roughly 85% of all the stars in our galaxy. Plus, their long stellar life could provide opportunities for life over time.

Other Exoplanets in the System

Proxima Centauri b orbits the star together with Proxima Centauri c. The latter is considered a Super-Earth which is estimated to have 7 Earth masses. It is about 1.5 AU from the star, which means it is likely too far to be in the habitable zone of the red dwarf star.

It has a much longer orbital period which takes around 5.5 Earth years. This second companion was confirmed in 2020 using precovery images from Hubble data. Another fun fact about Proxima c is that it is an unusually bright world. Astronomers believe that a ring system may be responsible for this brightness.

In 2019, astronomers found another change in the radial velocity of Proxima Centauri. If this is caused by a planetary companion, it would be designated Proxima Centauri d. This discovery is yet to be confirmed. However, if it is indeed a planet, it would be around the same size as Mercury or even Mars. 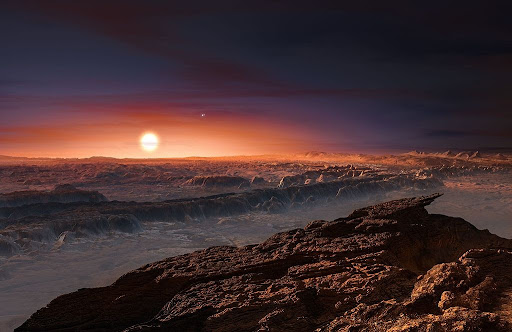 There is still little that is known about Proxima Centauri b. It was discovered using radial velocity, which means that we know it exists because of the wobble that it causes to its star. Aside from that, we have not yet peered directly into this exoworld.

Assuming that Proxima Centauri b is a terrestrial planet, its radius is likely around 0.94 to 1.40 times the mass of Earth. According to the Astrophysical Journal Letters published in 2016, it may have a differentiated internal structure.

This model states a metallic iron core which makes up 65% of this exoplanet. It also takes into account the presence of silicate and water in the mantle.

Why Is Proxima b Important? 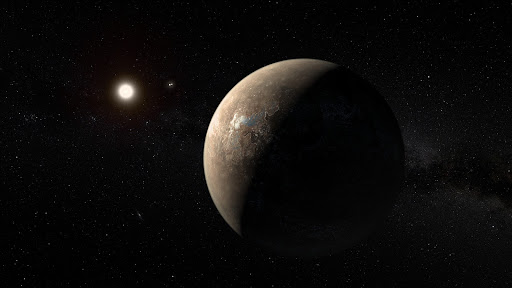 Proxima Centauri b is important because it is the closest possible exoplanet to us. The fact that it is about as big as our planet makes it a great subject. The composition and the location of Proxima b in the habitable zone makes it even more Earth-like.

The proximity of this planet makes it a great target for our search for life outside Earth. It is just around the solar neighborhood, which means it is an ideal candidate for interstellar missions. Though traveling to Proxima b is still not possible now, it is likely one of the first exoplanets that we will visit once the technology becomes available.

The distance can also make it possible to observe Proxima b from Earth using very large ground telescopes in the future. Also, it can also be observable using observatories in space like the James Webb Space Telescope.

The planet Proxima b is very similar to Earth in terms of size. The Echelle SPectrograph for Rocky Exoplanet and Stable Spectroscopic Observations (ESPRESSO) was able to identify its minimum mass which is 1.17 times the Earth’s mass.

The ESPRESSO is a new spectrograph that is used on the Very Large Telescope (VLT), and it shows the most detailed and precise measurements on Proxima b yet.

Just like Earth, it also lies in the habitable zone of its planetary system, though it is much closer to its star. This location can provide favorable conditions for life to exist. Proxima b is believed to be a solid planet just like Earth with a differentiated internal structure.

Could There Be Life on Proxima b?

The probability of life on Proxima Centauri b is still debated. However, it remains one of the most studied worlds for extraterrestrial life.

Even if it is about 20 times as close to its star as the Earth is to the Sun, it receives just about the same energy. This is because the star Proxima Centauri is a dwarf, smaller star. With the comparable energy that it receives, it could indicate the presence of liquid water on its surface. This is a very important factor in life as we know it.

Whether Proxima b has an atmosphere or not is also important as it protects the planet from deadly rays and impact.

How Long Would It Take To Travel to Proxima b? 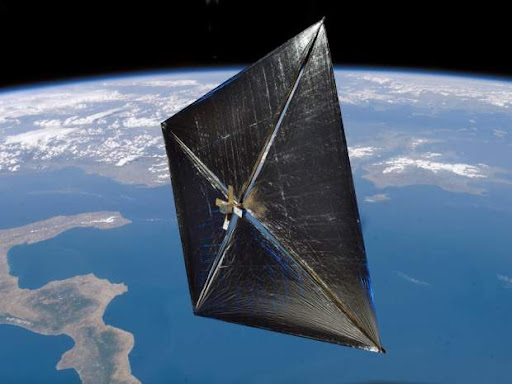 If we were to use a spacecraft like Voyager 2, it would take 75,000 years to arrive in the system of Proxima Centauri. No spacecraft has been made yet to reach interstellar destinations in terms of human years.

The Breakthrough Starshot project proposed using solar sails to send spacecraft faster to the Alpha Centauri system. This technology uses pressure from the Sun to keep a spacecraft on course.

Just like the wind that directs sailboats, the Sun will keep these ultra-thin solar sails running in space. This solves the problem of spacecraft running out of fuel supply to continue on their journey.

Also, the Breakthrough Starshot solar sails are projected to be 10-20% faster than the speed of light. This shortens the travel to the Alpha Centauri system to about 20 years.

How Do We Find Exoplanets? 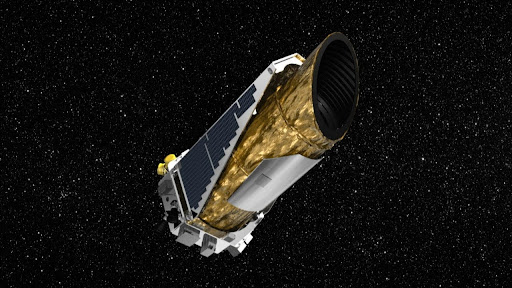 Just as we have not yet discovered all stars in the universe, we also do not know yet the exact number of exoplanets. For one, they are hard to observe because of distance. Secondly, they are usually hidden by the glare of their host stars.

Still, it is not impossible to take photographs of exoplanets. Direct imaging can be possible using the largest telescopes in the world. For this to be possible, an exoplanet must be very large to be seen by the telescope.

Also, it needs to be far away from the star that it is orbiting. This exoplanet needs to be very young so it is still hot from formation. This way, its bright glow will make it easily visible to powerful telescopes from Earth.

The most common way of detecting exoplanets is through changes in their host stars. A “wobbly” star indicates the presence of an exoplanet. This method is called Radial Velocity. The gravitational influence of an exoplanet makes the star a bit off-center. Bigger exoplanets make bigger wobbles so they are easily detected this way.

The ultimate mission of the now-retired Kepler Space Telescope was to look for exoplanets in the Milky Way. It used the “transit method” wherein an exoplanet passing in front of its star would block the star’s light and reduce its brightness. This method helps scientists estimate the size, distance, and temperature of the exoplanet, among other things.

What Is Proxima Centauri b?: https://exoplanets.nasa.gov/exoplanet-catalog/7167/proxima-centauri-b/

How Do We Find Exoplanets (Kepler Space Telescope): https://i.ytimg.com/vi/3yij1rJOefM/maxresdefault.jpg