The Homunculus Nebula has been blossoming out from Eta Carinae since the good Eruption of the 1840s.

Supernova are integral tools of creation in the universe. During the end of a star’s life, its core fuses rare elements in an attempt to counteract the gravitational pressure from its mass, producing a chain of heavier elements to temporarily prolong its existence. It’s a dance that eventually ends in collapse, causing a brilliant burst of luminous light visible from thousands of light-years away. Without the death of stars, the chemical elements that make human life possible wouldn’t exist. Stars don’t always die when one would expect them to though. 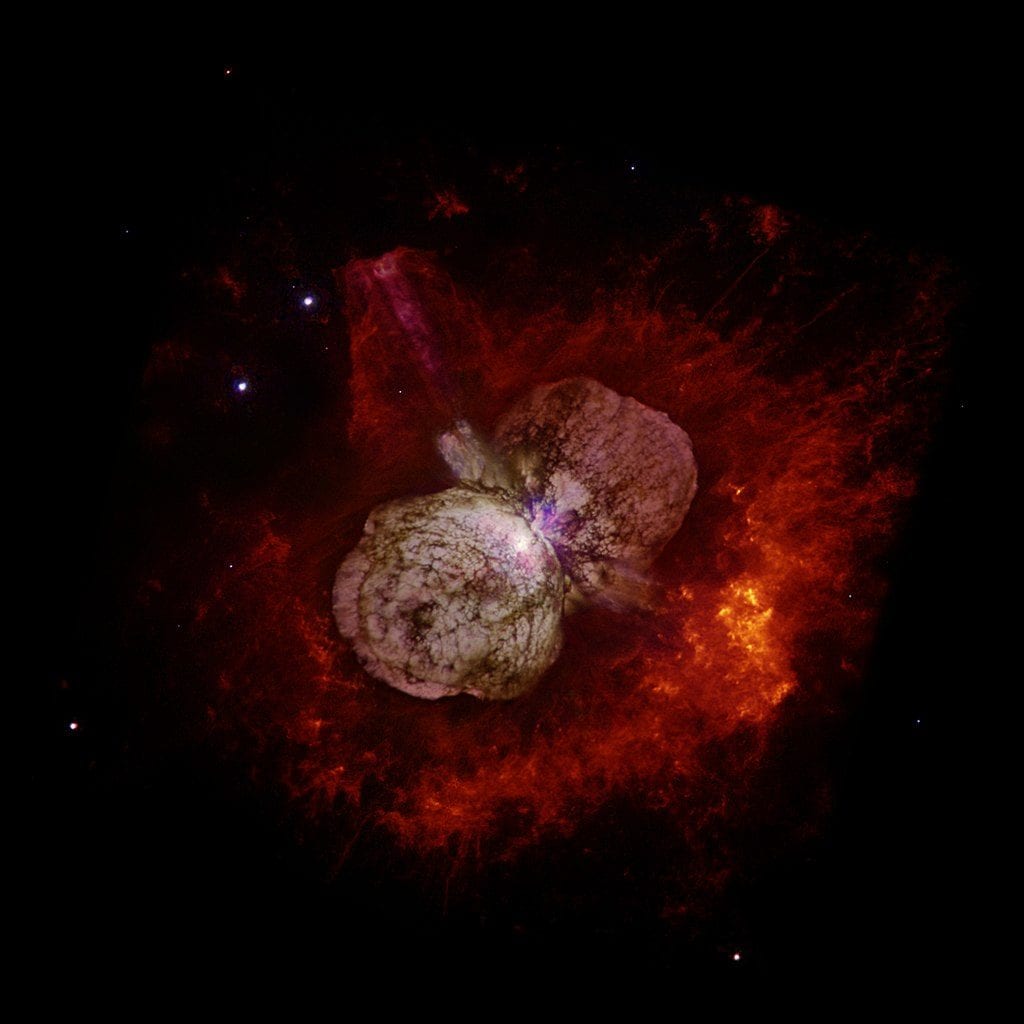 Sometimes these bright balls of hot gas release energy that appears to precipitate the star’s end, yet they remain. These instances of apparent near-death experiences are uncommon in the known universe but have garnered interest from astronomers across the globe. Called supernova impostors, these explosions can cause a star to briefly radiate an distinctly high amount of light before dimming to a fraction of its original luminosity.

Studying supernova, in general, is difficult since astronomers have to wait for evidence of a star’s death before they can observe its nature, which makes gathering data on supernova imposters harder still. But there are some notable examples in the universe that have provided us with a litany of information on how these strange events happen.

One of the most well-known supernova impostors originates in our Milky Way Galaxy, along the Carina constellation. The star system Eta Carinae has a mass between 100 and 150 times the weight of Earth’s sun. During the early 1800s, it was merely a faint dot in the sky; towards the middle of the century in 1837, it underwent a false supernova that briefly made it the second brightest interstellar object in the night sky that astronomers now call the Great Eruption.

The event caused a massive outburst of cosmic dust and debris that formed a shroud over the previously radiant ball of incandescent gas, leading to the star system’s diminished luminosity. That reddish blue cloak goes by the name of the Homunculus Nebula, named after the Latin word for little man.

Bombastic outbursts like these appear to be a natural aspect of some stars’ lives. The balance stars must adhere to require outputting enough force to avoid imploding underneath the weight of its mass. This balance, called the Eddington limit, requires stars to offset excess debris if they ever overstep it.

The Homunculus Nebula consists of two spheres of gas. Each spanning 7 light-years wide and 5 light-years long, perched beside each other. With each bubble of cosmic dust having a dent imprinted at their respective poles. It’s at an extremely infant stage in astronomical terms, having originated only a few centuries prior during an event known as the great eruption. The shroud’s particulate matter consists of a mix of primarily iron, pyroxene, corundum, and magnesium-iron sulfide.

By itself, the star system’s cloak contains enough matter to make ten stars the size of our sun. At around 7,500 light-years away from the Earth, it’s one of the closest neighbors Earth has in the cosmos, relatively speaking.

Scientists initially believed there was only a single star hidden beneath the veil of the Homunculus Nebula. Research from the late 90s has shown that the nebula hosts two stars rather than one. They follow an orbit around each other that completes its rotation once every five and a half years.

Although the nebula is known for being the result of a dazzling outburst of energy from the star system it hides, one of the star’s actual deaths is still on the horizon. Perhaps it already passed away somewhere out in deep space. Perhaps we’re simply waiting for the light from their final moments to reach our eyes.