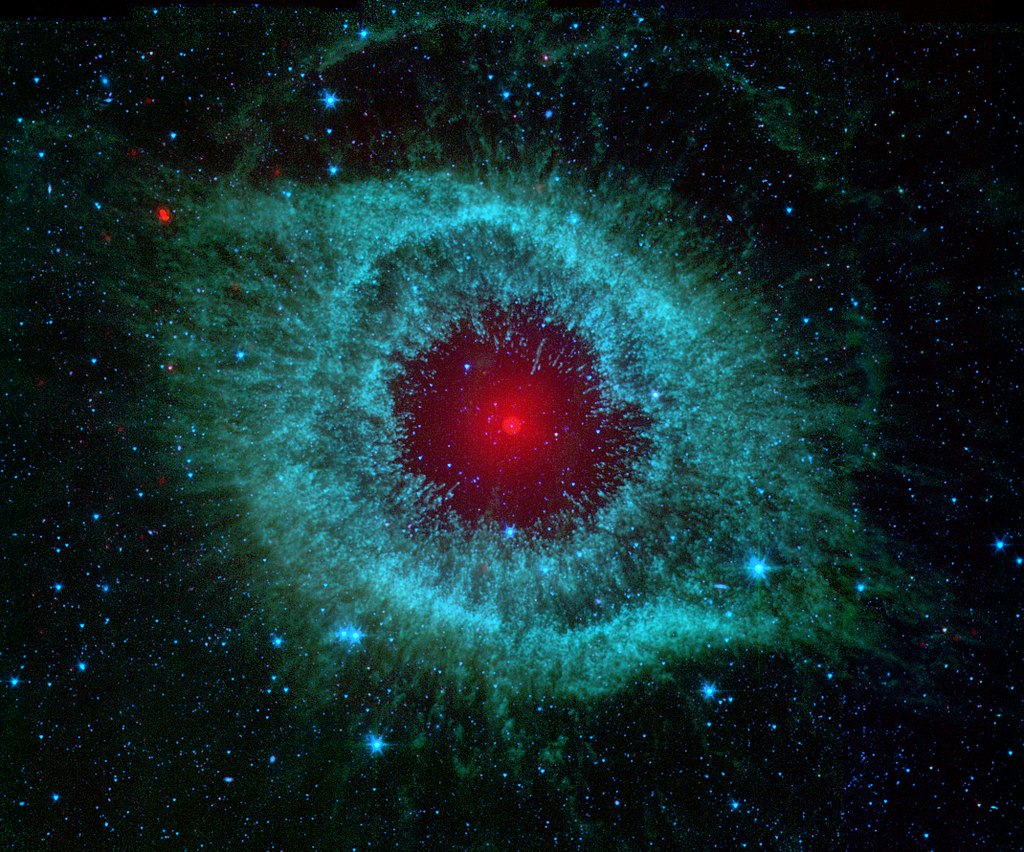 Clearly, the Helix nebula brings up strong reactions in everyone who sees it! And at a brightness magnitude of 7.6, it is a popular choice for amateur astronomers because it is relatively easy to spot without advanced knowledge or training.

The classification of the Helix nebula as a “planetary nebula” is one that was coined in the 18th century by an astronomer named William Herschel. Long ago before telescopes were of sufficient strength to help astronomers distinguish between planets and nebula. So originally, astronomers thought the Helix nebula and others like it were planets!

At its center is a dying star called a white dwarf star. Today, the white dwarf star that sits in the very center of the Helix nebula is about the size of the Earth but the entire structure has a mass much greater than Earth.

Surrounding the remains of the star itself are bands of gaseous matter. This is why photographs of the Helix nebula often make it look so colorful and so different from frame to frame. Different lens filters, from infrared to ultraviolet and others, can be applied to study different gaseous bands and properties.

This data gives a basic overview of the composition of the nebula.