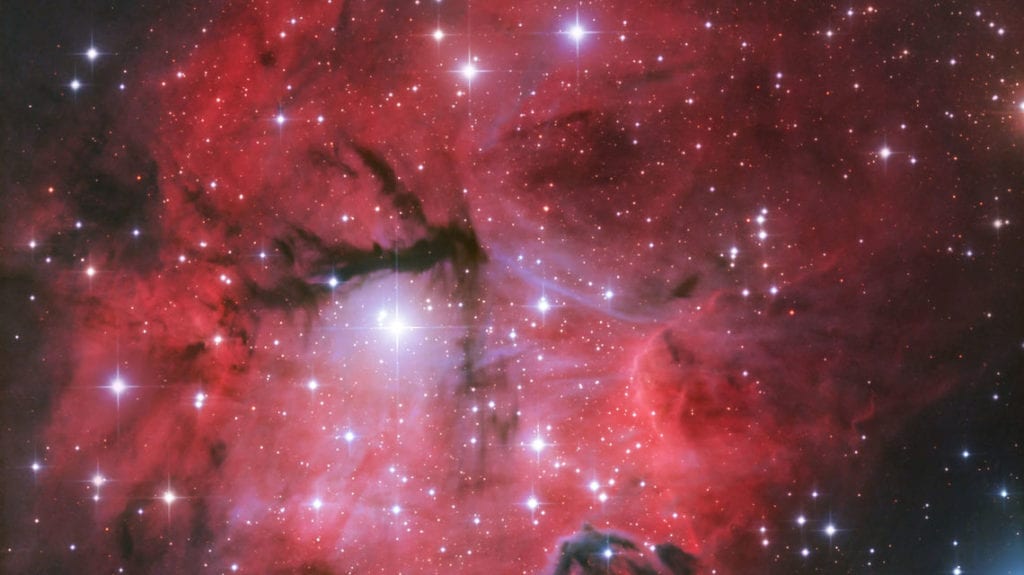 The Gum Nebula, also designated as Gum 12, is an emission nebula in the constellations Vela and Puppis, extending about 35° in the two southern constellations. It lies at a distance of around 1470 light years away from Earth, and stretches about 1000 light years across.

This Nebula is difficult to distinguish, but it is widely believed to be the greatly expanded remains of a supernova explosion that took place about a million years ago. This extensive area of ionized hydrogen is still expanding, and some research has indicated that it may be an evolved H II region.

To the naked eye this nebula is invisible, but it can be brought to life quite clearly through long exposure astrophotography, and/ or photo stacking.

The nebula has an absolute magnitude of 3.73 and is 1,000 light years in diameter. It contains the 11,000-year-old Vela Supernova Remnant, along with the Vela Pulsar.

The Gum Nebula also contains around 32 cometary globules, which are dense cloud cores that subject to such strong radiation from O-type stars Gamma Velorum and Zeta Puppis and formerly the progenitor of the Vela Supernova Remnant that the cloud cores evaporate away from the hot stars into comet-like shapes. Like ordinary Bok globules, cometary globules are believed to be associated with star formation.