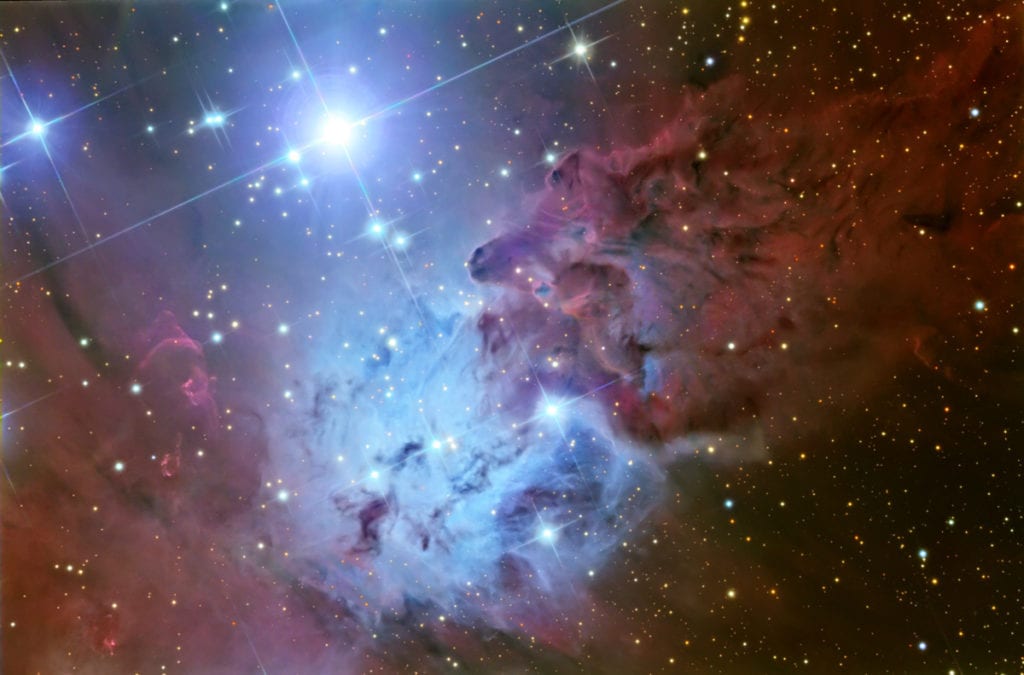 The Fox Fur Nebula is an H II region located in constellation of Monoceros, around 2,700 light years from Earth. It is part of the NGC 2264 region, which also includes the Christmas Tree Cluster and the Cone Nebula. It was named the Fox Fur because of the texture and color of the nebula resemble the head of a red fox stole. In the Sharpless catalog, it is number 273.

This emission nebula lies just to the north of the Cone Nebula, near the bright variable star S Monocerotis. The two nebulae are less than a degree away and part of the same molecular cloud.

The red color of parts of the nebula are caused by hydrogen gas that has been stimulated to emit its own light by the copious ultraviolet radiation coming from the hot, blue stars of the cluster. The blue areas shine differently — they are mainly dust clouds that reflect the bluish light of the same stars.