The Flame Nebula is an emission nebula located in the Orion constellation, one of the biggest and brightest constellations in the northern hemisphere.

The nebula was discovered sometime in the late 1900’s by William Herschel. It is a cloud of gas and dust that was leftover when a star died. It glows because the energy of a nearby star is activating the gas and causing it to emit light.

This nebula, along with other areas of the Orion constellation, are star forming regions where new stars are born. Observing the nebula requires at least a 12 inch diameter telescope, but 16 inches will provide a much better view. 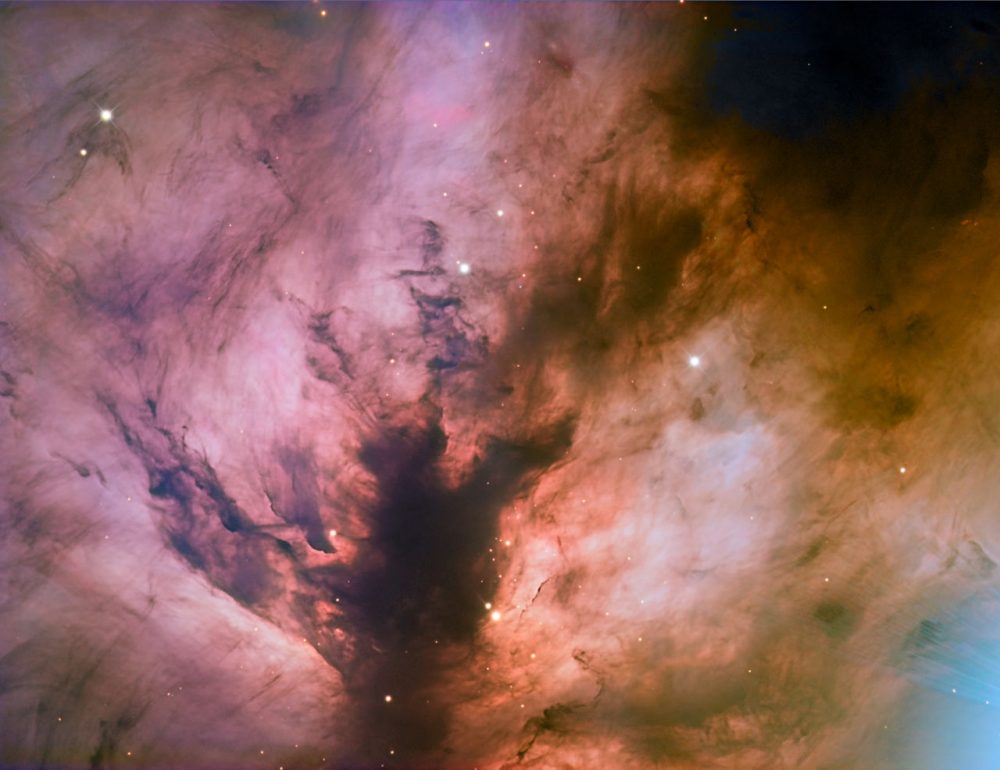 Facts about the Flame Nebula