The Carina Nebula itself was first observed from South Africa’s Cape of Good Hope. Among the nebula’s many nicknames includes the Eta Argus Nebula, which references structures that English astronomer James Dunlop and English astronomer John Herschel likened to the ship of the ancient Greek mythological hero Jason and his team of argonauts.

In the hundreds of thousands of years yet ahead, astronomers project that the many new stars just developing in various areas within the Carina Nebula will burn up the majority of dust and gases surrounding them, leaving an open, clear view of each star inside the nebula’s boundaries. 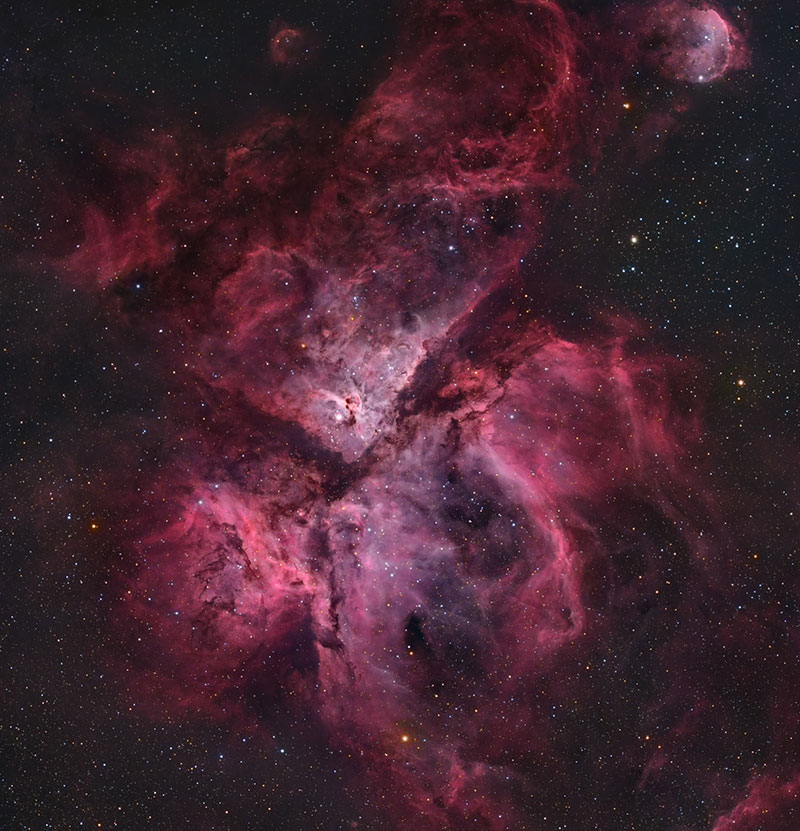 Here is a profile of the Carina Nebula at a glance.

Facts About the Carina Nebula