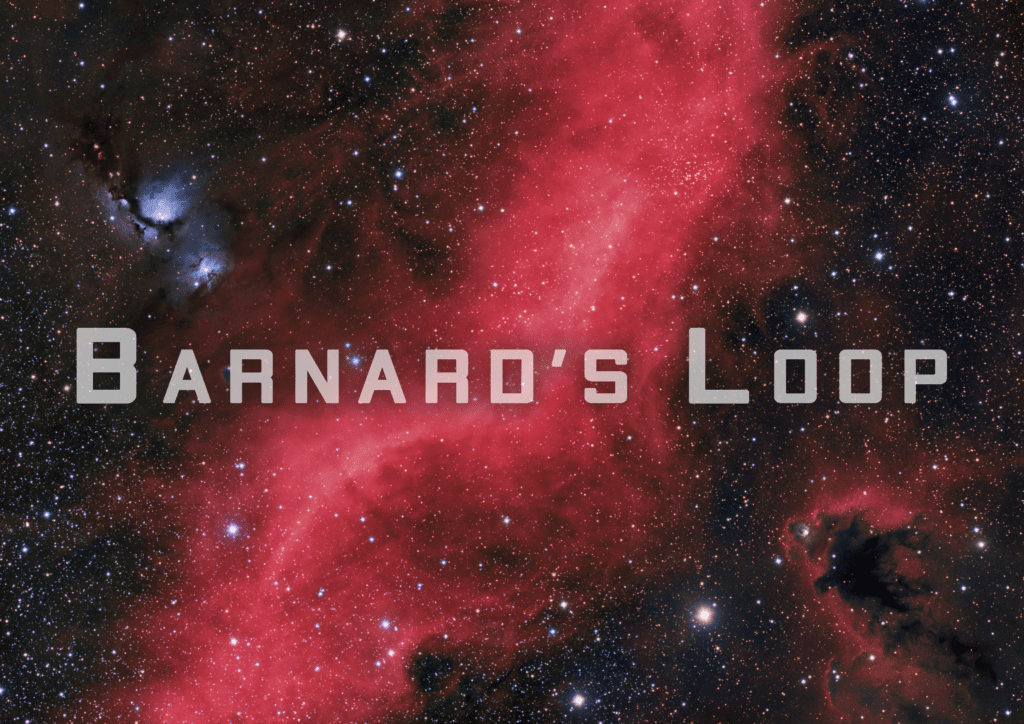 Barnard’s Loop is a large emission nebula in the constellation of Orion, at a recently estimated distance of between 518 and 1484 light years from our Solar System. It is part of the Orion Molecular Cloud Complex, which also contains the impressive and easy to view Orion Nebulae, and the Dark Horsehead. As the name would suggest, the loop takes the form of a large arc, and reaches across much of the Orion constellation, centered predominantly around Orion’s Belt and the Orion Nebula. The brightest stars in the Orion Nebula for the Trapezium Cluster and it is the bright stars that are believed to be responsible for ionizing the loop.

Under the very dark night sky, it can be seen with the naked eye, but to get the most impressive visuals, it is best seen captured through a good astrophotography camera, particularly in long-exposure photographs. Photo editing software can also be used to improve the detail that you see from nebula and gas clouds, by adjusting different levels of light to enhance what our eyes naturally struggle to see.

The nebula was given the Sharpless designation Sh 2-276.