The moons or natural satellites orbit a planet. These astronomical bodies come in all shapes and sizes. They are made up of different materials too. Some are largely composed of rock and ice, and some even have atmospheres! Some planets, like Saturn and Jupiter have lots of moons and in cases like this they are usually split up into groups. In the case of this post, the Mundilfari moon in a member of the Norse group of Saturn’s moons. 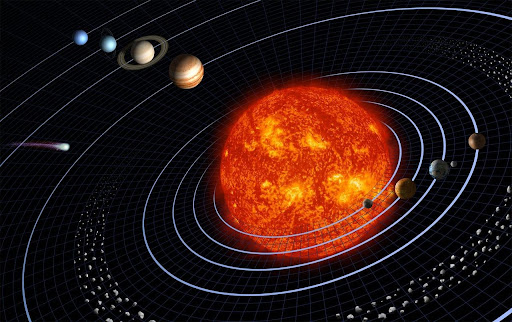 In the Solar System, moons have been discovered around all planets except Mercury and Venus. Because of their close distance, the Sun’s gravity would most likely pull any moon around these two planets.

Planets and Number of Moons

Moons not only surround planets but minor planets as well. More than 300 moons were discovered to surround asteroids. A lot of trans-Neptunian objects, or objects beyond the orbit of Neptune, also have their own natural satellites.

Pluto, which was considered a planet before, has five moons. The biggest of them is Charon, which is also the sixth-largest trans-Neptunian object. 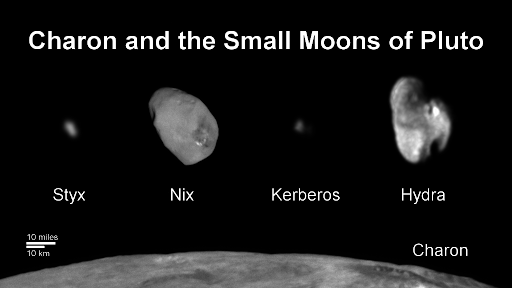 Pluto has the most moons among the large trans-Neptunian objects. Two natural satellites were discovered around Haumea while Eris, Makemake, and Gonggong each have one. In the asteroid belt, no moons have been discovered to surround Ceres.

Saturn is the sixth planet from the Sun. This system is rich with so many moons. With 82 of them discovered, the ringed planed has the most number of moons in the Solar system. Out of the 82 moons, 53 are already confirmed while 29 are still provisional.

The Saturnian moons can either be regular or irregular. This classification is based on the moons’ orbit no matter what their shapes and sizes are.

Moons with oval and highly-inclined orbits, with long orbital periods. Mostly, they are also retrograde or they move in the other direction as the parent planet.

The largest family of irregular moons of Saturn is the Norse group. There are 46 moon members in this group. Their orbits have a common elongated shape with eccentricities around 0.13 and 0.77. Their inclinations are also between 136° and 175°.

The Norse moons are very distant from the ringed planet, Saturn. The semi-major axes of these natural satellites are around 12 to 24 million km. 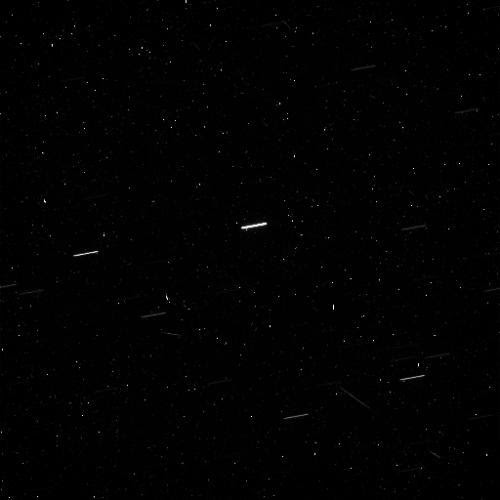 Mundilfari is one of Saturn’s Norse moons. It is also called Saturn XXV. This moon was discovered in 2000. Since it was the 9th new moon of Saturn discovered that year, the temporary designation S/2000 S 9 was given to it.

As an irregular moon, Mundilfari’s orbit is not circular. This orbit is inclined 150° to Saturn’s equator, and by 170° to the ecliptic. Since it follows a retrograde orbit, Mundilfari moves in the opposite direction as its host planet.

The origin of Mundilfari is still a mystery, just like the other irregular moons. Unlike regular moons that formed in the Saturnian system, these moons likely formed somewhere else. Saturn’s gravity captured these objects and they remained so today.

As for Mundilfari, it is believed that it was formed from impacts on the moon Phoebe. This theory is highly likely since it has many characteristics similar to the large irregular moon. Many other moons in the Norse group are thought to be debris from the heavily cratered moon Phoebe.

As a member of the Norse group, this moon was also named base on a character from Norse mythology. And as the story goes, Mundilfari is the father of Sól and Máni, the personification of the Sun and the Moon. This name was approved by the International Astronomical Union in August 2003. 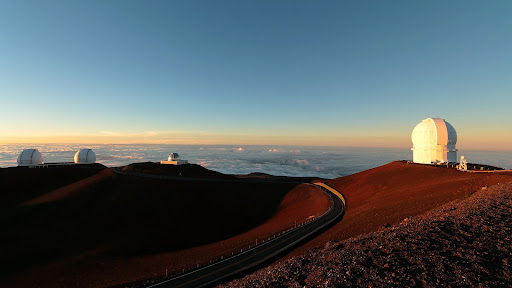 Mundilfari was discovered using the Canada-France-Hawaii Telescope. This 3.6-meter telescope is located at the summit of the dormant volcano Mauna Kea. Below is a series of the three images that led to the discovery of this moon.

Mundilfari orbits at a distance of about 18.7 million kilometers from Saturn. It follows an oval orbit around the ringed planet. This orbit has an eccentricity of 0.2051. It is inclined by 150° to the equatorial plane of Saturn.

While the Earth’s Moon orbits it at around 27 days, Mundilfari takes a very long time to do so. This moon takes 953 days to complete a journey around Saturn!

Mundilfari is very tiny when compared to how big the other moons of Saturn are. It is only about 7 km across with an equatorial circumference of 22.0 km. Side by side, it is 736 times smaller than the largest moon in the system, Titan.

Since Mundilfari is not in synchronous rotation with Saturn, its orbital and rotation period are not the same. Data from Cassini reveals that it only takes this tiny moon nearly 7 hours to complete a rotation.

Albedo is a body’s ability to reflect light. The higher a moon’s albedo, the better it also reflects sunlight. Mundilfari’s albedo is still an assumed number. However, astronomers believe that it is roughly the same as the moon Phoebe which is 0.06.

As Mundilfari reflects only 6% of the light that reaches it, we can assume that this moon is a very dark body.

A lot of other irregular moons of Saturn are assumed to have similar albedos with Mundiilfari. Interestingly, the Saturnian system also has the most reflective body in the Solar system—Enceladus.

Mundilfari is very faint and is not visible to the naked eye. This moon’s apparent magnitude is only 23.8, too far from the 6th-magnitude limit that our unaided eye can see.

Mundilfari Moon – Behind the Name 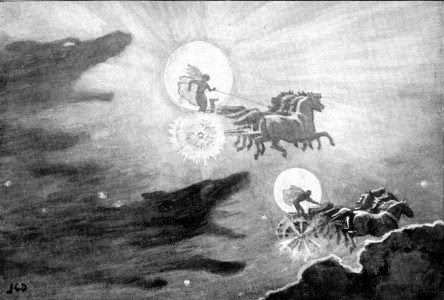 The name Mundilfari means “the one moving according to particular times” in Old Norse. According to philologist John Lindow, “mundil” relates to “time.” Rudolf Simek also added that this name is probably a kenning for none other than the Moon.

Mundilfari and his wife Glaur had two beautiful children. They were so beautiful that they named them Sól, meaning “sun,” and Máni which means “moon.”

It was said that the gods became angry for such a daring move. Because of this, the children were taken from them and were placed in the sky. They became the guardians that drove the chariots that brought the sun and the moon across the sun. Wolves chase them as they ride their chariots, and they will be devoured by these beasts during Ragnarok.

Moons of the Solar System: https://upload.wikimedia.org/wikipedia/commons/thumb/c/c3/Solar_sys8.jpg/1280px-Solar_sys8.jpg