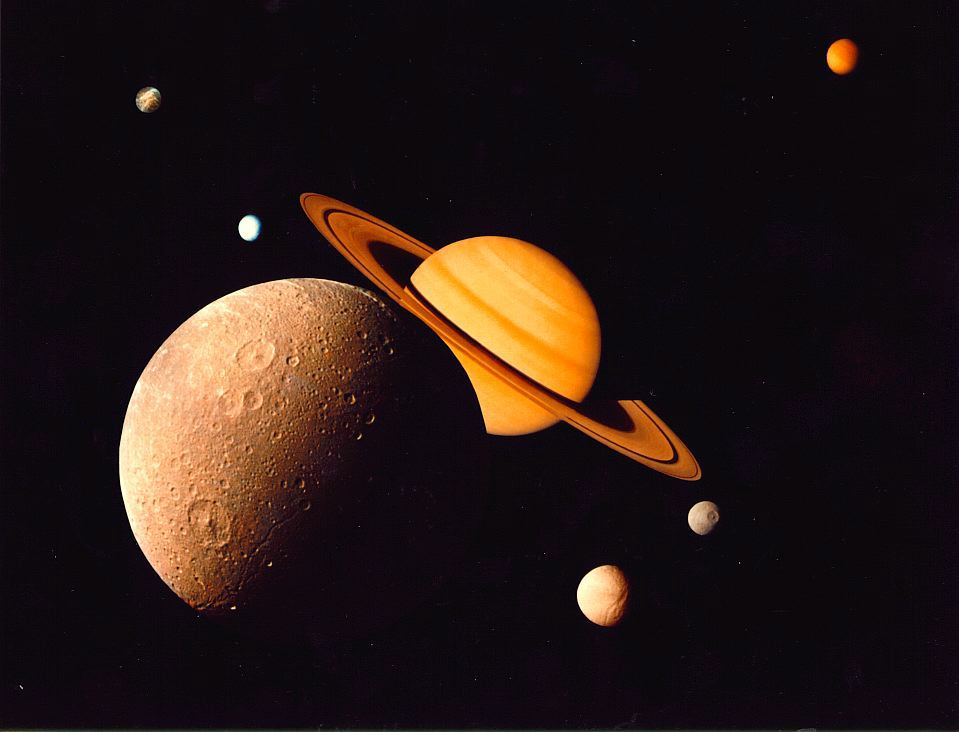 There are 82 known moons of Saturn known so far. They can be either regular or irregular. Regular moons have prograde orbits that are nearly circular in shape. They are also not greatly inclined. We are usually familiar with the regular moons since they are very big and well-known. They are also much closer to the planet than the irregular outer moons, such as the Greip moon.

The irregular moons, on the other hand, have opposite characteristics. They usually have retrograde orbits that are elongated and very inclined. There are three groups of irregular moons.

The Norse moons are the most populous group of irregular satellites of Saturn. And unlike the Inuit and Gallic groups, these moons move in a retrograde orbit or toward the opposite direction as Saturn.

The Norse moons have inclinations between 136° and 175°. Their orbits are very elongated as they have eccentricities that are around 0.13 and 0.77. They are very distant from the planet, as each moon’s semi-major axis is around 12 to 24 million km away from Saturn.

That is nothing compared to Jupiter though. Out of the 79 moons known in the Jovian system, 71 of them are irregular! 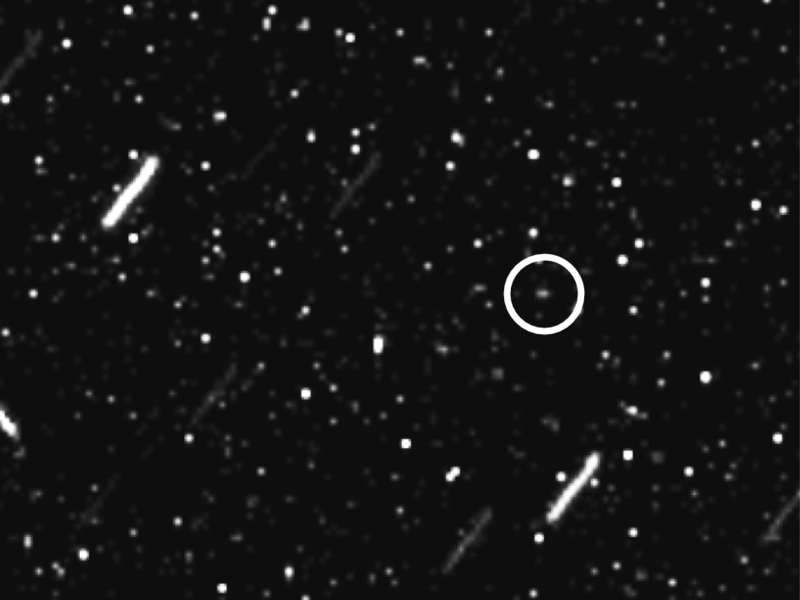 Greip is a small moon that is a member of the Norse group. It is in retrograde orbit around Saturn, moving in the opposite direction as the host planet. This moon is also known as Saturn LI.

Since it is too small and distant, a lot of the properties of Greip are still assumed. Its albedo or reflectivity is one of them. Astronomers assume that it has an albedo of 0.04 or 0.06, which means that it is a very dark body. It might be as dark as the large irregular moon Phoebe, or even darker.

As a Norse moon, the permanent name of this satellite was taken from the rich body of Norse mythology. Several tales surround the giantess Greip, including her family’s encounter with the gods Thor and Loki.

How Did the Moon Greip Form?

Since Greip is an irregular moon, it most likely did not form in the system of Saturn. Instead, it formed somewhere else and was just later captured by the gravity of the ringed planet.

The other irregular moons are thought to have started this way. However, the exact origin of where they formed is still a big mystery. 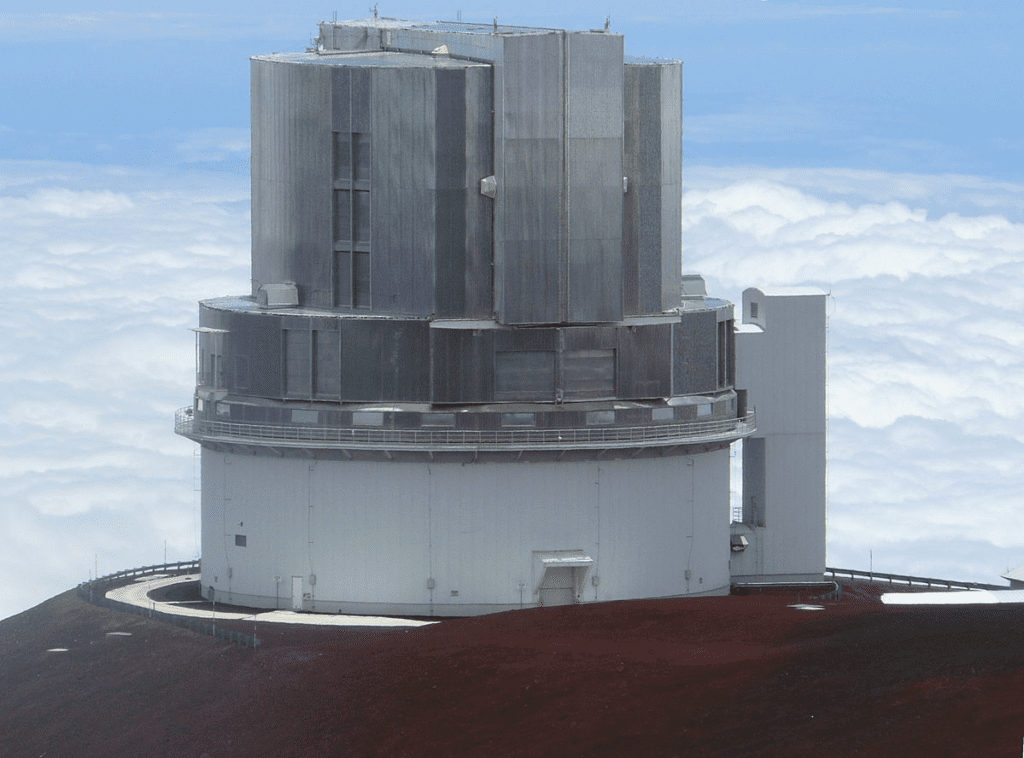 The team used the National Astronomical Observatory of Japan (NAOJ)’s Subaru Telescope in Mauna Kea Observatories (MKO). It is an 8.2-meter reflector telescope that the same group used to discover many other irregular moons. Observations from January 5 to May 1, 2006 led to the discovery of Greip. It was publicly announced on June 30, 2006.

Aside from the ground-based observations, the Cassini spacecraft was also able to observe this moon in September 2015.

The name of the Subaru telescope has an interesting origin. It relates to our night sky because Subaru is the Japanese equivalent of the Pleiades star cluster!

Greip orbits Saturn at an average distance of about 18 million km. It has a long orbital period which is 936 Earth days or more than 2.5 years. This moon’s orbit has an oval shape, with an eccentricity of 0.32.

While the biggest moon of Saturn, Titan, is even bigger than the planet Mercury, most of its moons are very small. Greip is an example of those small astronomical objects. This natural satellite is only about 6.0 km in diameter.

Greip is nearly 580 times smaller than our Earth’s Moon. Still, it is 10 times larger than Aegaeon which is the smallest moon in the Saturnian system.

The moon Greip has a rotation period of 12.75 hours. It is about half the rotation of our planet since it takes the Earth 24 hours to rotate.

The apparent magnitude of Greip from Earth is 24.4. If you can remember, the typical limit of objects we see with the naked eye are around the sixth magnitude. So, Greip is just too faint to be seen without the help of large telescopes.

The name Greip is also known as Greipa in Norse mythology. She has a sister named Gjálp (or Gialp). The two are giantesses who often appear together in mythological stories. Their father is the giant Geirrod. They were all killed by the god Thor. 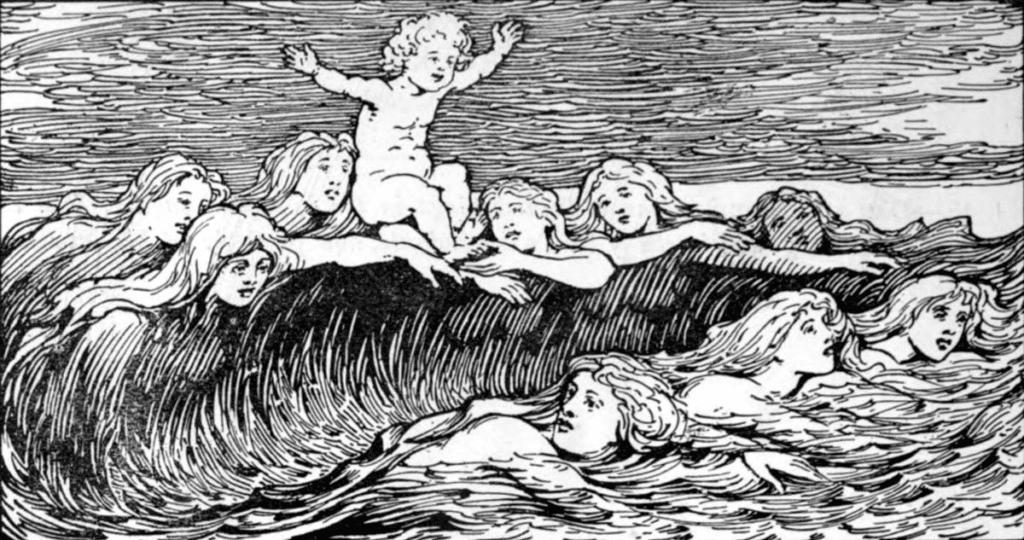 Greip was said to be one of the nine mothers of the god Heimdallr. The god plays an important role as he guards the Bifröst, the burning rainbow bridge, that connects the Earth to the kingdom of the gods in Asgard.

One day, the god Loki disguised himself as a bird outside the halls of Geirrod the giant. The giant caught him and realized that he was no ordinary bird. The giant asked him who he was but Loki remained silent.

Geirrodlocked the bird in a cage for three months without any food. Thinking that the bird has learned its lesson, the giant asked him again. Tired, Loki finally revealed who he was to the giant. Geirrod then released Loki on one condition, that he would return to his hall again with the god Thor unarmed.

Loki was able to persuade Thor and they made their journey to Geirrodsgard. On their way, they stopped and rested in the hall of Grid. It was there that Grid told Thor about the giant. She lent him her strength belt and other weapons. 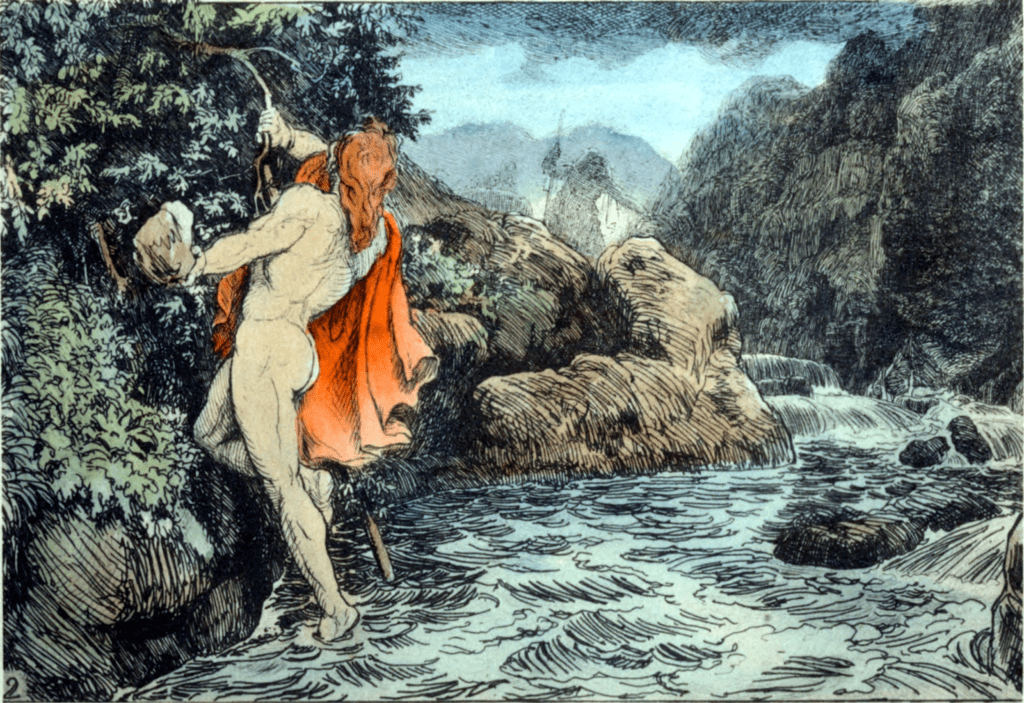 In the morning, Loki and Thor continued on their journey and came across a river. The river was so strong and the tide kept rising. They later realized that the cause of the turbulent river was Gjalp, Geirrod’s daughter. The giantess was peeing into the river causing it to rise. Thor then threw a rock at Gjalp and she finally went home. 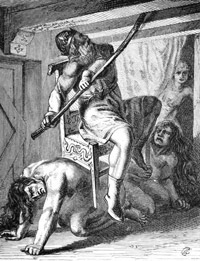 Thor and Loki crossed the river and finally arrived at Geirrod’s hall. Much to their disappointment, they were let into a goat house. Thor was tired from their journey so he sat down on a chair. Suddenly, the chair sprung up! It turned out that the giantess Greip and Gjalp were under the chair aiming to crush him into the ceiling.

Thor used Grid’s staff and pushed against the ceiling crushing the two giantesses beneath him. Greip and Gjalp broke their back and ended up dead. Their giant father also died when he challenged the god Thor in his halls.