Before we get into the facts and features of the Bebhionn Moon, let’s first set the scene of the Solar System, then into the Saturnian system that lies within.

The Sun is the center of the solar system. The planets, including the Earth, revolve around it. Life and everything that we know about will not exist without it. It is a yellow dwarf star with the classification GV. That said, V indicates that is still on the main sequence.

The Sun will remain as a main-sequence star for 10 billion years. Still, that is not something we should worry about since it is still halfway through its life. At 4.6 billion years old, the Sun still has 5 million years or more on the main sequence. After that, it will become a red giant star.

The inner terrestrial planets are Mercury, Venus, Earth, and Mars. After them is the asteroid belt then the outer planets. These planets are the outer giants Jupiter, Saturn, Uranus, and Neptune.

The planets, except for Mercury and Venus, have their own natural satellites. Just like how they orbit the Sun, the moons also orbit around the planets. While we only have one moon, the other planets have more than 50 of them. The ringed planet Saturn has the most number of moons known as there are 82 of them discovered! 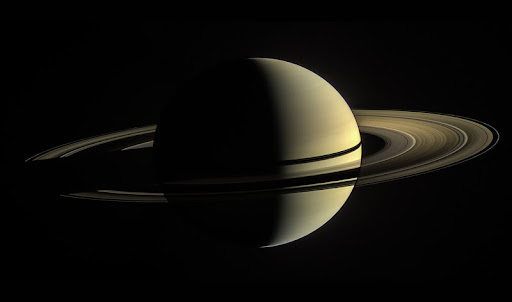 Into the Saturnian System

The moons of Saturn can be divided into two based on their orbital characteristics. They can either be regular or irregular.

Regular moons have circular orbits with low inclinations. They move in prograde motion and have short orbital periods.

Irregular moons, on the other hand, have egg-shaped orbits that are highly inclined. They can either be prograde or retrograde, and their orbital periods are much longer. There are different groups of moons under each classification. These groupings are based on common characteristics that these moons have.

The Gallic group is composed of four prograde moons. That means they move in the same direction as Saturn. As with orbits, the eccentricities range between 0.47 and 0.53. They are inclined by around 35 to 40 degrees. The Gallic moons have an average distance of 16 to 19 million km from the ringed planet. 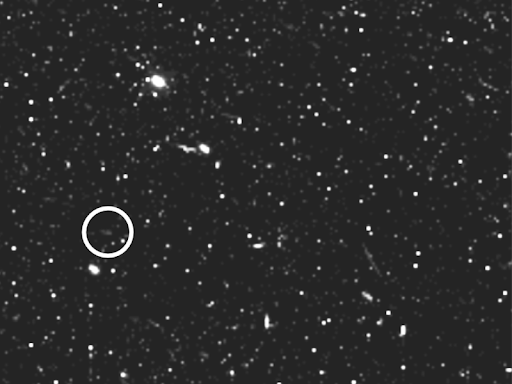 The Bebhionn Moon: Facts and Figures

Bebhionn is an irregular moon of Saturn. It is also called Saturn XXXVII. As a member of the Gallic group, it moves in prograde motion or in the same direction as the ringed planet.

Bebhionn is a small moon with a radius of only 3 km or 1.9 miles. Like the other irregular moons, it most likely originated somewhere outside the Saturnian system. The regular moons, on the other hand, formed from dusty disks around the planet.

Bebhionn and the other Gallic moons are thought to have the same origin. They are likely fragments from a single body that broke up because of collision with another object. Eventually, they were captured by the gravity of Saturn. 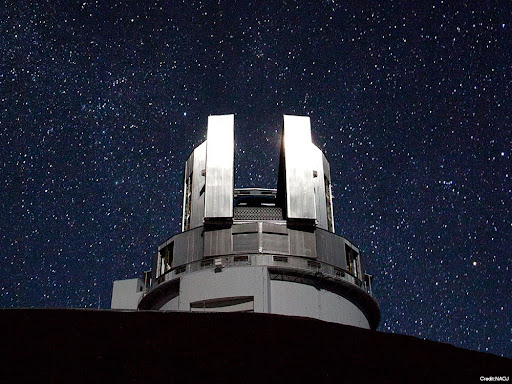 Bebhionn is considered an irregular moon because of its orbit. This orbit is not circular but very elongated, with an eccentricity of 0.484. It is also inclined by 35.01°.

Bebhionn’s semi-major axis is around 17 million km from Saturn. With a mean orbit velocity of 5,037.7 km/h, this moon takes 835 Earth days to complete a trip around the planet.

Bebhionn is a small body that is only about 6 km across. Its equatorial circumference measures 18.8 km. It is 5.3 times smaller than Albiorix, which is the largest of the Gallic moons.

Compared to our Moon, Bebhionn is also smaller by 579 times. It is way smaller than Titan by 858 times, making it look like a dot when put side by side.

As we have not seen Bebhionn up close yet, we don’t have a concrete idea of how it looks like. However, astronomers assume that this is a very dark body with an albedo of 0.04.

By that, it is assumed that his moon absorbs 96% of the light that reaches its surface. With that number, it might even be darker than Phoebe whose albedo is 0.06. Phoebe is the only irregular moon in the Saturnian system that was studied extensively. Part of that is because it is also the largest of them.

As with Bebhionn, its magnitude is only 24.1. That means we need a big telescope to observe it in the night sky. Remember that the magnitude limit of the objects we see with the naked eye is within the 6th magnitude.

The International Astronomical Union approved the name Bebhionn for the moon with the temporary designation S/2004 S 11. Béḃinn (read as BAY-veen or BAY-vin) is a name that appeared in Celtic mythology. Other versions of this name include Bébinn, Bébhinn, and Béibhinn.

Béḃinn is a goddess or a giant that was known because of her beauty. She is the sister of the river goddess Boann. In some accounts, she is said to be the goddess of birth.

It was said that Béḃinn was either the wife of the god of the underworld Áed Alainn. Other versions state that her husband was a mortal man named Idath. Their son, Fráech, became a Connacht hero in the Ulster Cycle. 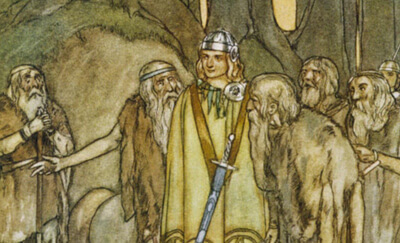 Bebhionn in the Fenian Cycle

The center of the Fenian Cycle is the hero Fionn mac Cumhaill. In one story, Fionn and his men were out hunting when they met a beautiful giantess. Her name was Bebhionn. She was from Maiden’s Land, a place where the inhabitants are all women. The only men in this land are its king and his three sons.

Bebhionn’s husband was from the Isle of Man where he was the King’s son. The giantess came to Fionn to seek help as she was running away from her husband. Her giant husband, however, was able to track her down and slew her.