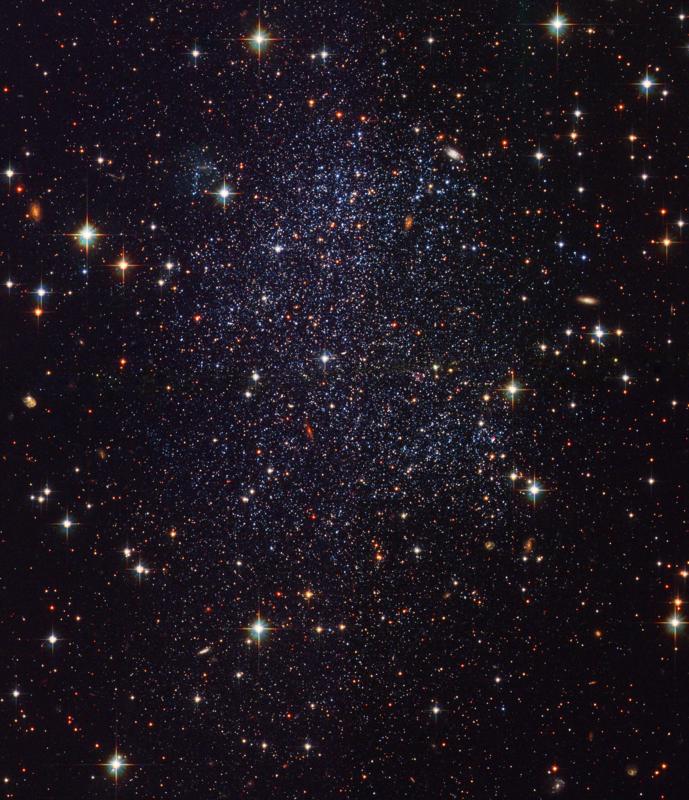 The Sagittarius Dwarf Irregular Galaxy, also known as SagDIG, is a dwarf galaxy in the constellation of Sagittarius. It is located around 3.4 million light years away from Earth and has an apparent size of 2′.9 × 2′.1. Its right ascension is 19h 29m 59.0s and its declination is −17° 40′ 41″.

The SagDIG should not be confused with the Sagittarius Dwarf Elliptical Galaxy, SagDEG. This is a seperate satellite galaxy of the Milky Way discovered decades later in the same constellation.

SagDIG has been through a prolonged period of star formation. This has resulted in it containing a rich intermediate-age population of stars. They are mostly young, with the average age between 4 and 8 billion years for the dominant population. There are twenty-seven candidate carbon stars that have been identified inside the galaxy. However, the majority of the population of the stars are metal-poor (at least [Fe/H] ≤ −1.3).

The Sagittarius Dwarf Irregular Galaxy was only found in the last few decades. It was discovered by Cesarsky et al. on a photographic plate taken for the ESO (B) Atlas on 13 June 1977 using the ESO 1 meter Schmidt telescope.