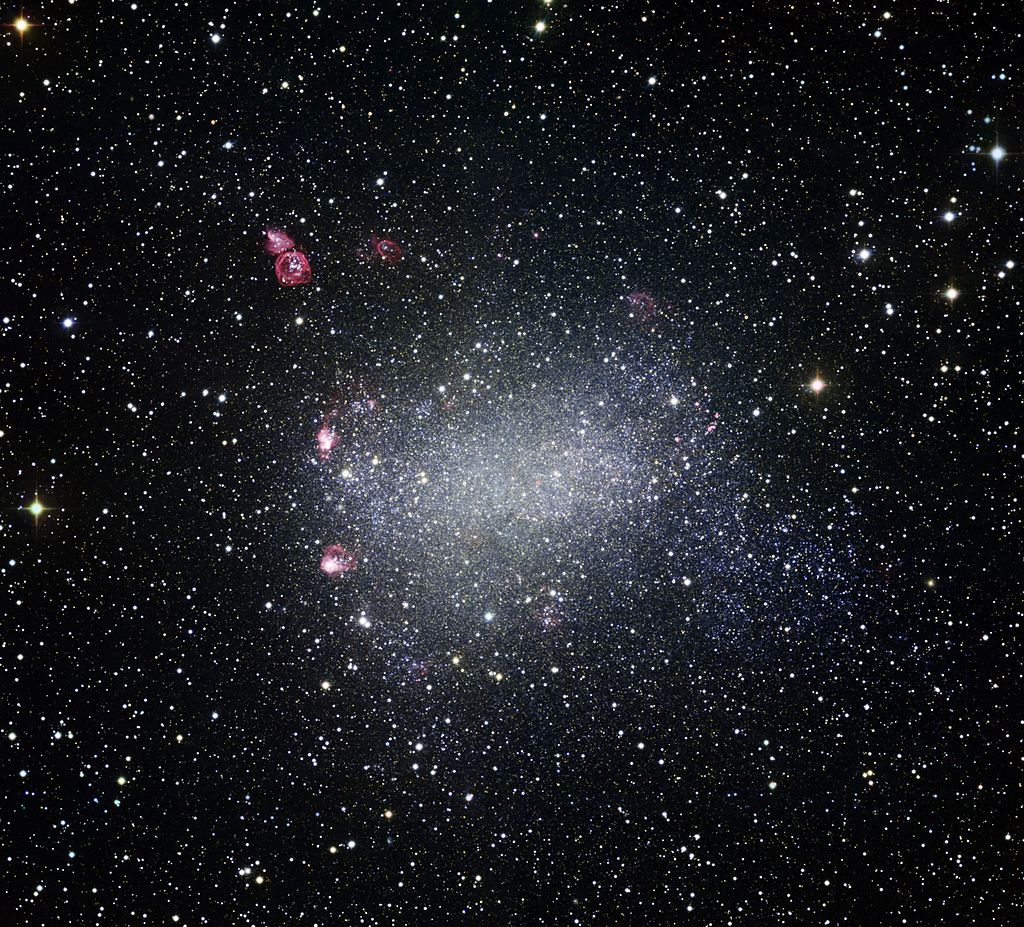 Barnard’s Galaxy, also known as IC 4895 and Caldwell 57 and designated as NGC 6822 in the New General Catalogue, is a barred irregular galaxy located in the constellation Sagittarius. It lies around 1.6 million light years away from the Solar System and is roughly 7,000 light years in diameter.

Barnard’s Galaxy is part of the Local Group of galaxies and one of the closer galaxies to the Milky Way. It is similar in structure and composition to the Small Magellanic Cloud.

Edwin Hubble was the first to discover variable stars within this galaxy. Identifying 15 variable stars (11 of which were Cepheid variables) in the paper N.G.C. 6822, A Remote Stellar System. He surveyed the galaxy’s stars distribution down to magnitude 19.4 and was able to determine spectral characteristics, luminosities and dimensions for the five brightest “diffuse nebulae” (giant H II regions). These included the Bubble Nebula and the Ring Nebula. He was also able to determine the absolute magnitude of the entire galaxy.

Hubble’s discovery was a milestone in astronomy, as, using the Cepheid Period-Luminosity relationship, he determined a distance of 214 kiloparsecs or 698,000 light-years. This was the first system beyond the Magellanic Clouds to have its distance determined. This also disputed Harlow Shapley’s value of 300,000 light-years for the size of universe and was able to settle the “Great Debate” of 1920 between Heber Curtis and Shapley over the scale of the universe. This also solved the debate over the “spiral nebula”, as it became evident that all spiral nebulae were in fact spiral galaxies far outside our own Milky Way.

Barnard’s Galaxy was discovered by E. E. Barnard in 1884, from whom it got its name, with a six-inch refractor telescope.