The Lynx Constellation contains five stars with known planets and five named stars. The approved star names by the International Astronomical Union (IAU) are Absolutno, Alsciaukat, Gloas, Koit and Stribor. The brightest star is Alpha Lyncis, which has an apparent magnitude of 3.13. There are no Messier objects and no meteor showers associated with the constellation. 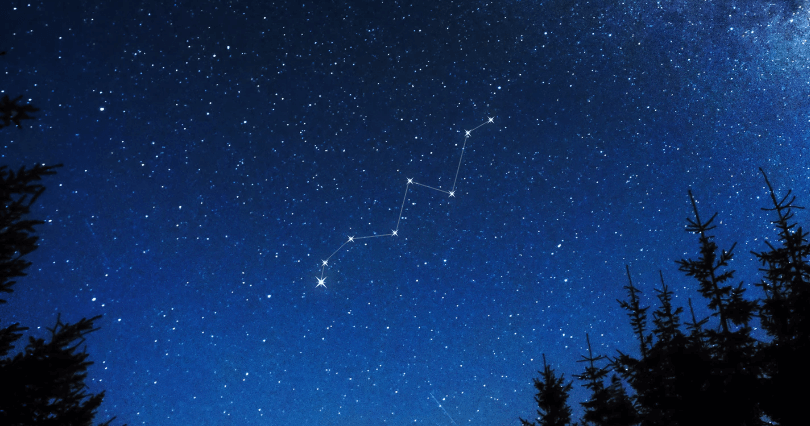 History and Mythology Of The Lynx Constellation

While the constellation of Lynx has an interesting history, it is not usually associated with any myths. Hevelius created the constellation to fill a relatively large gap between the two neighboring constellations, Auriga and Ursa Major. The constellation is very faint, with no stars brighter than fourth magnitude, and so it was named Lynx because it took the eyesight of a lynx to see it. 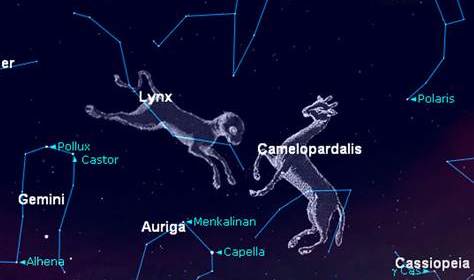 Some of the stars in Lynx have been documented by the Greek astronomer Ptolemy in the 2nd century, but only as “unformed” stars near Ursa Major, and not as part of any constellation.

The mythological figure that Lynx may be associated with is Lynceus, who sailed with Jason and the Argonauts. Lynceus was said to have the best eyesight of all men and could even see things underground.

Location Of The Lynx Constellation

The constellation of Lynx is the 28th largest constellation and occupies an area of 545 square degrees. It lies in the second quadrant of the northern hemisphere (NQ2) and can be seen at latitudes between +90° and -55°.

Its right ascension is 8h and its declination is +45°. It is best visible at 9pm during the month of March. Lynx is most readily observed from the late winter to late summer to northern hemisphere observers, with midnight culmination occurring on 20 January. The whole constellation is visible to observers north of latitude 28°S. 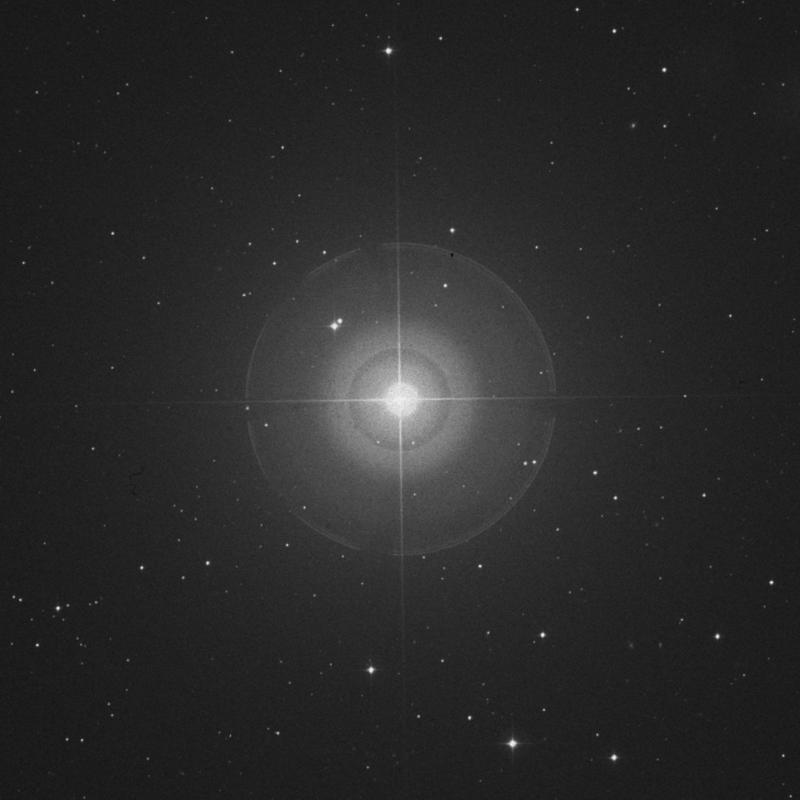 Alpha Lyncis, also known as Elvashak, is the brightest star in Lynx and the only star in the constellation that has a Bayer designation (a Greek letter and the name of the constellation in genitive form). It is a an orange giant that has moved past the main sequence stage and exhausted the hydrogen at its core, which puts it in the spectral class K7 III.

It has an apparent magnitude of 3.13 and is around 203 light years away from the Solar System. Its radius is 55 times that of the Sun and it is 673 times more luminous than the Sun. 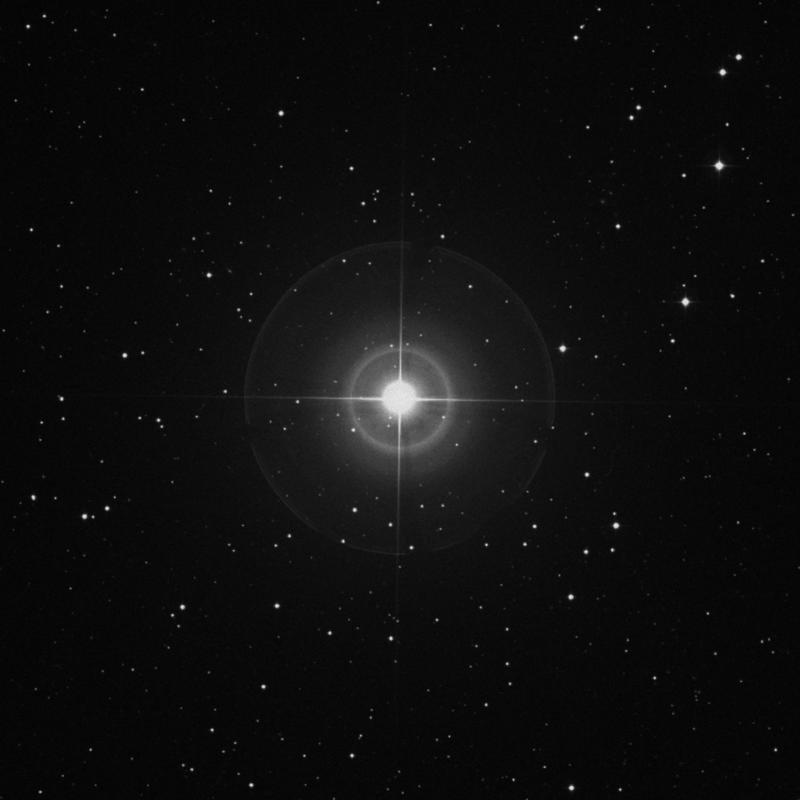 Alsciaukat, also known as 31 Lyncis, is a star that is very similar to Alpha Lyncis in radius and mass. It is an orange giant like Alpha Lyncis and belongs to the spectral class K4.5 III. It is also a variable star and is sometimes known as BN Lyncis, but its brightness only varies very slightly. 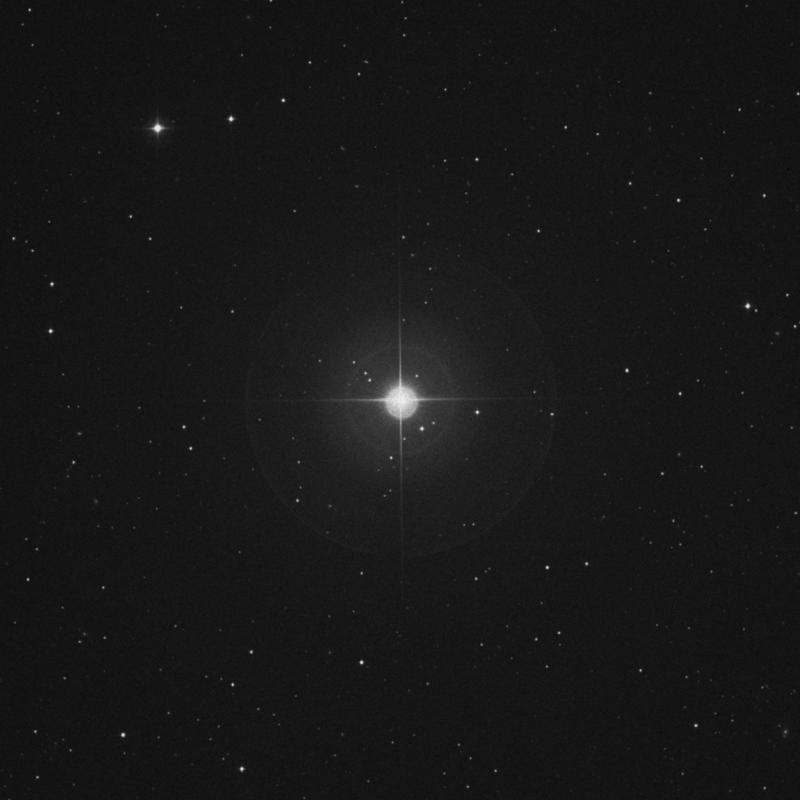 38 Lyncis is the second brightest star in the constellation of Cygnus, with a visual magnitude of 3.82. It is a binary star that belongs to the spectral class A1V and is located around 122 light years away from us.

The binary star is composed of a close pair separated by only 2.6 arc seconds. The brighter component is a class A3 hydrogen fusing dwarf that has a sixth magnitude star, which is either a class A4 or A6 dwarf, for a companion.

The primary component is a fast rotator with a speed of over 190 km/s at the equator, and is 31 times more luminous than the Sun.

6 Lyncis is a subgiant of the spectral type K0IV and has an apparent magnitude of 5.88. It is located 182 light years away from us and is around 15 times brighter than the Sun. In July 2008, a planet with at least 2.4 Jupiter masses was discovered in the star’s orbit, orbiting the star with a period of 899 days.

HD 75898 is a yellow subgiant star belonging to the spectral type G0IV, with a visual magnitude of 8.04. It is estimated to be 3.8 billion years old and is 262.82 light years distant from the Sun. In January 2007, a planet was discovered orbiting the star with the orbital period of about 418.2 days.

There are no Messier objects in the constellation of Lynx, but there are some interesting deep sky objects. 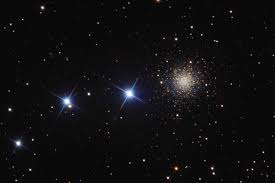 Intergalactic Wanderer, also known as NGC 2419, Caldwell 25 or Intergalactic Tramp, is a globular star cluster that was discovered by the German-born British astronomer William Herschel on December 31, 1788. It was first thought to be a star, not a cluster of stars. It got its name because was originally believed not to be in orbit around the Milky Way. This has been proven false since, and it has been discovered that NGC 2419 takes about three billion years to complete an orbit around our galaxy.

NGC 2419 is a Shapley class II cluster, which means that it is highly concentrated at the center, and has a visual magnitude of 9.06. 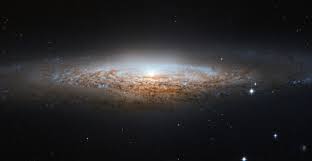 UFO Galaxy, also known as NGC 2683, is an unbarred spiral galaxy that appears nearly edge-on when observed from Earth, which is how it got its name. The galaxy was discovered by William Herschel in February 1788 and has a visual magnitude of 10.6. It is about 25 million light years away from us and is moving away from Earth at the speed of 410 km/s, and from the galactic centre at 375 km/s.

Bear’s Paw Galaxy, also known as NGC 2537 or Arp 6, is a blue compact dwarf galaxy (BCD galaxy) with a visual magnitude of 12.3. A BCD galaxy is a small galaxy that contains large clusters of hot young stars which make the galaxy appear blue in color.

NGC 2541 is an unbarred spiral galaxy. It is located around 41 million light years from the Sun and has a visual magnitude of 12.3. Along with Bear’s Paw galaxy, it belongs to the NGC 2841 group — a group of galaxies located in the constellations Lynx and Ursa Major.

NGC 2770 is a serial galaxy that has apparent magnitude of 12.0. It is located 88 million light years away from us. NGC 2770 has been nicknamed the ‘Supernova Factory’ because three supernova events have been observed in it in recent years. These are SN 1999eh, SN 2007uy and SN 2008D.

Some Images created with the NightVision app – https://www.nvastro.com/nvj.html